With GFOTV, GFOTY delves into the multi-faceted realm of television 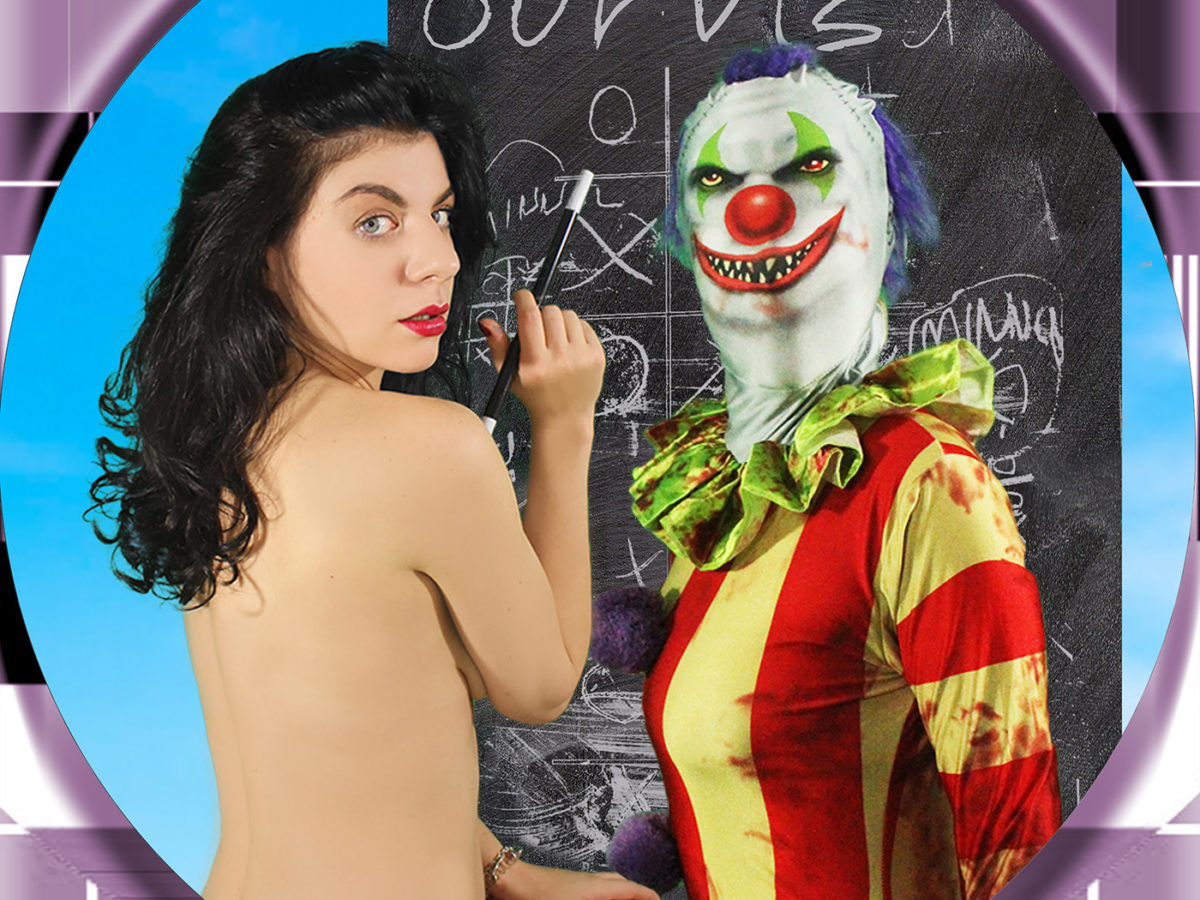 In the most GFOTY manner possible, GFOTY returns with GFOTV, an interactive body of work that makes a statement about television today with great purpose. Read our interview with the artist below.

Girlfriend Of The Year, otherwise commonly known as GFOTY, has manifested her new album titled GFOTV (“Girlfriend Of Television”). Comparatively to her previous discography, a collection of blissfully delightful deconstructed-turned-reconstructed electronic pop music, GFOTV takes a different approach (which has been shocking to most considering how unpredictable GFOTY is). The 11-track album is a conceptual body of work that mimics and critiques today’s television. Running 12 minutes long in total, tracks 1-10, as some have been responding to, are just one song split up into 50 second tracks, each of which have representative title tracks that summarize classic television shows, such as “Is A Teenage Witch” (Sabrina The Teenage Witch), “Under The Sea” (Spongebob), and “Go Home Roger” (Tia & Tamara). Other shows are more ambiguous and generic, such as “Schoolfriend Drama” and “Youthful and Rich,” which makes it harder to identify which show she’s talking about, but maybe that’s the point GFOTY is trying to get at.

When asked about her inspirations for the album, she told HighClouds in an interview, “I have television. It’s heavily inspired by the shows I watched growing up which kept me busy focusing on unimportant stuff, which is sometimes very necessary to do.” Drawing parallels to classic shows from her childhood in a classically audible GFOTY fashion, GFOTY, much like the rest of us, used television as a kid to distract herself from the experience of growing up. We flip through each and every channel until we decide what show or segment we want to watch — some shows are more memorable and personal favourites, while other shows are quite generic and frankly the same to one another. Regardless of what she ends up watching, the medium is all the same. That’s what GFOTV is all about. Short bursts of tracks, some narratives of which are more specific than others, and all of which have a similar sounding instrumental that seamlessly transitions from one track to another.

The album artwork mimics a classic BBC test card that was aired in the ’90s, where a young girl sat with a clown to play a game of naughts and crosses together. As for “Our Visa” written on the chalkboard behind them, this could be an allegory to both her maturity and to the consistent outpour of the reality of our political climate in today’s media. With hopes to distract herself much like when she was a child, GFOTY can’t help but to feel consumed by real-world issues such as immigration policies.

For GFOTY fans that were hoping for lengthier, traditionally-GFOTY tracks, this is almost as “GFOTY” as you can get. She has always been one for product placement and straight-forward simplicity (such as her moody “Don’t Wanna / Let’s Do It” and thirst-quenching “Red, Silver, and Blue”), so for her to place both herself and the products of television as the focus in this conceptual TV-fueled album makes sense. “GFOTV is for my fans,” she says. “For people to have fun, for people to create, for realizing music has no boundaries, for helping people realize they can do whatever they want whenever they want, and they should do it and not ever worry about what people will think or judge.”

Along with the release of this album, she’s offering 7 green screen music videos that’ll allow fans to “make your own GFOTV shows,” exclusively available on her Bandcamp profile. Additionally, all proceeds from GFOTV purchases will go to Mind, a mental health charity that provides advice and support to empower those that mind need the extra push of encouragement for a clear mind. “It’s super important that everyone knows that they have someone to talk to when they aren’t feeling very good within themselves for no matter what reason,” she proclaims. “And just as importantly (or maybe more), that the people who don’t directly suffer from mental health issues can learn, read up, and ask about it so they can try to understand what it feels like and therefore help the people they love by listening and understanding a bit more.”

Track 11, titled “Goodbye,” is the 4-minute closing track on GFOTV that provides closure to the journey that was just embarked. The melodic piano ballad, refraining of any vocals/lyrics, speaks for itself – serving almost as the closing score for a TV drama, there’s a moment of self-reflection and clarity that is provided. As she constantly reminds us, “GFOTY is a state of mind, and it’s important we don’t forget that.”