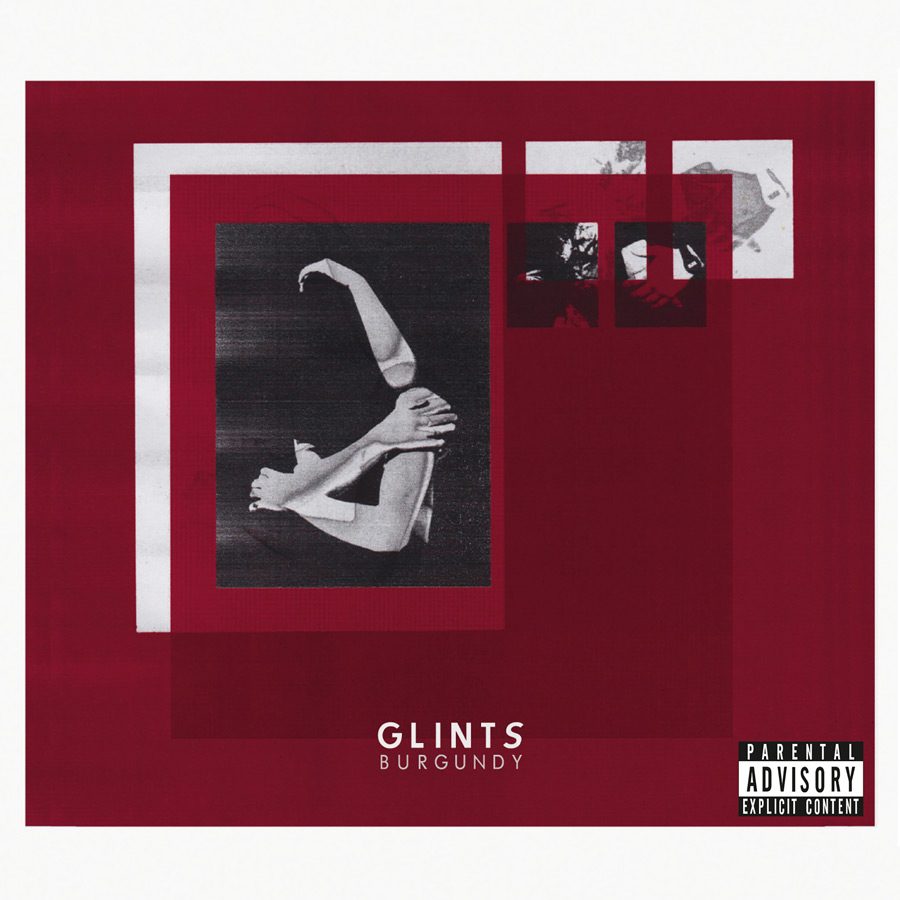 Otherworldly hip-hop is the way Belgium’s own Glints describes his music. With his sophomore EP “Burgundy”, the singer and MC floats a wide array of winding rhymes over far-reaching terrains of production – making good on that promise of extraterrestrial vibes, while sometimes not venturing out quite far enough.

With the opening track, “Makeshift Idol”, we’re immediately transported to a place that sounds somewhere in between a jungle and a broken clock… in a good way. Thick live instrumentation, adventurous percussion, and crystal clear mixes quickly become a constant across the beats of “Burgundy”, setting a high musical bar to be reached not only by the album’s vocal contributions, but by any producers in looking to stand out from the front of the pack in 2017. The instances where these same qualities do spill over to Glints‘ vocals – such as the vocoded passage on that opening track, and the tight harmonies of “Egotism” – make for a perfect one-two punch of production and performance that becomes the overall highlight of the EP.

Glints’ “Burgundy” EP simultaneously leaps ahead and falls short, with a disappointing disconnect between the mode of expression being chosen and the one the music is calling for.

That brings us to the centerpiece of this EP: Glints‘ rapping. The best thing there is to say about it is that the lyrics are steadily delivered with conviction; the worst would be that it often verges on resembling a spontaneous freestyle between friends, with more than a few forced, clumsy flows and painfully obvious rhymes. Take a bar like “Now time has been movin’ on, and by now it’s proved us wrong/Goddamn if anyone lies the repercussions will be – more than strong” from “Lucky Few” or “When feeling blue, I am bound to do /All the things that will end up disgusting you” from “Catalyst”.

Those lines and others just feel excruciatingly goofy in the moment, detracting from some of the amazing production taking place, and begging the question as to why there couldn’t have been more than a handful of singing parts – all of which felt much more enjoyable and natural. Had the same bars been spit over lesser instrumentals, the EP as a whole may have been a total dud. But, with the saving graces of excellent production and perfectly viable, painfully underutilized singing – they represent missed opportunity more than anything else.