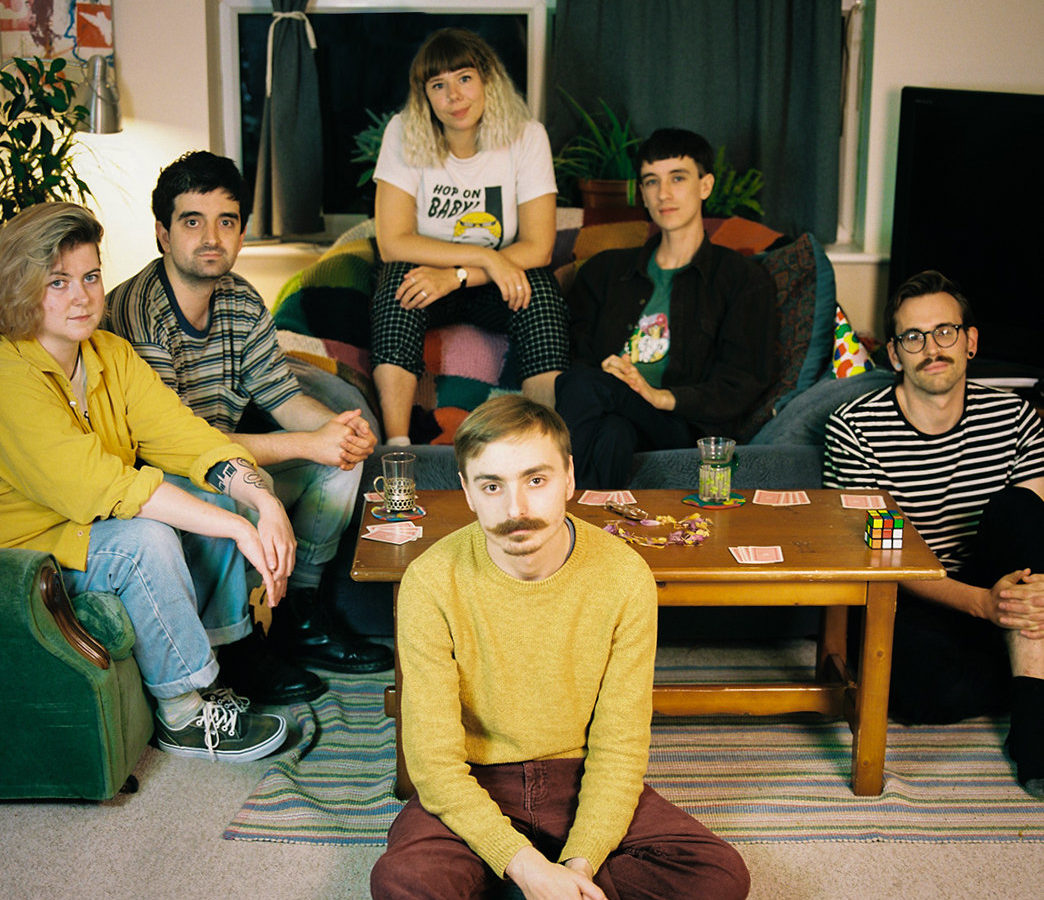 Hamburger had just started cooking when the pandemic hit. The Bristol-based group– a band composed of Doug, Fearghall, Katie, Liv, Mike, and Tom who, in true DIY-fashion, prefer to omit their last names– formed before lockdown and planned to really make a go of it. By early 2020, they’d nabbed a few support slots, released a couple of respectable singles, and signed to Specialist Subject Records. Then, the world stopped. However, Hamburger‘s sizzle didn’t come to a cool. Instead, they’ve built on the momentum. Their most recent release, “Supersad,” is a single that spells big things in advance of their debut EP “Teenage Terrified,” due out this December.

As its title suggests, single “Supersad” isn’t exactly a song about skipping through a field with friends. That said, the track isn’t a total bummer, either. “You made me supersad / By dumping me in the trash,” the opening lyrics begin, setting the mood for a gloomy, familiar description of a relationship gone sour. However, the song takes a turn as it continues, “No toxic waste and not a spider bite / Could give me power to put my heart back right.” The next verse builds on this imagery, “My tough arms can tear you limb from limb / And sharp teeth just wanna dig on in / Yeah, I can fly or turn invisible / But it’s no good I’m fucking miserable.” By pairing dark, pessimistic lyrics with hyperbolic language stolen straight from the pages of an old comic book, the band transports listeners to a slightly altered reality where super strength, invisibility, flying, and similar superpowers exist. In doing this, Hamburger reveal a superpower of their own: the ability to give commonplace situations a fantastic sheen. This is just one quality that sets Hamburger apart from similar yet comparably lackluster garage bands.

Setting aside their sophisticated lyrics, Hamburger‘s musicianship also gives the group an edge. To put it bluntly, “Supersad” shreds. The band builds upon a simple, ascending guitar riff that repeats throughout, creating a head-nodding soundscape that’s contagiously catchy and cool. However, the superglue that really holds the project together is lead singer Fearghall‘s inimitable vocals. His unique voice is similar in a sense to that of Chicago-based Whitney‘s Julien Ehrlich. At first, his vocal distinctiveness is almost off-putting– it sounds too high-pitched, too breathy, too downright strange. However, the more one listens, the more these idiosyncratic vocals blend with the backing to create a euphonious experience with Fearghall‘s singing serving as the backbone. As Hamburger‘s audience grows, listeners will certainly be drawn in by the creative lyrics, roaring guitar, and cool kid attitude. However, fans will stay for Fearghall‘s truly one-of-a-kind vocal performances.

2020 has robbed music lovers blind. That Hamburger isn’t currently selling out packed venues of sweaty admirers is a shame, but singles like “Supersad” show that all is not for naught. The fact that this band can turn heads– even with audiences trapped inside their own apartments– is a testament to the group’s undeniable talent. “Supersad” is a single best served hot, so listen to the track now before Hamburger‘s heat forces you out of the kitchen.

END_OF_DOCUMENT_TOKEN_TO_BE_REPLACED 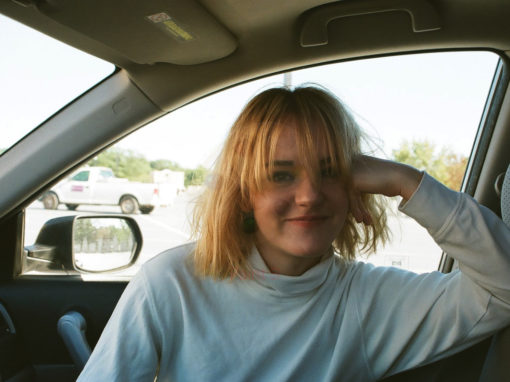 Harlan releases blistering ode to self doubt and insecurity with “Anyways”

“Anyways” is taken from Harlan‘s self-titled debut album, to be released in June 2019. Opening your heart and bleeding all