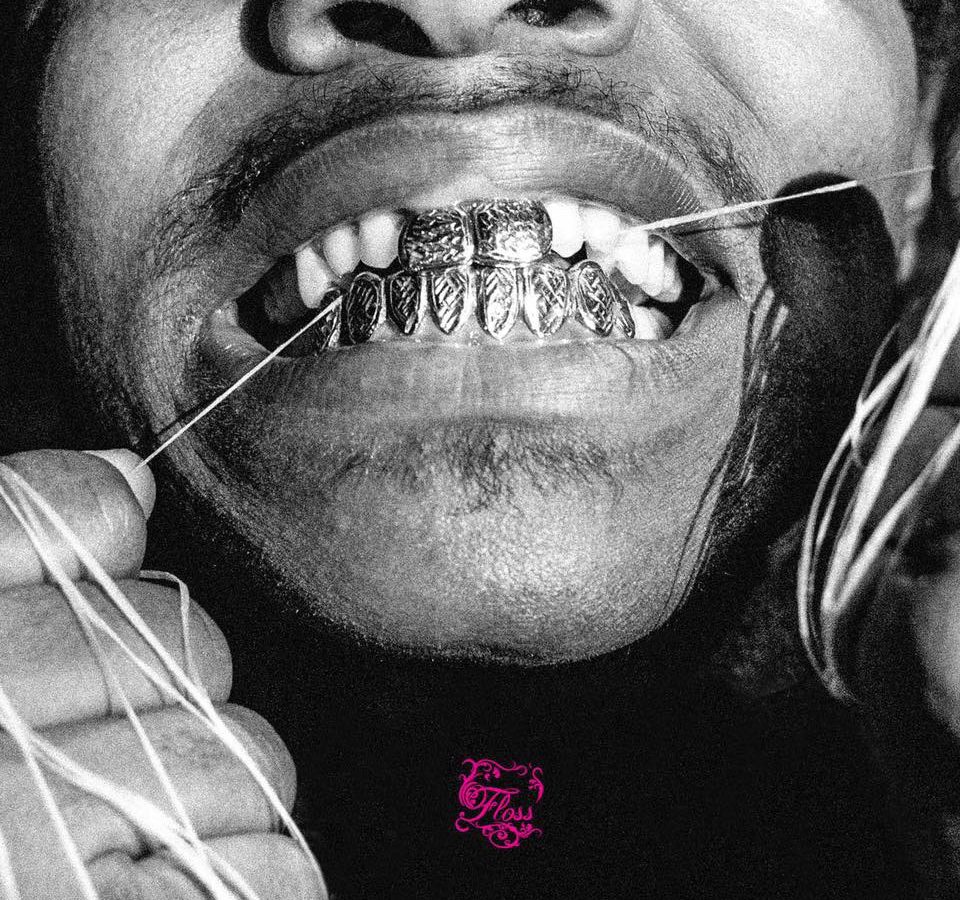 After having made some serious waves in the underground hip-hop scene with their 2015 debut, “Live from the Dentist Office”, Injury Reserve are back with their new album, “Floss“.

The Arizona trio, made up of MC’s Steppa J. Groggs and Ritchie With a T, along with producer Parker Corey, uses this sophomore effort as a chance to be unapologetically themselves – mixing an abundance of high-octane, charismatic bangers with a handful of softer, more personal moments.

To dispel any potential confusion, Ritchie With a T makes it immediately clear on the opening track, “Oh Shit!!!”, that “this ain’t jazz rap, this that spaz rap”. And, aside from a handful of cuts like “S On Ya Chest” and “All Quiet on the West Side” that feature beats utilizing some gorgeously smooth jazz samples and instrumentation, I’m more than inclined to agree. Whether or not “spaz” is quite the right word for it, there’s no doubt that “Floss” is bursting with energy and aggression, which takes the form of everything from blatant yelling, as on “Eeny Meeny Miny Moe”, to more focused, rapid-fire bars that can be heard on cuts like “Back Then”. As a result, “Floss” often feels somewhat like the hip-hop equivalent of a car with a brick placed on the accelerator.

On “Floss”, Injury Reserve strictly follows the age-old advice to “be yourself”, resulting in a mixed bag of unique successes and equally unique failures.

Ritchie With a T and Steppa J. Grogg’s immense charm and confidence are what make the good verses on “Floss” great, and help some of the more mediocre verses remain enjoyable. But, while both rappers have their fair share of highlights throughout- with the chemistry the duo displays on their shared “What’s Goodie” verse coming to mind as a shining moment for both – they’re each guilty of spitting a fair amount of “filler” bars, which deeply lack the substance they’ve proved they can deliver elsewhere on the album. Furthermore, nearly every hook on the album seems to have some fatal flaw. Whether it be the grating shouting I mentioned earlier, the incessant repetition on tracks like “Girl With the Gold Wrist”, or the outright confusion marring the chorus of “S On Ya Chest”, Ritchie and Steppa struggle to deliver a refrain that doesn’t detract from the overall song.

The unsung hero of this new Injury Reserve‘s project has to be Parker Corey, whose varied yet cohesive beats help make it the fun listen that it is, even in the face of some of its vocal shortcomings. Despite never saying a word, Parker has an exceedingly distinct musical voice and range, possessing as much of a penchant for making the hardest beat you’ve heard all month as he does for crafting an instrumental that’s thoroughly smooth and nuanced.

Injury Reserve’s greatest moments come when Ritchie and Steppa find themselves hitting their stride over an especially killer beat, as is the case with “Keep On Slippin’ (ft. Vic Mensa), which is arguably the best song here. It’s an amazingly refreshing breath of cool air in the midst of an often frantic project, and features a rare yet great instance of heartfelt singing, along with emotional verses centered around a theme of deteriorating mental states, making for a very strong, very personal track. Just pretend you didn’t hear Vic Mensa drop the line “Jamaican me crazy” with a straight face, and all will be good…

“Floss” is not perfect, nor does it sound like it was meant to be. While lyrical inconsistencies and botched hooks are among the issues that detract from the overall quality of the album, an incredibly strong array of beats and an abundance of charisma make the album a fun project that’s still worth blasting over your car stereo.