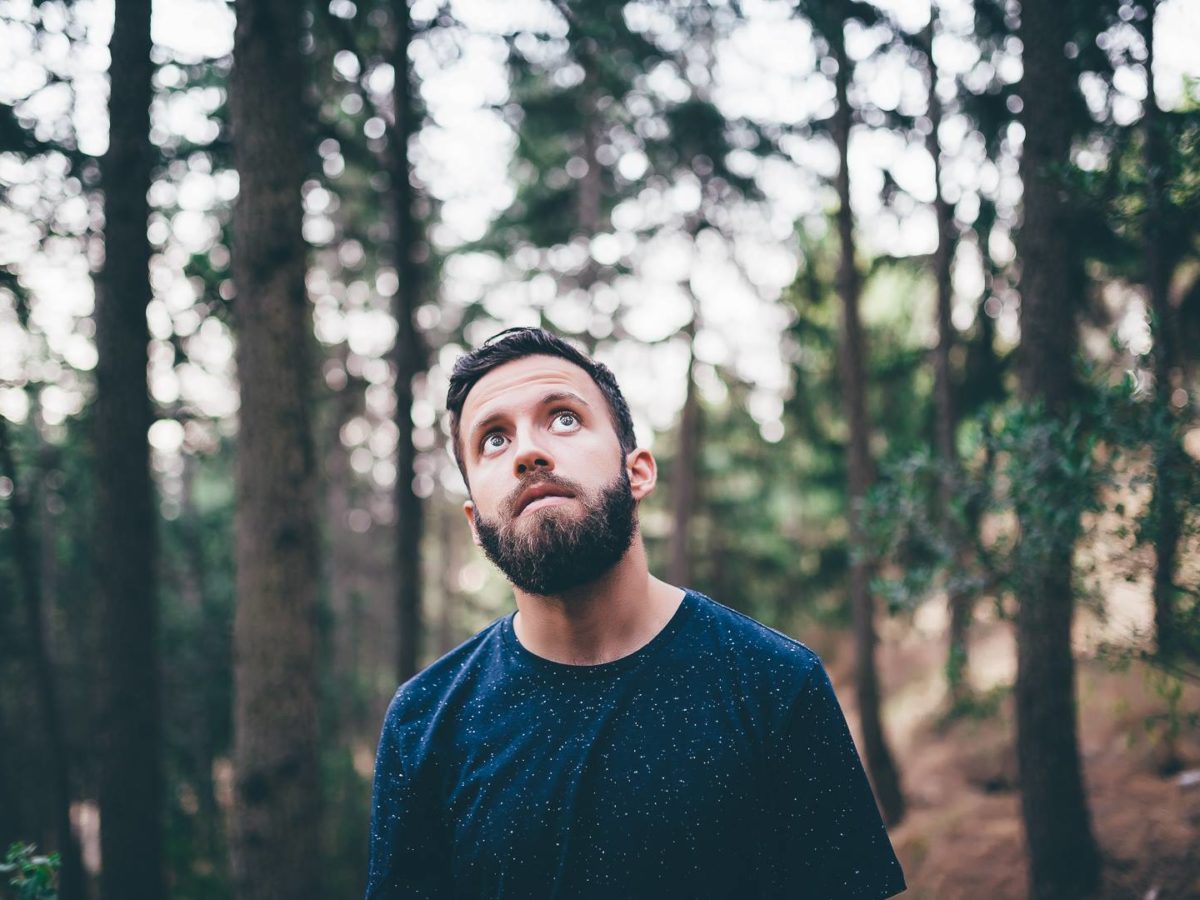 Valencia-born, Barcelona-based Daniel Belenger aka Bearoid is one of the most interesting musicians on the Spanish electronic scene. With his new release, “Enemy”, the 27-year-old artist continues to make us dance the problems away.

The singer, songwriter, producer, guitar and keyboard player, who got his breakthrough in 2016, by performing at Primavera Sound Barcelona talks about his work, his inspirations and what we can expect from him in the future.

How would you describe Bearoid for those that still don’t know who you are?

Bearoid is my electronic pop project I started two years ago, I produce and sing everything. Everything I do, be it old or nu disco, house, soul or R&B, is created with the intention to make you dance, feel and forget about your problems for a while. I’ve played live by myself or with the band at several festivals such as Primavera Sound, Vida Festival or Festival de Les Arts, where I or we try to make everybody move and be part of it.

You have released two EP’s – “Sleep” in 2014 and “Dawn At Home” in 2015. Since then, you have released the groovy “Out of My Mind” and now your brand new single “Enemy”. Is there a new EP/LP coming soon? And what can fans expect from your upcoming work?

I’d like to have an album by the end of next year but it all depends on how people react to these singles that I drop every once in a while. An album requires a huge amount of time and work, so I’m waiting to build up some momentum for it to be heard as much as possible.

I’m not sure about the style, sometimes I feel more organic and sometimes more aggressive and electronic, but it’ll still be the same idea behind: groove, warmth, sexuality.

Speaking of your latest single, we could say that “Enemy” has a more sexual approach compared to your previous work. What was the inspiration behind the song and, especially, the video?

I was in the train looking at people thinking of how far we are of the people we don’t know. We share space and time but we’re not allowed to trust each other. I then started imagining that a random girl and I started making out without knowing each other, we just felt attracted for each other. That gave me a really strong feeling of freedom and sexuality, and I imagined everyone around making out, forgetting about mental barriers.

It’s a song about pansexuality. It’s dark as a room at night, but full of love and warmth. It came really easy to me, I knew I wanted to call it Enemy and the chorus was the first thing that appeared.

The music video for “Enemy” grabs the idea of sexuality between the unknown and takes it to the universe of inanimate objects, where things that are not supposed to go together get intimate, where you can see the beauty in the love between elements that do not fit one another without judging if it’s wrong or right, normal or strange.

The video is made of a series of colorful still lines where daily objects interact with the help of human hands, and the interaction goes in crescendo as the video passes through five chapters, five physiological stages that tell the story from the beginning of love to its culmination.

“Enemy” is a song about pansexuality. It’s dark as a room at night, but full of love and warmth – Bearoid

And as a musician, in general, what inspires you in your songwriting process?

Moments, stories that I make up in my mind, other musicians, other forms of art… It’s really hard to tell what’s going on in your head when you’re inspired. You just listen to what your brain is saying and write it down, if you try to analyze it the inspiration goes away, it’s like trying to sleep, you can’t force it or think about it.

Your songs are usually in English, however, you did a cover of “Antes de Morirme” featuring Lya Lux. Could we expect some original material in your native language soon?

I’d actually love to, I don’t know if it’d fit in Bearoid, maybe in another one, but I think there’s a huge lack of productions in styles such as Nu Disco or Chillwave in Spanish. With that cover or with my remix for Amatria’s “Me Falta Algo” I’m trying to show there is a way that works.

Finally, what are the current songs that you have been listening on repeat?