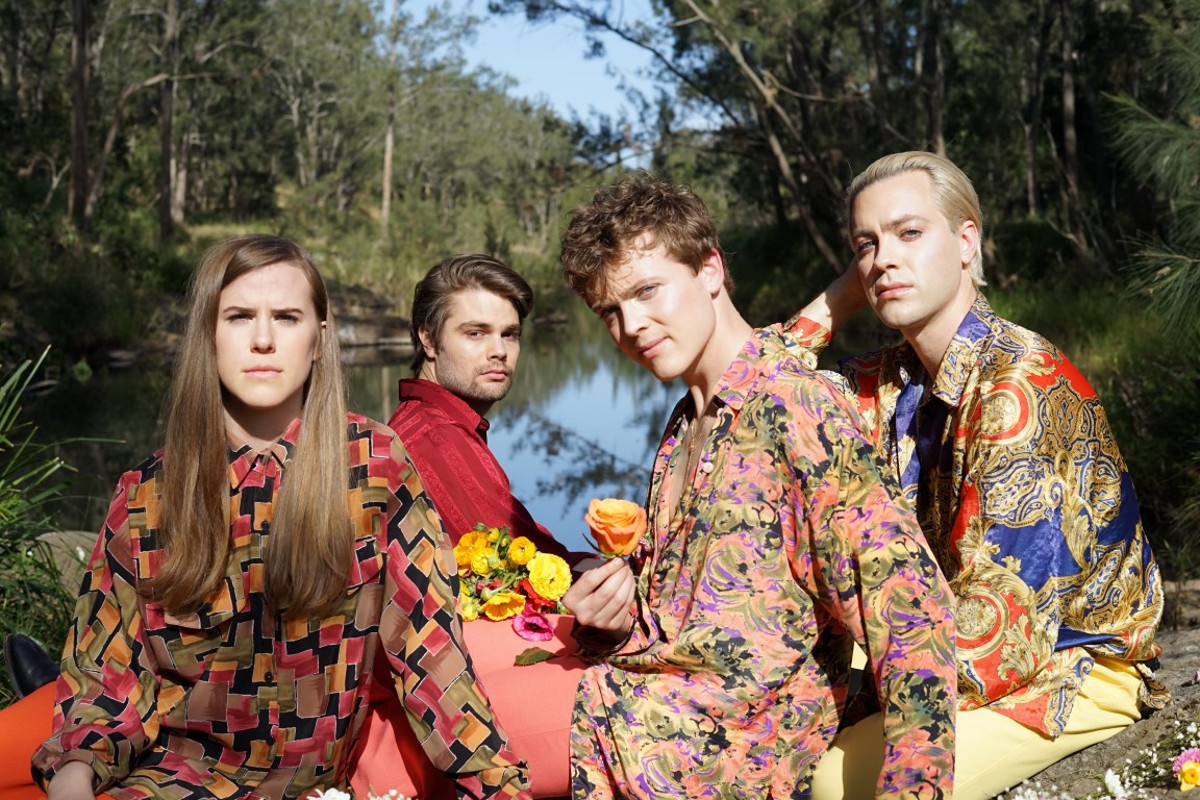 Brisbane-based band Cub Sport have had a great year in 2017. We got the chance to dive into it with its lead singer Tim Nelson while also chatting about what’s next.

A few months after sharing their debut LP “This Is Our Vice” in March 2016, the four-piece band put out their second album “Bats”. It was released just when their lead singer made his coming out to his bandmates and to the world. We reflected with him on this period of time, the fan response to the album, and what we can expect from them in 2018.

Your second album “Bats” was released last year. How do you feel now that the album is out, especially considering the response that you got from fans?

I feel great about it – the response has been really meaningful. We’re touring the album now and it’s amazing getting to bring this new energy to the live stage and hearing people sing along to all the new songs!

What kind of evolution did you notice since you first started doing music?

Cub Sport has always been a reflection of where I was at in my life, both lyrically and sonically. I’ve kind of grown up doing this and I feel like our discography reflects that. Coming out as gay in 2016 changed a lot – it allowed me to be much more open and honest in the music we do and I feel like I’m attaining the confidence to pursue this creative vision I was always too scared to follow.

What’s the hidden message behind the video of your last single “Good Guys Go”?

I don’t know if there’s anything ‘hidden’ – actually, kind of the opposite. I really just wanted this video to zone in on the rawness and vulnerability projected by the candidness of the song. It was all shot in real time on a single roaming camera by our mate Joe (Agius). Sam was the only other crew, so it felt really intimate, raw and real.

Your music has become unapologetically queer in 2017. Can you explain that process and why?

I think it’s just a case of feeling more comfortable and confident following our creative vision. We want to inspire others to embrace their true selves too!

Sam and you have been pretty open about your love. How do you think it changed the perception your public has of Cub Sport?

I feel like it’s given a lot of context and meaning to what we’re doing which has strengthened our personal connection with the people listening to our music.

“I feel like people have been making more of an effort to smile when they see us holding hands” – Tim Nelson about Australia’s same-sex marriage bill.

Did the fact that you are so open about it change the way to create music together?

I’ve made a conscious effort not to censor what I’m writing about ‘cause I feel like that openness is what feeds my own genuine connection to the music which then feeds into the connection with listeners.

What did change after Australia opened same-sex marriage a few months ago? Not only for you guys because you are engaged, but more generally to queer people all over the country?

I feel more comfortable and supported in day to day life here now. Knowing that the majority of the nation believe that we deserve equal opportunities to any heterosexual person means a lot. I feel like people have been making more of an effort to smile when they see us holding hands… just little things like that!

You are going to be touring in the US & Canada soon. Which places are you most excited to play?

Everywhere! We have especially fond memories from our show in Salt Lake City from our last US tour – there are a bunch of people who drove 3-4 hours to come to show and it was really special. We all hung out after the show as the sun was setting and it was such a good vibe! We’re super excited to play another show there!

2017 was definitely an amazing year for you guys: 2 albums, an engagement… what can we expect from you this year?

A whole lot of touring, a wedding and keep your ears out for some new music too!

Cub Sport will be playing in the US and Canada in April and May, check the dates here. They will be also playing in London and Amsterdam on the 8, 9 and 13 of May.