Interview with YellowStraps ahead of “BLAME” EP release 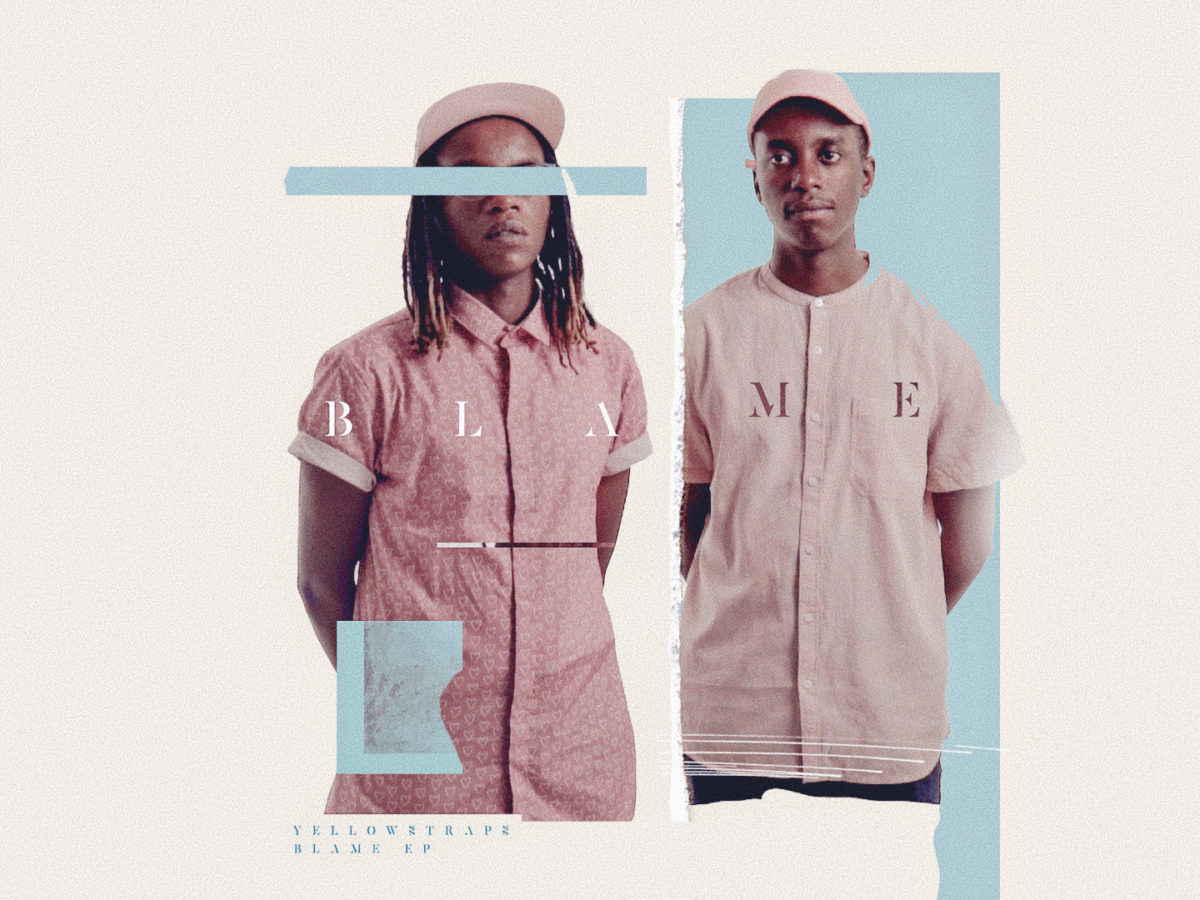 YellowStraps will release “BLAME” their 4-track EP on April 20 via Majestic Casual. The Belgian band previously teased it with singles “Like Magic” and “Nights Up”. The follow up “Blame” is an interpretation of how selfish love can sometimes be.

Comprised of the two Murenzi brothers Yvan (vocals) & Alban (guitar & beats) with Raphael Starkier on the drums, YellowStraps reflect on life and relations between people in their music. To start off, Alban usually makes a beat and finds a melody to it while Yvan writes lyrics before bringing everything together blending jazz, neo-soul, hip-hop and electronic music. After two years of radio silence, and two new EP’s on the way there was a lot to discuss.

Highclouds: Growing up, did you always want to become musicians together?

Not really, it just happened naturally. We started playing around with instruments (guitar, ukulele, xylophone) when we were around 13 and Yvan started singing for fun. We were mainly doing covers at the start but we decided to write our own songs just to see how it would be.

I guess it turned out pretty well ! You just got signed to Majestic Casual Records, how did that come about?

Your new single “Blame” is our favourite song on the upcoming EP, a real springtime gem. What was it like making that song?

Thanks a lot! We’ve had a demo of this track for more than a year now and we felt like there was something missing. We asked Lennard Vink (VYNK) to come over to Brussels to chill and record some keys on it. We knew that is was going to be great, so we let him record a couple ideas. The saxophone player you can hear on it is a friend of ours called Brice Clausse who also contributed to our debut album with Le Motel called “Mellow”.

It sounds like you collaborated with some talented people on this project, can you tell us more about them?

Actually, all the tracks are co-produced by our friend VYNK. He is a genius keyboard player and multi-instrumentalist from Rotterdam. He plays with a band that we are fans of called Day Fly. It’s easy to work with him as he understands our vibe, he is also one of the nicest person we’ve met: we are very proud to work with him. We collaborated with an Australian singer called St.South on the previous single. She discovered our music on SoundCloud a couple of years ago and really liked it. We sent her some instrumentals and she recorded some vocals which we’re very happy with.

How do you feel before finally releasing the EP in a month?

We are excited to release a new project and to be back in the game! We now work with Back In The Dayz for bookings and there is another EP coming in July! We took the time to listen to a lot of music and gather inspiration from various artists such as Daniel Caesar, Jordan Rakei, River Tiber, Tom Misch, Moonchild, Robert Glasper, Mr. Jukes, D’Angelo, JMSN, Smino, Cosmo Pyke, Henry Wu, FKJ, Mahalia, Monte Booker, Quickly Quickly, Persian Empire and much more…

“We already had a lot of stuff that could’ve been released even 2 years ago but we weren’t happy with it. It would’ve been “too easy” to release those songs…”

We can indeed hear that you’ve matured sonically. Did you need a break or more time to be “happy” with your work?

We really wanted to have a better musical quality and to create our own “sound” with all those influences. It took us a lot of time to build these songs up, especially in terms of lyrics. We really wanted to have a coherence between all the tracks lyrics wise. We did need a break to create new songs. We already had a lot of stuff that could’ve been released even 2 years ago but we weren’t happy with it. It would’ve been “too easy” to release those songs because it was almost the same vibe as what we already released. We wanted to get out of our comfort zone and create something new.

Finally, what’s the story behind your band name?

When I (Alban Murenzi) was around 15 I bought my first guitar (a black folk guitar) this yellow strap at the store and thought “this could be a great colour match with my guitar”. My brother and a friend of ours who used to play with us (Ludovic Petermann) both bought the same strap as mine. That’s how the name came out.

Get your tickets for their EP release party at “Les Nuits Bota” where they’re headlining with ULYSSE and Otzeki on May 3rd or catch them in July at Les Ardentes.