Irony Is A Dead Scene: A User’s Guide To Lo-Fi House 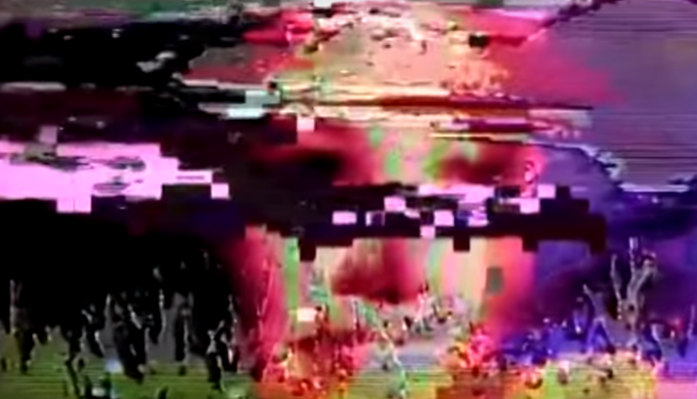 Let me ask you something: What would happen if weirdo internet aesthetics became attached to the faceless and humourless world of underground dance music? Answer: Lo-fi house.

It’s an internet-bred subgenre where beautiful pieces of emotional house are released by artists with names like DJ Seinfeld and Ross From Friends. Impossibly, it seems to be both very ironic and very heartfelt. It sounds like a stripped-back version of deep house coated with the nostalgia-soaked retro-futurism of vaporwave. It almost seems like the first music that Skynet might make when it first attains consciousness and is failing to understand and replicate the internet’s various cultures.

Lo-fi house is hardly new, though. It is essentially a rebranding of the music that some were calling “outsider house” a few years ago. Musicians like Delroy Edwards, Huerco S. and Anthony Naples stripped back dance music to the gritty necessity of kick drum and moody futuristic atmosphere. Many of these musicians had backgrounds in scenes like noise, ambient or punk, bringing a focus on stripped-back rawness from those genres. Appropriately, their music was rough, distorted, experimental, and about as serious as noise and punk scenes tend to be.

Vaporwave, by contrast, is known for trading in irony and postmodernism. Age-old feelings of disconnection, loneliness and existential nausea are appealed to in a semi-ironic manner. The music, meanwhile, features slowed down and cut up samples from kitschy 80’s pop or muzak. Unlike outsider house, vaporwave is a music that is dense with a symbolism as important as the music itself. The culture is essentially halfway between a music scene and an internet meme — reading the comments on vaporwave YouTube uploads can often be half the fun. Its visual aesthetic blends VHS visuals, advertising, early internet design, a fascination with Japan and sculptures of the classical world into its own distinct vision. This visual-heavily culture is essentially the dominant language of many of the more hipster parts of the internet.

Combining these two cultures leaves lo-fi house resembling melancholic 90s deep house recorded to cassette and packaged with a veneer of internet-age irony. It’s sad, but knowingly so. Nostalgia and memory are linked to old technology, effortlessly connecting the degradation and warm distortion of analogue sounds with memory’s own rose-tinted failings. Vaporwave-ish touches include pitched-down, reverb-heavy sampling and cheesy sounds like the Yamaha DX-7 keyboard. The hazy, minor key ambience of the music soundtracks loneliness just as well as the collective euphoria of a dancefloor.

This is a scene that started in no one place at any one time but through the internet’s ‘global village’. Producers from Australia (Mall Grab), Spain (DJ Seinfeld), the UK (DJ Boring, Ross From Friends) simultaneously came up with similar ideas (and names). Each of the producers was responding to similar societal, technological and musical stimuli. It was curated by record collecting channels like hurfyd, Slav, and OOUKFunkyOO, and driven by the neural networking of YouTube’s recommended videos feature. These YouTube recommendations have been key. As Jeff Ihaza wrote in his article on the scene:

YouTube’s recommendations are so smart — and account for subtleties in ways that other platforms still don’t — that it effectively became a radio station for underground labels to scoop up fans.

YouTube has further importance here with many of these channels adding vaporwave-ish, dated video footage to the tracks as music videos. This provided the usually visual-averse underground dance scene with something a bit different, making the music just as likely to appeal to stoners as ravers. 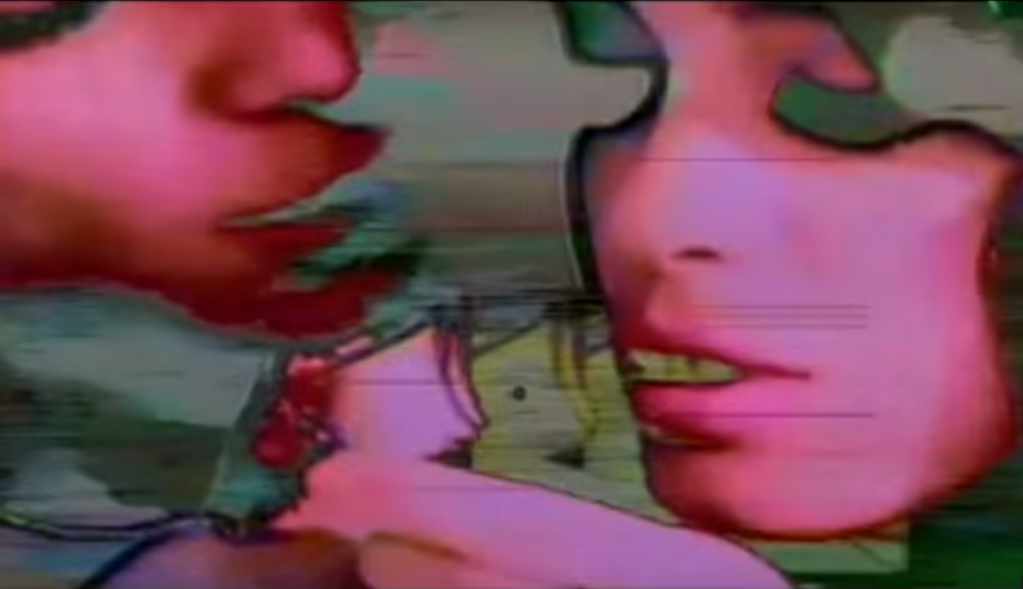 Lo-fi house itself is fuelled by a backlash to the professionalism, popularity and polish of EDM. The back-to-basics approach of the genre is itself hardly musically innovative.

The possibility of this kind of simultaneous global scene didn’t start with the internet, though. Australian band The Saints independently arrived at a ‘punk’ sound in 1976, despite their geographic distance from London or New York, through their love of quintessential ‘proto-punk’ bands like The Stooges and The MC5. Musicians worldwide can similarly respond to a love of the same precursors and a hatred of the same popular artists. Music is almost Newtonian in this way: sounds and genres often have an equal and opposite reaction. Lo-fi house itself is fuelled by a backlash to the professionalism, popularity and polish of EDM. The back-to-basics approach of the genre is itself hardly musically innovative. It draws heavily on house and techno’s origins in Chicago and Detroit minimalism, music that was often fairly lo-fi and DIY in the first place. The instruments used are often analogue sounds (or reproductions) such as the semi-mythical Roland 808, 909 and 303 instruments. These sounds are considered to be more ‘authentic’ than the complex CPU-intensive sounds that can be made on modern production software (think of the sounds in your average Skrillex track). The added layer of postmodern irony appeals to the art-school weirdos whose use of words like ‘postmodern’ excludes them from the assembled beautiful people at the EDM festivals.

A certain kind of person seeks this musical authenticity in the ‘purer’ music of the past. The ideas that drive this movement originated in the Romantic obsession with the ‘folk arts’, and folk music particularly. This belief system involves the cherishing of an old way of life, focusing on community and ‘authenticity’. It often involves middle-class, left-leaning, college-educated types (hipsters basically) romanticising music that belongs to an ‘outsider’ community (black, poor, gay, etc.). They believe these cultures are pure and untainted, standing outside the ‘sickness’ of mainstream society. This type of thinking tends to attract those of us that didn’t really feel they fit into mainstream society anyway. Often the roots of a currently popular music are sought out and declared to be the ‘authentic’ source of the current ‘bastardised’ trend. The Delta blues revival, for example, valued the lo-fi analogue hiss in records by acoustic blues singers like Robert Johnson (who was never popular in his own time) to the cleaner, and then popular, sounds of electric blues and rock ‘n’ roll. This romantic idea has driven many backlash/revival movements from punk to trad jazz, throwback 90’s rap to northern soul. Of course, each movement is different but certain similarities appear in the use of old technology, the stressing of ‘otherness’ and a firm belief in new music as being too ‘commercial’ or made by sell-outs. 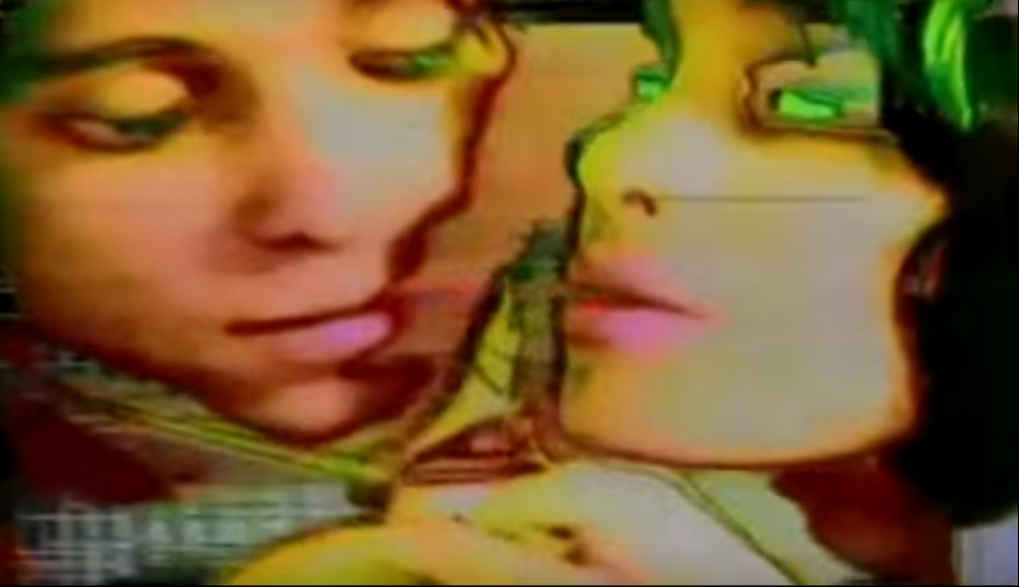 By using lo-fi production and old analogue synthesisers, producers symbolically attempt to detach themselves from modern technology and ‘commercialism’.

Lo-fi house, then, claims the authenticity of old Roland synthesisers, it also leans heavily on the ‘blackness’ of early Chicago house, which often used lush chords like minor 7ths to link itself to jazz. By using lo-fi production and old analogue synthesisers, producers symbolically attempt to detach themselves from modern technology and ‘commercialism’. All of this can be summed up by a belief in these sounds having more ‘soul’ or ‘humanity’ than those found in EDM. If science fiction has taught us anything, though, it is that the difference between human and machine, real and artificial is almost arbitrary. A complex enough computer can imitate any signifier of ‘soul’ you throw at it. That doesn’t mean that these musicians aren’t sincere about believing they hear ‘soul’ in old house music, just that logically this is pseudo-mystical nonsense. Seeing as we’re all at least a little bit infected with romanticism, though, emotion will often win over logic. Maybe when it’s this much fun we should sometimes let it.

Now, on to the tracks themselves:

First off, the essential tracks from this genre/sound are ‘Talk To Me You’ll Understand’ by Ross From Friends, DJ Seinfeld’s ‘U’, DJ Boring’s ‘Winona’ and Baltra’s ‘Fade Away (Vocal)’.

‘Talk To Me You’ll Understand’ is the archetypal track of this scene, it is possibly also the best. It is a track that has distorted muted beats under a gently repeating series of minor 7th chords. On top of this it has the best hook in the whole genre with the sung vocal of the song’s title. At one point the track breaks down for a guitar solo that could come straight from the 80s.

‘U’ is also a surprisingly beautiful piece of music from an artist with such a dumb name. The song itself lacks a trace of irony in its moving piano house ode to a dead relationship.

‘Winona’ is an impressionistic track that features a repeated sample of Winona Ryder talking over distorted drums and dreamy chords. The bass sounds like your phone vibrating on a table. Probably the least interesting of the genre’s ‘big tracks’.

Mall Grab ‘Can’t (Get U Outta My Mind)’ – Turns a sample of Alicia Keys’ ‘Feelin U, Feelin Me’ into vaporhouse heaven.

Ross From Friends ‘Gettin’ It Done’ – House so deep it sounds submerged.

Demuja ‘I Want You’ – Smothers a 90’s house sample in filters and reverb.

DJ Seinfeld ‘Time Spent Away From U’ – So distorted and vague it almost coins housegaze as a genre.