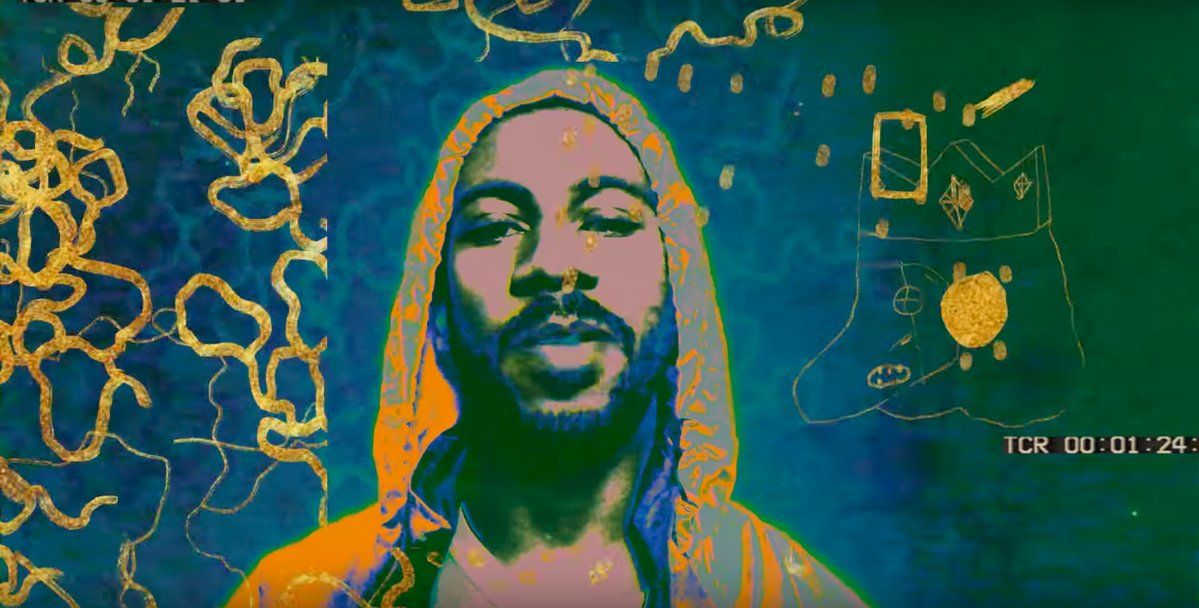 I’ll lay it out as directly as possible: this one’s a real mindfuck. An experience not unlike accidentally stumbling across an occult ritual while on psychedelics – Jeremiah Jae’s latest video for his track “Payne” is as deeply artistic as it is haunted and unsettling.

Originally a signee of Flying Lotus’s Brainfeeder label, before more recently switching over to Warp Records, Jeremiah Jae is no newcomer; but, this latest release finds him deeper down the rabbit hole than ever before. “Payne” is an experience – one defined by each sonic and visual component working in disjointed harmony.

“All I wear is Payne on my mind / I can’t sleep, I be high all the time” Jeremiah Jae

The Ruffmercy‘s video here is frenetic, uncomfortable and, ultimately, beautifully composed, with images of burning crosses and lynchings randomly interrupting Jeremiah’s deadpan delivery to camera amidst frenzied scribbles across the screen. Handling both the production and vocal duties on the track, Jeremiah Jae strikes a sound that quickly progresses into a feeling after ten or so seconds of listening.

Repetitive, hypnotic drones drive the beat; decidedly demonic vocal effects underscore the performance. Paired with grim lyrics that range in tone from despondent, to intoxicated, to criminal – Jae does a laudable job at pulling you into a dark corner of his mind for just shy of three minutes.