Jinka bites back with bratty new single “U Bit my 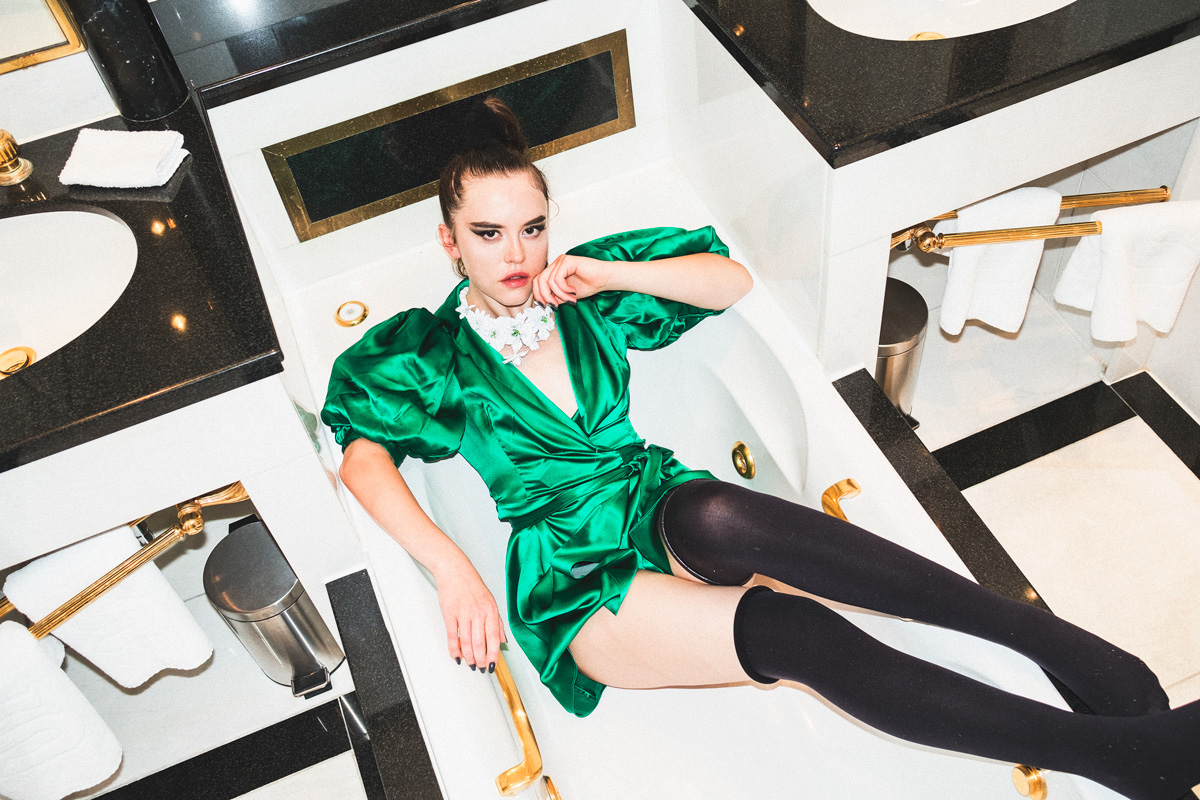 “U Bit my <3" is a teaser for Jinka’s upcoming debut album No Anything Else.

Berlin-based Transylvanian producer Jinka has been a SoundCloud fixture for the past two years, gaining exposure with songs such as “Shock Mounted” or “Romeo” and developing her playful bling-pop style over time. Today, the baby-faced artist is confidently stepping into the new decade with a new single, “U Bit my <3", which preludes the release of her debut album, No Anything Else, set to be released in mid-2020.

“U Bit my <3" catches the listener’s attention with a charming piano sample, yet quickly shows its true colours with synthesized steel drums and some good old trap. Propelled in triplets, the lyrics are distorted and autotuned to the point of incomprehension, with Jinka rhyming "bit my heart" with what seems to be "baby shark".

The sultry, 90s’ pop-inspired vibes are reminiscent of classic Charli XCX bops (remember 2013’s “What I Like?”), with a hint of post-internet, PC Music production. Although the 90s-obsession sometimes seems overworked to death, Jinka brings back the fun of it all: the ironic lyrics, the Xtina-style girl power, and the ever-present textspeak – look, SMS charges are not a joke, okay? All that upgraded with more relevant styles which were lacking in the 20th century, such as the trap-leaning beat.

Basically, we stan this trend being carried into the new decade by rising young musicians – some of them, if not the majority, being actually noughties-born Gen Z. As Charli sings, “I just wanna go back, back to 1999”.