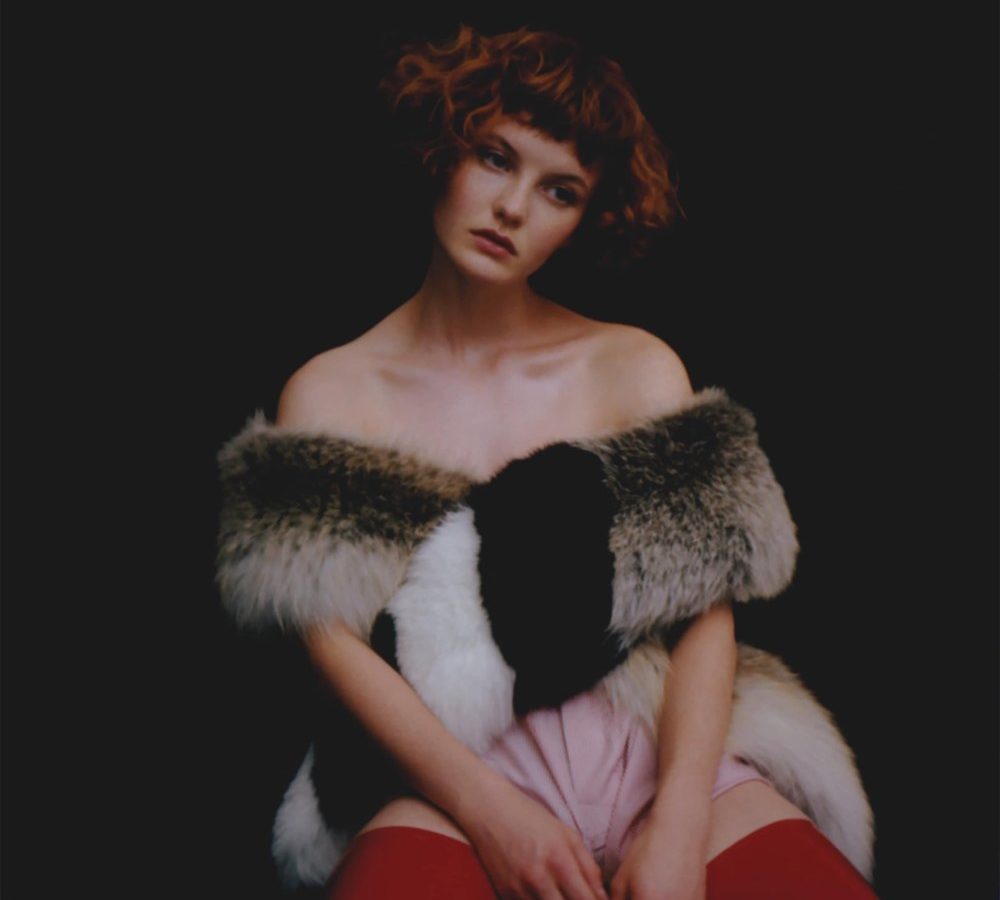 Invoking the name of Kanye is inescapable when discussing the music of Kacy Hill.

After being picked as a backup dancer for Kanye West’s ‘Yeezus tour’, Kacy Hill managed to get her music into the hands of one of West’s colleagues and then West himself. The rest is not quite history. Hill’s artist narrative is yet to escape this ‘discovered by Kanye’ tag. The pleasing part of this, though, is that Kacy Hill’s music sounds nothing like Kanye’s. Unlike Travi$ Scott, Chance The Rapper or Future, her music is not tethered to a sound that Ye created. Perhaps this is due to advice she received from West himself. Hill said that part of West’s mentoring of her involved a typical West-ian talk of being true to oneself, and amusingly “a long tangent about how Rihanna and Drake sell more than he does”. Kanye is a strong believer in the individual, in discovering one’s own path. This doesn’t mean, however, that Hill’s music is totally original. In one interview, she states two artists she’d like to work with as James Blake and Florence + The Machine. From what you can hear on ‘Like A Woman’, she already could be. Much of her music sounds like Florence Welch’s swooping melodies atop James Blake’s piano-bass production. Hill channels these two artists into a sort of sex-positive R&B that is certainly not lacking in charm.

With ‘Like A Woman’, Kacy Hill channels James Blake and Florence Welch into a sort of sex-positive R&B that is certainly not lacking in charm

The album is described by Hill as one that tries to confront the contradictions of the way we deal with the nexus of femininity and sexuality in our culture. Hill describes her message as one of embracing herself as “a sexual being and also someone who demands respect”. She seeks to separate female sexuality from shame. It’s a space full of contradictions and grey areas, empowerment and exploitation. The issue with the expression of female sexuality is often contextual, for whose sake is sexuality being expressed for? After all, one person’s masturbatory fantasy is another’s call to arms. Of course, the main issue is that things are seldom solely empowering or degrading but sitting somewhere on a spectrum of the two. In a past life, Kacy Hill was a model for American Apparel, known for their firm belief in the religion of ‘sex sells’. Her unconventional look and sexuality is still on show here but with a larger degree of her own agency.

The album starts with ‘Like A Woman’, one of its finest songs. Its mixture of bass, piano and soaring vocals is characteristic of the album as a whole. It’s a song that feels almost weightless. Percussion is reduced to nothing more than finger-snaps and a kick drum while Hill’s voice and piano cover most of the audible sonic horizon. Minimalism like this is wisely used throughout this album. Many of the songs sound like Feist re-covering James Blake’s version of ‘Limit To Your Love’. They are built on foundations of little more than sub-bass and light percussion. ‘Cruel’, particularly, is notable here as it starts off as a spectral rhythm & bass track. It then commits an abrupt about-face halfway through as it switches from clipped instrumentation into the open space of a heavily reverberant and delay-ridden guitar. It is like driving out of a long, dark tunnel onto a high mountain road. ‘Hard To Love’ breaks the pattern established by these piano ‘n’ bass songs. It’s a change of gear into the kind of driving synth pop that populated Sky Ferreira’s ‘Night Time, My Time’. It’s the sort of ‘pop’ track that, like Ferreira herself, seems unlikely to ever grace the higher echelons of the Billboard Hot 100. While the first half of the album shines in this way, its formulas start to seem strained by the second half of the album, ‘Arm’s Length’ particularly, is too close to an average Florence knockoff for my liking.

As you’d expect from an album Kanye was near, the production throughout is fantastic. Kanye himself ‘executive produced’ the album, which could mean anything really. Four of the tracks are produced by DJDS (fka DJ Dodger Stadium). These two LA-based producers recently had a fair amount of input on ‘The Life Of Pablo’ as well as being great house producers in their own right. Their production memorably graces ‘Keep Me Sane’ and ‘Static’. The heavy kick drums that punctuate Hill’s voice in ‘Keep Me Sane’ are particularly interesting. One of the most unique features of the album is its lack of features. These subtle meditations on femininity and love could’ve easily been completely ruined by Future rapping about pussy or Percocet. This gives it an edge over every album that Future (or whoever) will do this over in 2017. This is the sort of insight and originality that gives ‘Like A Woman’ enough of its own identity to be a worthwhile alt-R&B album.