Kelela shows you how to party in the video for “LMK” 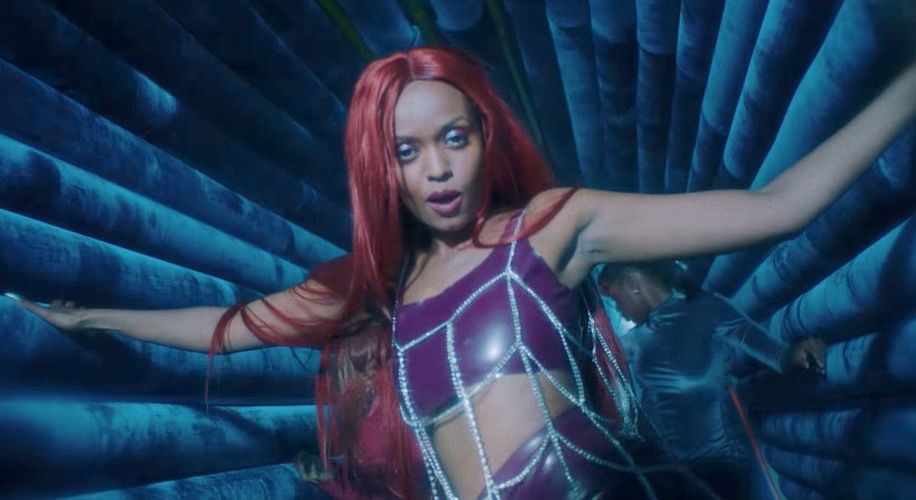 After coming back with the audio of “LMK” taken from her much-awaited debut album “Take Me Apart,” out on October 6th, contemporary R&B artist Kelela brings back the retro-futuristic clubs in her new video.

While having fun in different parts of a club, we are discovering a new side of her. Almost like a completely realized pop star, she shows how the party is done with choreographies, 90s-inspired outfits and a hazy atmosphere. Directed by Andrew Thomas Huang, he explained about the meaning of the video:

We wanted make a video that showcases the multiplicity of who Kelela is and who she has the potential to be. The video is essentially a grand unveiling featuring Kelela wearing different wigs and guises as she pushes through the club with her friends, ultimately revealing herself at the end of the video. The message of this video is empowerment: it’s for the girls, for anyone whose heart has been trampled on and deserves to go out and feel good about themselves. It’s a call to action, demanding to be taken and to be quick about it. This is the reason why we love Kelela – she’s making herself vulnerable and kicking down doors in the process

You can pre-order “Take Me Apart” here and read our review of the track “LMK”, who was one of the Thunderclaps of last week, here.