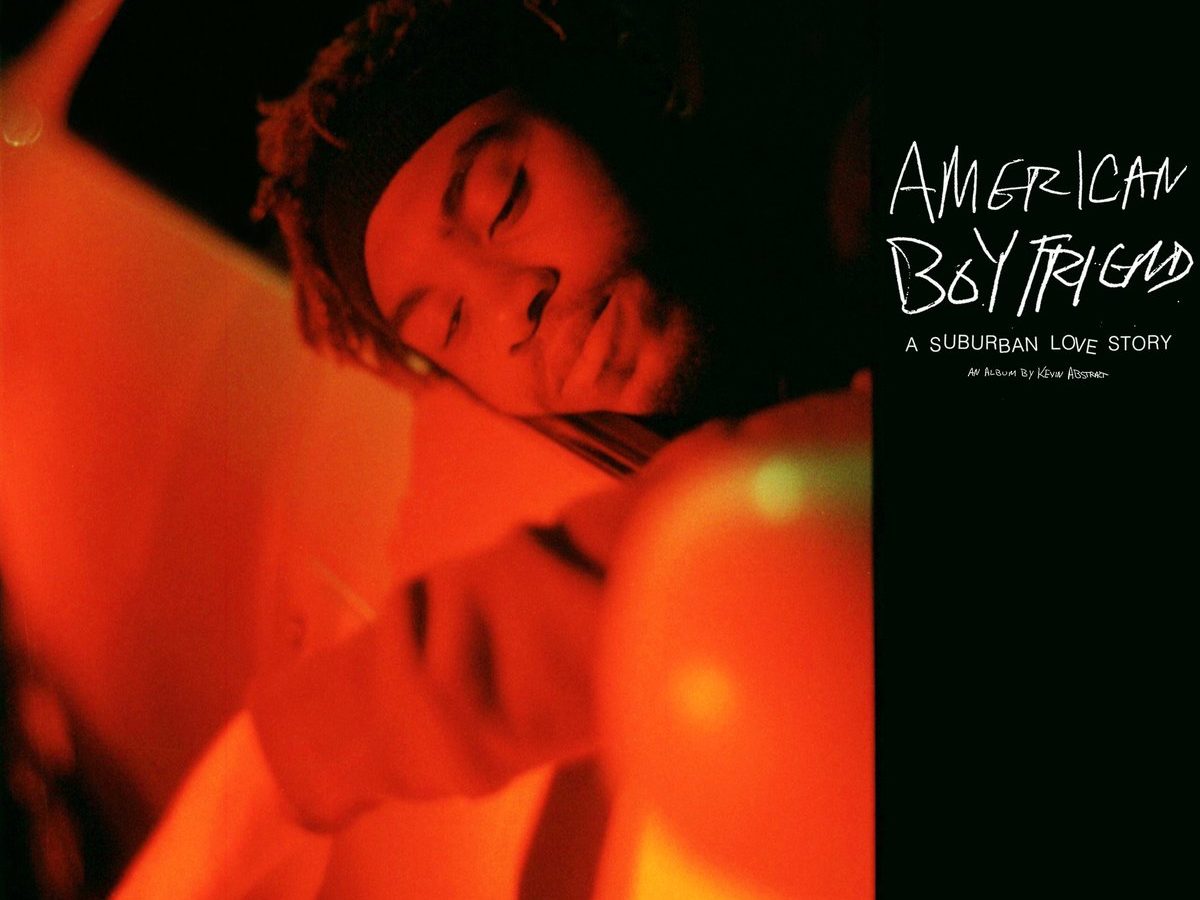 Please buy my album so I can get braces. It was the plea Kevin Abstract made to the world via Twitter on the night his sophomore album, “American Boyfriend: A Suburban Love Story“, was finally released. However, the 20-year-old rapper and singer-songwriter clearly had a lot more than orthodontics in mind when he was creating this follow-up to his excellent 2015 debut, “MTV1987”, such as compressing all the elements of a great coming of age movie into a 37-minute long album.

It doesn’t take long for “American Boyfriend” to deliver its first spine-chilling moment. By the time Kevin Abstract is crooning “You changed me for the better”, amidst a sea of rich backing vocals and synths on “Seventeen”, it’s already perfectly clear that this album is about to be a moody, confused, lovesick and, above all, personal look into all the different forms of heartbreak that seem to be inseparable from adolescence. With that comes a certain emotional sting that underlies this project, which, at times, is out of sympathy for Abstract’s own plights of romantic turmoil and struggling with his sexuality, but, at others, seems to result from an unexpected struck nerve on an exposed wound from your own teenage years, that you’d forgotten hasn’t quite healed yet.Kevin Abstract‘s “American Boyfriend” is like youth itself. There are beautiful moments you don’t want to forget, but also a fair share of awkward moments you’d rather not remember. Yet, when you look back on it as a whole, you can’t help but treasure it for what it was.

Kevin Abstract‘s “American Boyfriend” is like youth itself. When you look back on it as a whole, you can’t help but treasure it for what it was.

Musically, Kevin Abstract runs the gamut on “American Boyfriend”, with help from executive producer and Frank Ocean collaborator Michael Uzowuru. The rapping that played so heavily on “MTV1987” is still very present on songs like “Blink” and “Papercut”, but it’s hard to shake the feeling that the caliber of rap here is falling flat compared to what Kevin has proven he’s capable of in the past.

On top of that, the heavy 90’s alt-rock and indie influences running throughout the album on songs like “Yellow” and “Tattoo” are cool at times, but cloying and poorly executed at others. And, while the almost half-dozen tracks clocking in at only a minute or less sound good in the context of a full listen-through, they also take up a lot of space on an album that’s already only 37 minutes long.

The unbounded creativity of “American Boyfriend” makes for an undoubtedly solid listen, despite its handful of shortcomings. But, there are some incredible, rare moments on this album that elevate it to a higher level. When the melancholy, almost tearful vibes of “Runner” give way to a blindsiding, funky drop, or when Kevin all but mumbles,“Starin’ at the sky ain’t gon’ fix my problem, hollerin’ at the moon ain’t gon’ bring you back”, over opiate-like, watery guitar on “Echo”, the natural response is to just close your eyes and experience those goosebumps for a few seconds.

In any case, it’s great to watch young artists like Kevin Abstract, who seem to have a real vision and message to share with the world, realize some of their potential, while getting some serious recognition for it. If he continues in the direction he’s going, with the same passion and fervor he’s already wielding, we may very well have the next Kid Cudi, Childish Gambino, or, dare I say, Frank Ocean on our hands… All right, well, maybe not Frank.