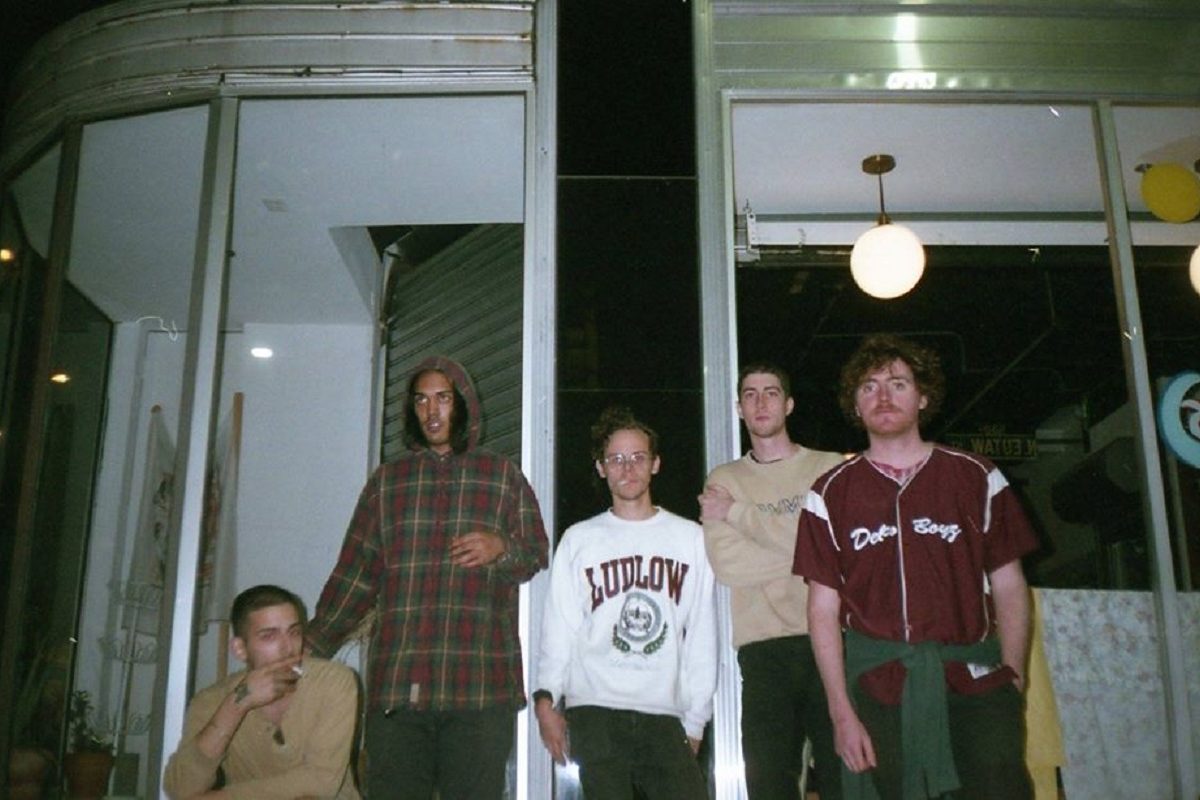 On the second day of 2018, Knifeplay released a new song called “with u”, which is also the opener and the title-track of their new EP.

Two of the five songs that compose the record are already on the Bandcamp page of this Philadelphia-based project, born from the mind of Tj Strohmer, who’s been trying since 2012 to calm his restless mind by writing and self-recording simple and poignant lo-fi tracks inspired by My Bloody Valentine and Sonic Youth. The remaining three songs, instead, will appear as semi-exclusive bonus tracks on a yet-to-be-released tape.

It’s a sensible choice: with its analogue, rasping imperfections, tape is the perfect format for the music of Knifeplay, and “with u” proves that in an excellent way. In less than two and a half minutes, Strohmer‘s idea for a song turns into a bacchanal of lo-fi sounds, ranging from a steadily croaking drum march and a rumbling bass to euphoric, air-filling keyboards and guitars. Only towards the end they fade to leave room for an acoustic guitar and a simple piano that reveal an unexpected intimacy.

The tender vocals of Strohmer merge all of this together, and if the music carries the listener into a universe made of untidy rooms and regretful nights, his voice offers a peaceful and ethereal escape from it.

Strohmer is indubitably the soul of Knifeplay; however, since 2016, he decided to widen his project and include four more members, and eventually moved with them in a house in Philadelphia. As a result, Knifeplay has never been as prolific as now: after releasing two EPs in a considerably short amount of time (the first, no funeral, came out in July) we can certainly expect much more to come from them very soon.