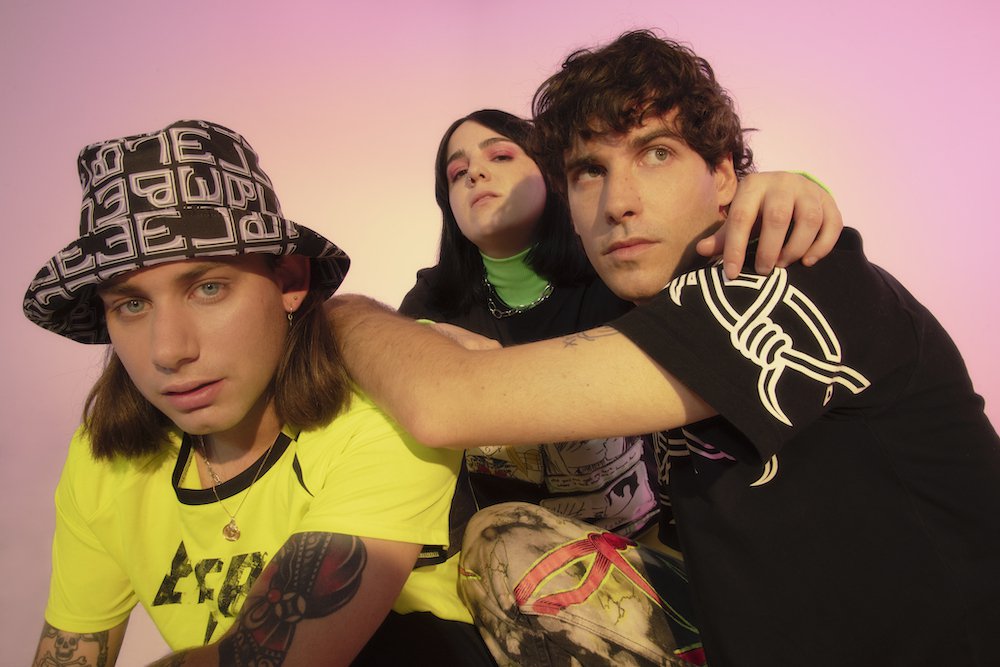 “Worth It” is taken from Las Aves‘s sophomore album, I’ll Never Give Up On Love Until I Can Put A Name On It, out now on Cinq 7/Wagram Music.

A French neo-pop act that draws on the artsy side of modern stars like Charli XCX or Grimes, Las Aves had a couple of underground hits with their debut album Die in Shanghai back in 2016. It’s taken them three years to put out their second album, which only came out the last week of August. Titled I’ll Never Give Up On Love Until I Can Put A Name On It and announcing a new sound, the whole thing is exactly as intense as it sounds. The Toulouse-based trio make no effort in hiding their influences, and rightly so – their last album was mixed by Geoff Swan, who has worked with some of the biggest names in the game right now from Charli herself to Marina, Anne-Marie or, erm, Ed Sheeran? Nobody’s perfect after all.

Their new single “Worth It” represents Las Aves‘s succesful attempt at making a modern pop hit. From the bonkers synth work reminiscent of Pop 2 to the youthful, Carly-esque “hey!” samples in the chorus, “Worth It” feels like an experiment in frankensteining a whole new song by putting different bits together. It’s very much an end-of-the-summer song: there’s the look back at the past self (“When I was young I used to think / That my body defined me”), the upbeat yet slightly bitter mood, and, most importantly, the banging chorus. But more than anything else, “Worth It” is a self-love song. It’s a much-needed tale of tenderness and acceptance from lead singer Géraldine Baux to a younger self. You can watch the video for the song below, and stream I’ll Never Give Up On Love Until I Can Put A Name On It on Spotify.

Tags:Cinq 7, Geoff Swan, Géraldine Baux, I’ll Never Give Up On Love Until I Can Put A Name On It, Las Aves, Wagram Music