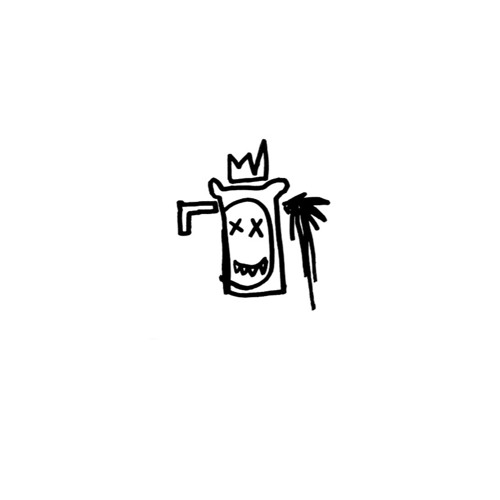 Nostalgic vibes and bold statements are flowing from newcomer Lou The Human on his debut track “Brink”. The producer-turned-rapper lays down a dark slow jam here, full of effortless flows and cutting lyrics reminiscent of early Eminem or Tyler, The Creator.

Right from the get-go, Lou The Human makes one thing clear: “this the brink of insanity”. And, while the track is thoroughly composed and mostly calm, that statement still feels somehow accurate – with a dark, brooding undertone making things feel just deranged enough. The influences here are clearly recognizable, from the deeply Eminem-esque beat, to the occasional Mac Miller sounding flow and, of course, some disturbingly Odd Future-like bars, like, “Tie your baby mother up and fuck her in the family V”.

Wearing his influences on his sleeve, Lou The Human still manages to lay out his own style on his debut track, “Brink”.

While this song doesn’t ooze originality, it does possess enough to make the head-nodding, three-minute ride keep from feeling stale. Lou has the voice, the flows, and the bars, meaning it’s difficult to resist following along with the crazy shit he’s rapping about. Boldness and restraint both go a long way in hip-hop, and Lou The Human has struck a solid balance of both on “Brink”.

For as mysteriously as Lou The Human has snuck into the spotlight, it doesn’t look like the New Yorker is planning on slinking back into the shadows anytime soon. Keep an eye out for his ‘Humaniac EP’, expected to release soon.