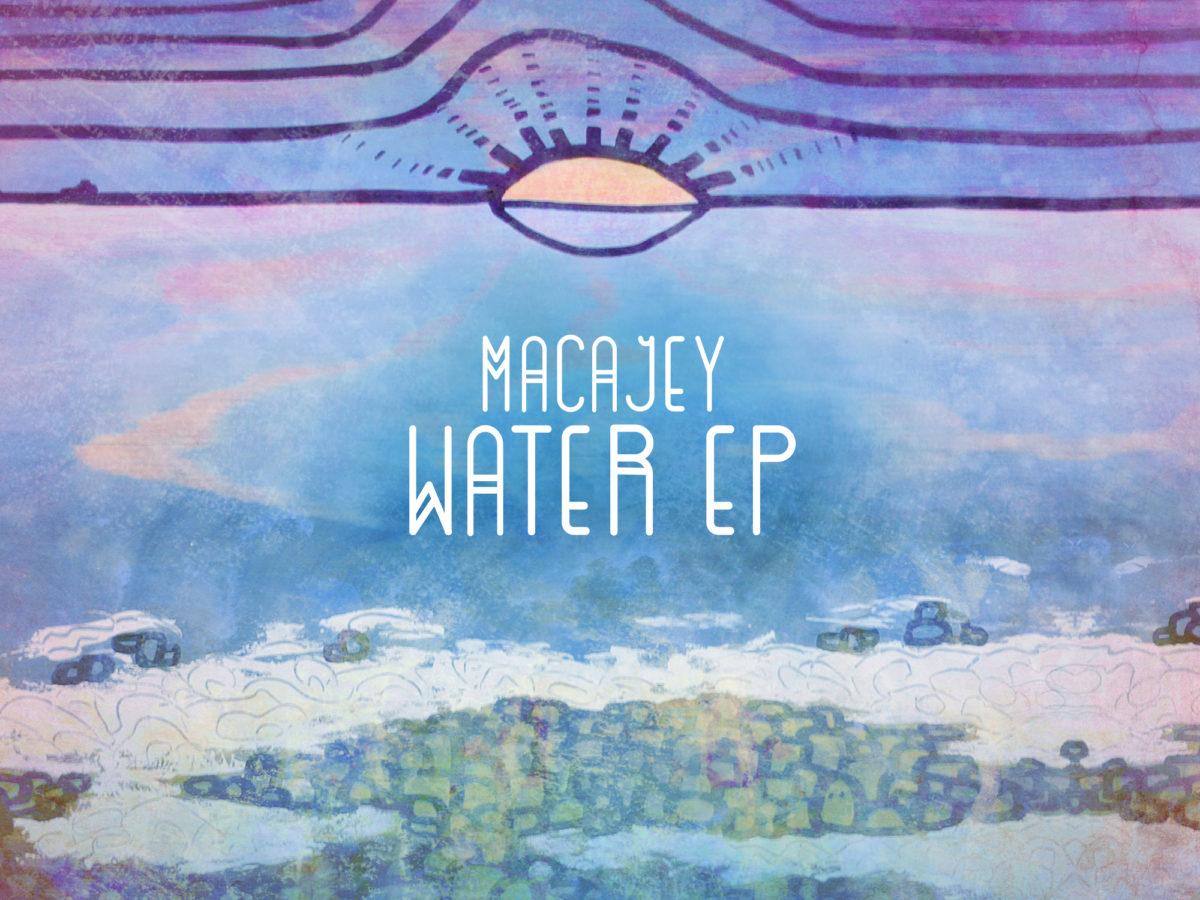 Fluidity is the operative term when it comes to “Water”, the sophomore EP from Macajey – a Californian born producer now based in Estonia. The project serves to create an assortment of atmospheres all belonging to a certain subset of sunny, slick-moving vibes, punctuated by the occasional vocal melody.

Kicking off the EP, the title track “Water” immediately shows off the eclecticism of Macajey’s sound. There are elements of bright, guitar-driven pop and dark, synth-driven electro alike, both amalgamating into a single, spacious aura that emanates from each and every track. With a blend of both instrumental cuts – such as the dreamy, aptly named “Summer Mornings” – and songs featuring the vocal work of Elle Latham and Katrín Helga Andrésdóttir, we get an extra dose of variety to help break up that occasionally repetitive vibe.

Macajey’s “Water EP” is a masterclass in ambience that struggles to translate into concretely memorable songs.

To put it simply, the textures of “Water” are excellent – whether it be the dyadic glimmer of “Light”, the gritty drums on “Inwards”, or the deep reverbs on “Weak”. However, great atmosphere and ambience are really only enough to earn an album the accolade of being a great yoga CD, whereas composition and songwriting are ultimately what makes for a great project. Here there’s a bit of a lapse in those areas.

While Macajey’s sense of composition is far from dull – with each song undergoing at least some sort of musical growth or development over the course of its play time – it still falls short of exciting, leaving room for “Water” to sink into the background. The actual songwriting on the songs featuring vocal performances shares a similar problem, because, while Elle and Katrín’s singing makes for a nice compliment to the production, it often fails to stand out – technically, lyrically, and melodically. As such, tracks with potential for becoming memorable end up finding themselves relegated to existing simply as mood music.

Having traveled the globe, it’s really no surprise that Macajey has been able to hone his production to such a high level in terms of nuance and diversity. While this materializes as a collection of pretty, ambient soundscapes on “Water”, it would be nice to get a deeper sense of some of the stories and emotions surrounding life as a cosmopolitan on future projects.