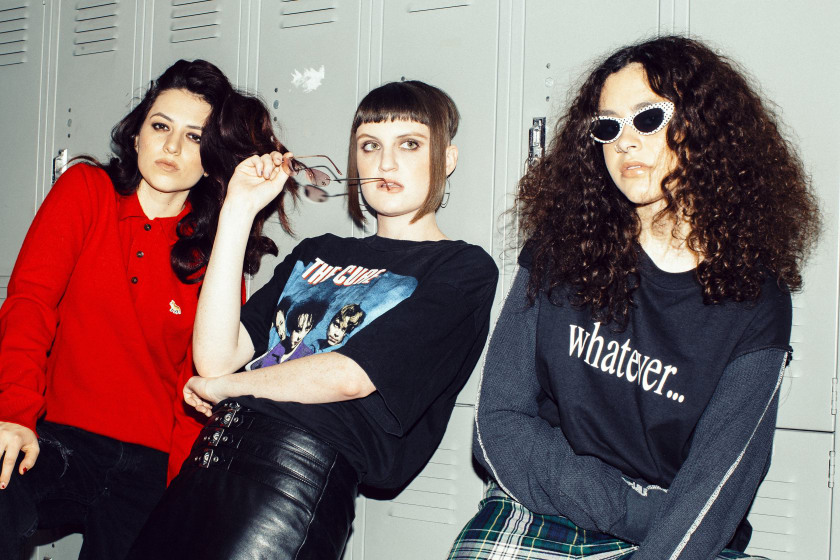 Many people in the US have been mourning the latest election and getting used to the fact a lunatic called Donald Trump is their next-to-be POTUS. As a way to send some love and hope to all of those people that have been treated badly during the election by their new president, queer L.A.-based trio MUNA have shared their loving anthem “I Know A Place.”

The 80s-inspired new track reminds easily the works of Carly Rae Jepsen, and reflects a heart-breaking moment that the LGBTQI community had to endure in the US: the Orlando shooting, where 49 people were killed. As the track goes, the rhythm gets more intense to the point of screaming and even crying “I know a place we can run where everyone gonna lay down their weapon, lay down their weapon, don’t you be afraid of love and affection, just lay down your weapon.”

The track’s power is not only meant to comfort the LGBTQI community, but it sends a message to all the communities as the groupe explained on Twitter:

the way 2 heal the world is not thru fear & hatred

this song was written for queer folks, for people of color, for immigrants, for those who have been made to feel unsafe in their own skin

As the song is one inevitable pop-banger, “I Know A Place” would definitely fit as a stadium song where people truly unite to fight hatred and fear. Their debut album “About U” is due to be released on February 3 and you can follow them on Facebook, Twitter and Soundcloud.