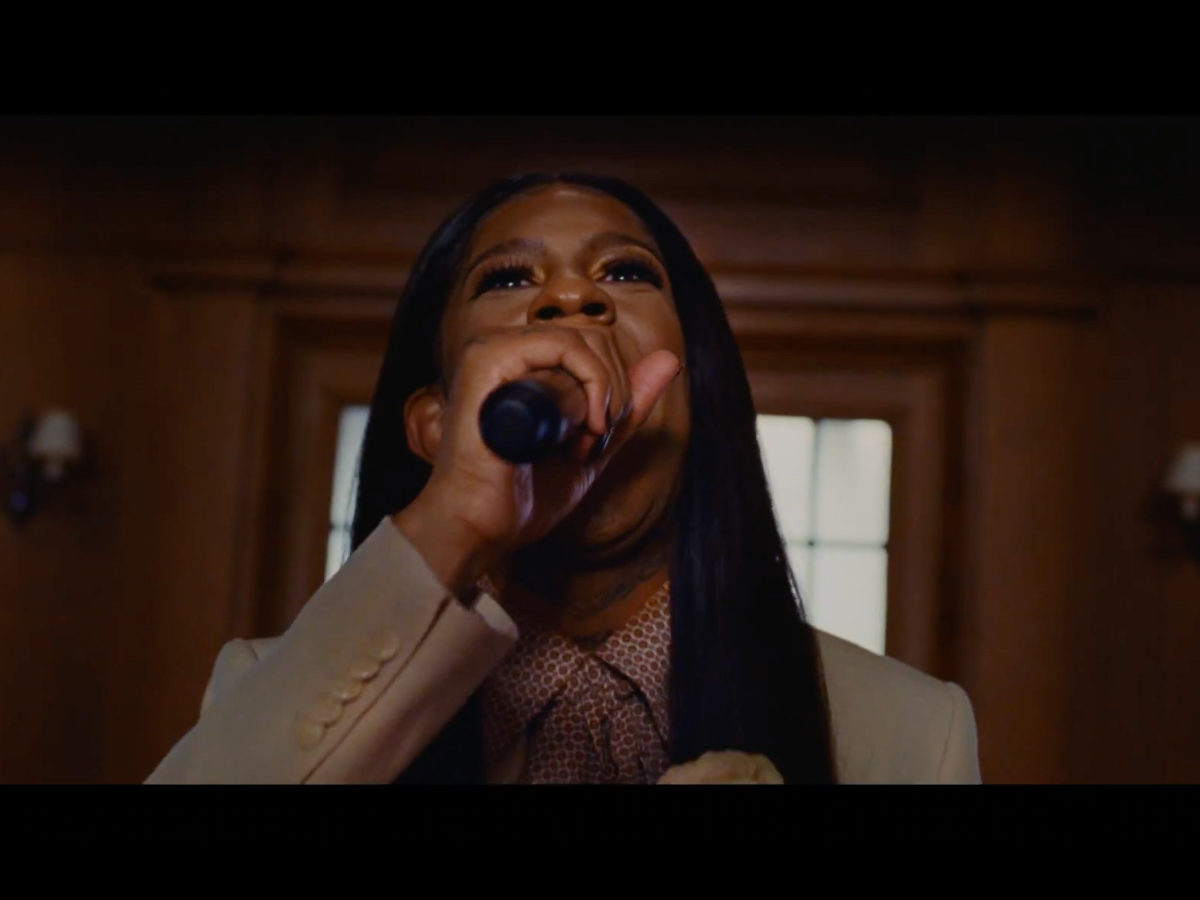 Mykki Blanco‘s new video, “Lucky (Live in London)”, was made in collaboration with Dazed and Gucci.

Stage presence isn’t always an easy thing to get across when a performer and their audience are interacting through a computer screen. And yet, Mykki Blanco’s new video for “Lucky (live in London)” makes it feel as though you’re right in the room.

There’s a wild blend of styles coexisting on “Lucky,” both visually and sonically. The venue for the performance, a stuffy looking, wood-panelled hall, clashes sweetly with Mykki’s head-knocking performance and the mob of dancer’s churning chaotically around them. That same contrast plays a central role in the song itself, as the classical vibes of a string trio judder along over a sharp-edged beat and Mykki’s venomously delivered bars, including, “How’d I do it with my flaws? Guess I’m just a genius. / Satin panties on my penis, counting money, acting fiendish”. The live version of the track also features producer Falty DL on keys.

As a full package, “Lucky (Live in London)” is brimming with style and swagger, cranked up even further by those unexpected streaks of calm classiness. Mykki has recently said that two new albums are in the can ready to go (including the already-announced Stay Close to Music, Stay Close to God) and that fans can expect more new music throughout 2020.