Oscar And The Wolf – Infinity 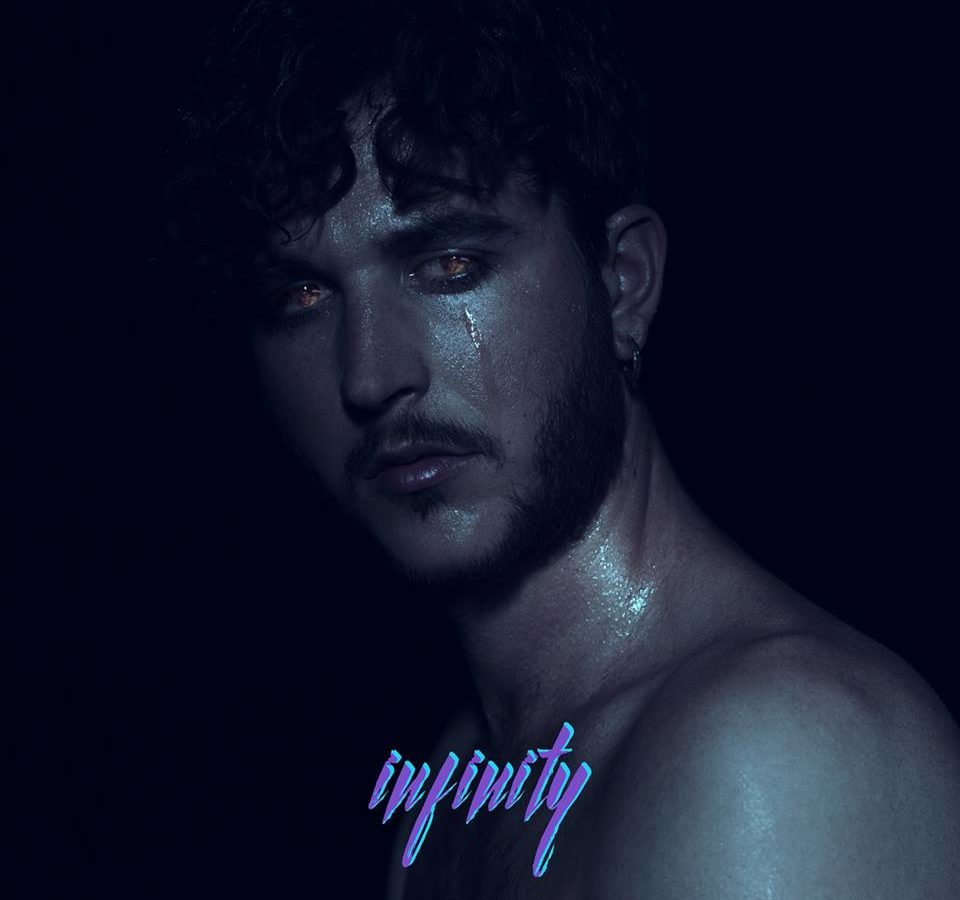 Becoming the first ever live band to perform at Tomorrowland and headlining arenas from Amsterdam to Istanbul with a platinum record are just some of the accomplishments Oscar And the Wolf achieved since “Entity” was released three years ago. The project’s brainchlild and vocalist, Max Colombie, has gone onto becoming a local superstar with his debut album. On its follow-up he claims he is “ready for Infinity” something he was already aiming at on his breakout single “Princes” as he sang “Run for the gold, run for the money, run for the infinity”.

The opening soundscape is familiar with a lengthy, dark instrumental allowing to set Colombie‘s dreamy tone. Driven by very thick synths and polished instrumentation, “So Real” is a mysterious intro to the album as the vocals and pulsating synths induce a truly otherworldly feel. Its melodramatic lyrics express hurtful love propelling the listener into Oscar And the Wolf‘s lustful and contrasted world reflecting the singer’s split alter-ego: “Your beauty burns / will you return / Give all your love to me.” Melancholy remains a constant throughout “Infinity” as the frontman explained, “I never want to make songs that are only sad or only happy”. Max Colombie‘s unmistakable voice and characteristic moody slurs we’ve come to grow fond of, continually moans “Don’t you wanna have a little bit of fun?” on “Exotic” giving out the mood for the rest of the LP.

While much effort is put into the production, the lyrics aren’t as brainy even being dull at times. In fact, the latest Neon Gold signee’s (Christine and The Queens, Marina and The Diamonds) nasally voice does not only sound lazy but sells lazy, cheap lyrics on most of “Infinity”. On “Susato”, Colombie repeats “You’re my only love / Only love” almost fifteen times. Moreover, on (the not so) “Pretty Infiniti”, Colombie sings the three exact same lines for four minutes. Come what may, the hypnotic effect is undeniable yet, it quickly reveals a lack of lyrical depth and monotony. Even the album’s biggest single, “Breathing” is flawed with the unfortunate lines “You love me soon/Up on the moon” not doing justice to the music.

With their sophomore album “Infinity”, Oscar and The Wolf confirm their stadium-sized ambitions as they opt for a more diverse, accessible and chart-friendly sound

Prominently, there is a strong evolution in the production of the album. More than ever genre-defying, there is a shift towards a more polished and danceable take on Oscar And the Wolf‘s signature sound. Held accountable is the Belgian techno wizard known as One Track Brain aka Jeroen de Pessemier from The Subs, Max Colombie‘s partner in crime for “Infinity”. Described as an “eclectic album”, both Max and Jeroen experimented, gravitating towards unknown territories like on the pitched brass and pianos of “Queen” or the funky “Breathing”. “Susato” and “Honey” also showcase their take on latino influenced music. Oscar And the Wolf‘s new work finds its roots in a medley of genres and influences decently strung together by Max‘s sensual melodies. Sex sells, so the offering is indeed an attempt at sexiness, wrapped in a haze of danceable production vacillating with a few gloomy ballads that are fine, but not much beyond this.


However, there’s no doubt the dandy has an ear for what makes a great song but his referencing to California and American cars on “Chevrolet” just sounds like an ingenuine “Rihanna Del Rey”, highlighting a regrettable wannabe attitude. He undoubtedly admires both artists and might take it as a compliment as just like them, part of Max‘s appeal is not only musical but aspirational: survey the photographic evidence of him wearing sunglasses, chains and shiny high fashion coats on stage. The Belgian act have proven to be an amazingly entertaining band live and the sultry discotronica of “Runaway” -which has earned him an A-list fan in Elton John –or the guitar-led “Fever” will most likely impress, promising steamy dancing in the concert halls as Max shimmies like a 90’s diva. Howbeit, as catchy as it is, the closing track doesn’t scale any linguistic brilliance either, “Let me be your shadow/Let me be the only one/You give me fever…like no other”, sustaining the album’s wishy-washy feel.

One of the hardest challenges you can face as a musician is attempting to evolve your sound. It takes a lot of effort to do so, and it isn’t easy to produce and write content that can satisfy the average listener. After releasing such an unforgettable debut, the “difficult second” sadly did not strike a chord with us as much as the band’s past material did. Just like ‘Entity’ it will most likely grow on the listener. What is clear though, is that “Infinity” confirms Oscar and The Wolf‘s stadium-sized ambitions as they opt for a more diverse and chart-friendly sound, and something tells me the Wolf‘s not done dancing.