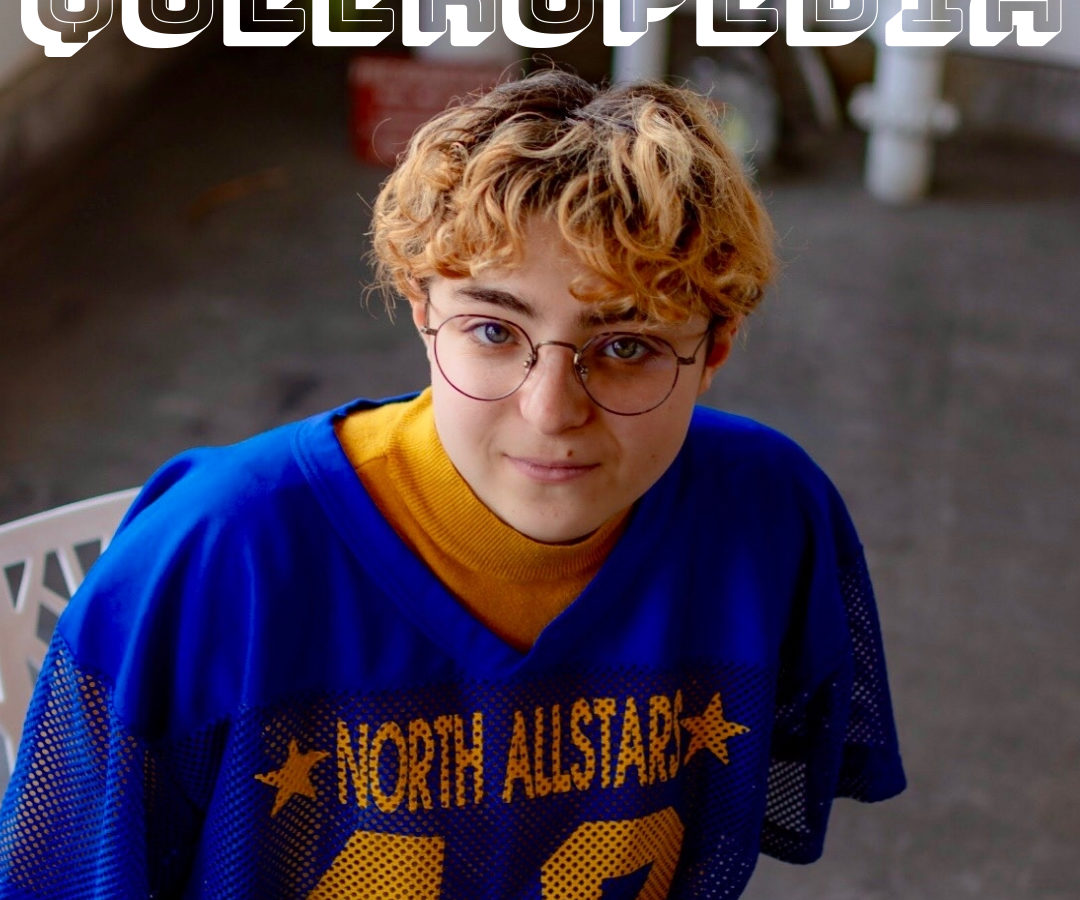 Over the next few months, Claud will embark on their first ever headlining tour, open for The Neighboourhood on a series of shows, and release their EP Sideline Star. They’ve welcomed us into Claud Season by curating this month’s QUEEROPEDIA playlist.

Songwriter Claud Mintz, aka Claud, makes dorm-room pop for shy queers who just want to dance and maybe see their crush at the party. Since that describes a lot of you, it’s easy to understand how they rose to popularity so quickly.

Before there was Claud, there was Toast. The Toast – EP was written by Claud and their best friend Josh Mehling in their dorm rooms during their first year at Syracuse University in New York, USA. The EP, which was released by Terrible Records in August of 2018, features the standout track “Scarlett”. It’s a sweet synth-pop track with just a touch of sorrow in the lyrics (“We did everything together, now we’ll never…”), notable for its earworm of a synth riff that sounds like a chorus of tiny Clauds.

A few months after the release of the Toast EP, the artist announced that they would change their name to Claud for fear of being sued by Wonder Bread, and that Claud would be Claud Mintz’s solo project. They followed the name change with the release of the single “Never Meant To Call,” a track about awkwardly finding out that your crush is seeing someone else. Claud blends a driving beat and uptempo synths with a dark chord progression and calmly spoken lyrics, and it sounds something like the feeling of dancing with tears in your eyes.

In April 2019, Claud kept up the momentum another sweet synth pop single, “If I Were You.” The track makes prominent use of a plucked guitar and a groovy bassline. It breaks up the intensity of the lyrical message — “If I were you, I’d hate me too” — with cheeky references to queer culture, including an amazing L Word-themed music video.

Their first single off their upcoming EP, Sideline Star, was the emotional and all-too-relatable ballad “Wish You Were Gay.” The piano-driven, minor-key melody would sound as much at home on a prom dancefloor as it does on Spotify’s cool-kids playlist, “Lorem.” The music video calls back to popular culture yet again, this time playing with the “Expectations vs. Reality” bit from 500 Days of Summer.

Their latest single, “Miss You,” was released on August 14. It is a post-breakup synth pop jam about getting too high and getting lost in your memories. It’s driven by a shallow drum machine and layered, 80s-inspired synth textures that allow the lyrics and melody to take center stage.

Claud takes off on their very first headlining tour with support from Grace Ives in mid-October, and the Sideline Star EP drops in full on October 25. Check out this playlist they curated for HighClouds while you count down the days until Claud Season.

I hope Ellen DeGeneres hears my music one day. And if that never happens, she should at least hear these songs made by artists who have influenced the LGBTQ+ community.