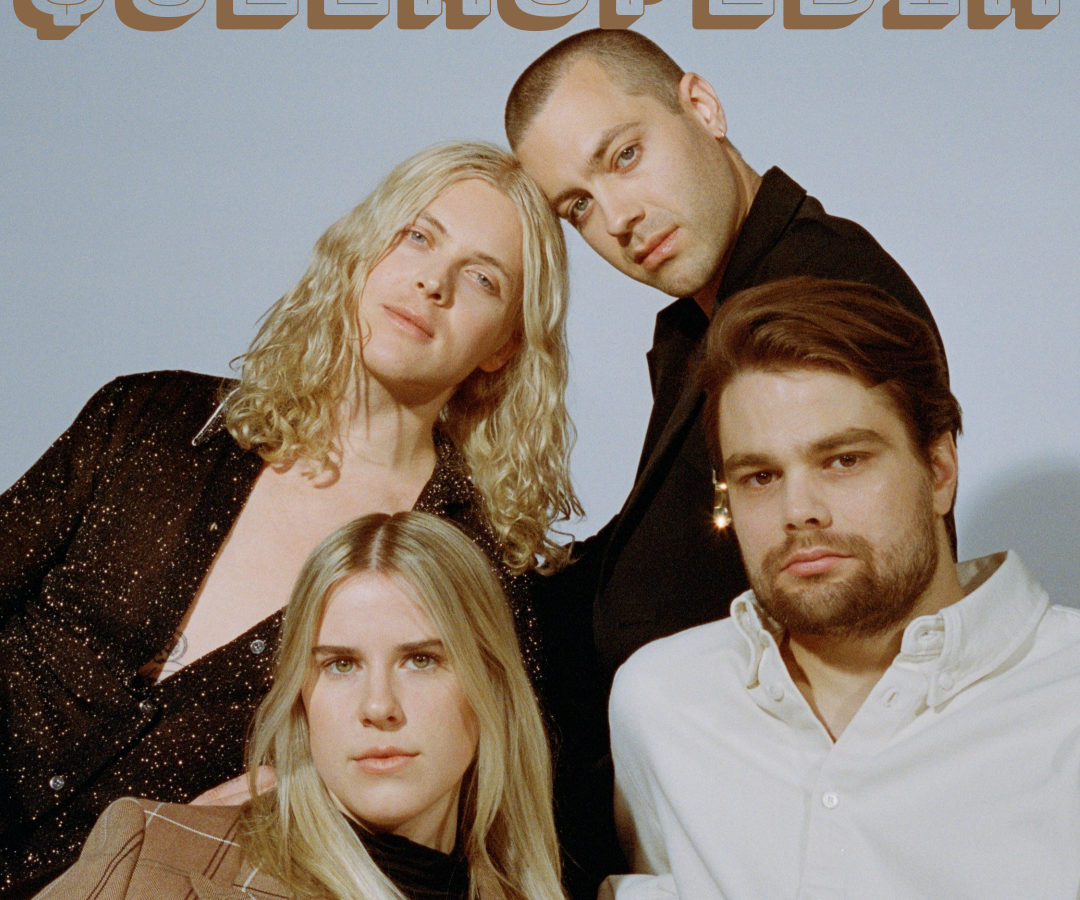 Tim Nelson and Sam Netterfield are the protagonists of one of indie pop’s sweetest stories. Both ardent music lovers, they were inseparable friends throughout high school. It didn’t take them long to find out that they shared much more than their love of music. Tim and Sam came out at about the same time and began to date, started living together, and eventually formed Cub Sport, the internationally acclaimed project under which they have recently released their third studio LP. They are the curators of this month’s QUEEROPEDIA playlist, and one can’t help but feel that their selections are deeply connected to their band story.

Now, Nelson and Netterfield are happily married and part of the booming and diverse music scene in Brisbane. Theirs is a moving, feel-good love story, but it is also one that is painfully aware of the struggle surrounding queer love.Cub Sport don’t shy away from that struggle, they take it and place it right at the core of their songs. This is particularly true of their 2017 album BATS, an emotional and powerful statement on self-acceptance that has lead vocalist Tim Nelson’s coming-out story as one of its main focuses. From Nelson’s earnest vocals to the glossy instrumentals that envelop his voice in every track, Cub Sport wear their heart on their sleeve at every possible moment.

Cub Sport’s music is unequivocally a 2010s affaire, seamlessly mixing up genres and tropes. They would probably be happy to have their music plainly labelled as pop, but there are tinges of R&B, indie rock, or even gospel, such as in the standout “O Lord” from their 2017 album BATS or in their excellent cover of Kanye West’s “Ultralight Beam”. One minute they´re covering Yeezus, the next one they´re delivering a beautiful rendition of the electropop trailblazers The Postal Service’s “Such Great Heights”. That eclecticism is key to Cub Sport’s success and to their development as a band. Listen to their early, sunnier EPs and you’ll struggle to find any similarities with the soul-infused tear jerkers of their most recent work.

The self-titled effort that they are currently promoting sees them erring on the electronic side of things more than ever and collaborating with other artists to achieve results until now unprecedented for the Brisbane band. Their Mallrat collaboration “Video” could be taken for a (very good!) Brockhampton song, while the Al Wright-featuring “Acid Rain” is only one viral remix away from becoming a dancefloor hit.

It’s no surprise then that their QUEEROPEDIA playlist heavily features the likes of Frank Ocean, Tyler, The Creator, or Perfume Genius, all-time great queer talents who have traversed a myriad of genres and reinvented them in the process. Cub Sport are not in the business of reinventing but of streamlining their influences, and they happen to be really good at it. Their selection also includes queer artists that work in similar fashion and who are progressively making their way into the mainstream, like Gen-Z favourites Brockhampton or Clairo. Their list has been put together to be listened in order, effectively creating a narrative on the complexities of queer love and on its struggle against invisibility, which ties in nicely with these artists’ popular success in recent times. About their selection, Tim detailed:

I put together this playlist to listen through in order. These songs capture a lot of my own experiences of growing up queer; the way I’ve felt falling in love, navigating the joys, pains and complexities of trying to find myself in a world where I was often invisible. These songs largely embrace the tender side of the queer experience.

You can also watch the Ribal Hosn-directed visuals for their latest single “I Never Cried So Much In My Whole Life“, a “song about happy crying” which features Savage Garden‘s Darren Hayes.