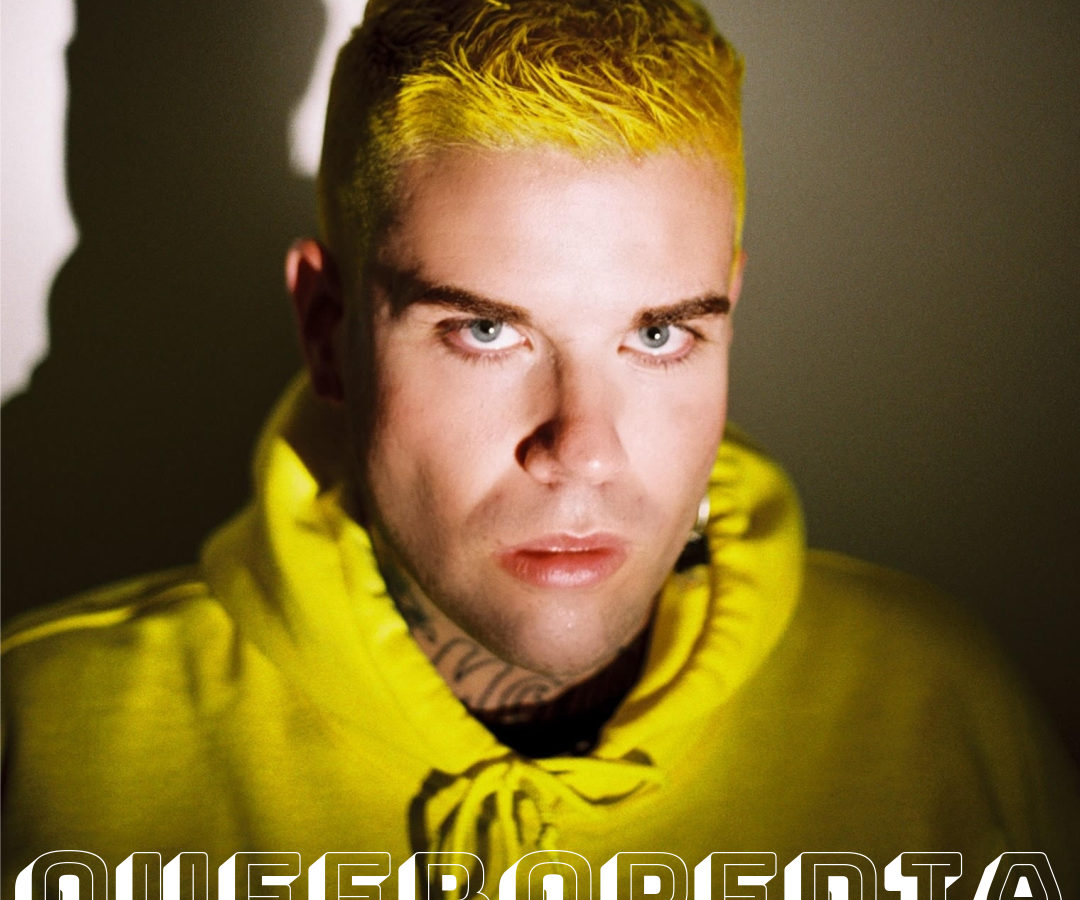 Jesse Saint John, a creative mastermind behind some of pop music’s most exciting work to date with collaborative tracks featured for icons like Britney Spears, Charli XCX, and Kim Petras, takes over this month’s Queeropedia playlist.

The music industry’s precious little secret has gotten too big to strap down. Jesse Saint John has been a songwriter and creative director for a couple years now, working with music industry forces like Britney Spears, Charli XCX, and Selena Gomez to curate undeniably powerful bodies of work, along with launching a solo career as an artist whose sound is as personable as the narratives behind them.

Recently charting in the Top 10’s for R&B/hip-hop and rap songwriters for Billboard, Jesse Saint John has made 2019 his year. He’s followed up from debuting his solo artist career in 2018 with tracks like “Move,” “What Do You Like,” and “Fake It” by releasing don’t stop dancing. life gets sad. earlier this year — a forward-thinking pop EP that redefines the boundaries of traditional pop music and exposes his inner thoughts to the world. As a therapeutic form of acknowledging one’s darkness, the singer-songwriter synthesized what it’s like to strive to be the best in today’s fast-paced digital age, with societal pressures and all, within this project. Tracks like “Wiser,” a star-studded music video with friends and contemporaries, depict the push-and-pull struggle dealt with putting out music as an artist and selling yourself as an artist. With an innate knack for creativity (especially having been a visual creative director for other artists), the video shows different versions of himself which captures his close-to-manic feelings of unsettlement, as he sings on loop, “what if I’m not getting any wiser?”

More recently, the co-written banger with Lizzo, “Truth Hurts”, has been the number 1 song on the Hot 100 for five weeks now, having overthrown the summer 2019 anthem of “Old Town Road” by Lil Nas X which comfortably sat at number 1 for 19 weeks. “Truth Hurts” was released in 2017, however there’s a reason the two year old began to chart. The empowering lyricism and artistic vision set in stone for the track has rode the rising wave of queer perspectives being embrace for radiowaves, creatives, and allies. From talking about real feelings and situations, Jesse Saint John has made a name for himself as an artist both behind the scenes and in the spotlight to not only empower queer artistry, but also lead the music industry sonically in the right path.

Jesse Saint John is a product of his cultural and artistic inspirations and loved ones around him – Of course, with the sparky flair of his own unconventional thinking, he’s created his own image to hint at new paths and new aesthetics for up and coming artists gravitating around him. Take a look inside his mind with his curated Queeropedia playlist.

This playlist is made up of songs I’ve co-written or artists I’ve collaborated with, & a few of my idols. I’m super blessed to work with a huge spectrum of LGBTQ superstars & it’s one of my life’s missions to collab with & highlight LGBTQ talent cuz when I succeed it’s not just for me it’s for my community, & it’s especially for those underrepresented in the mainstream. I love us so much ♥️💕