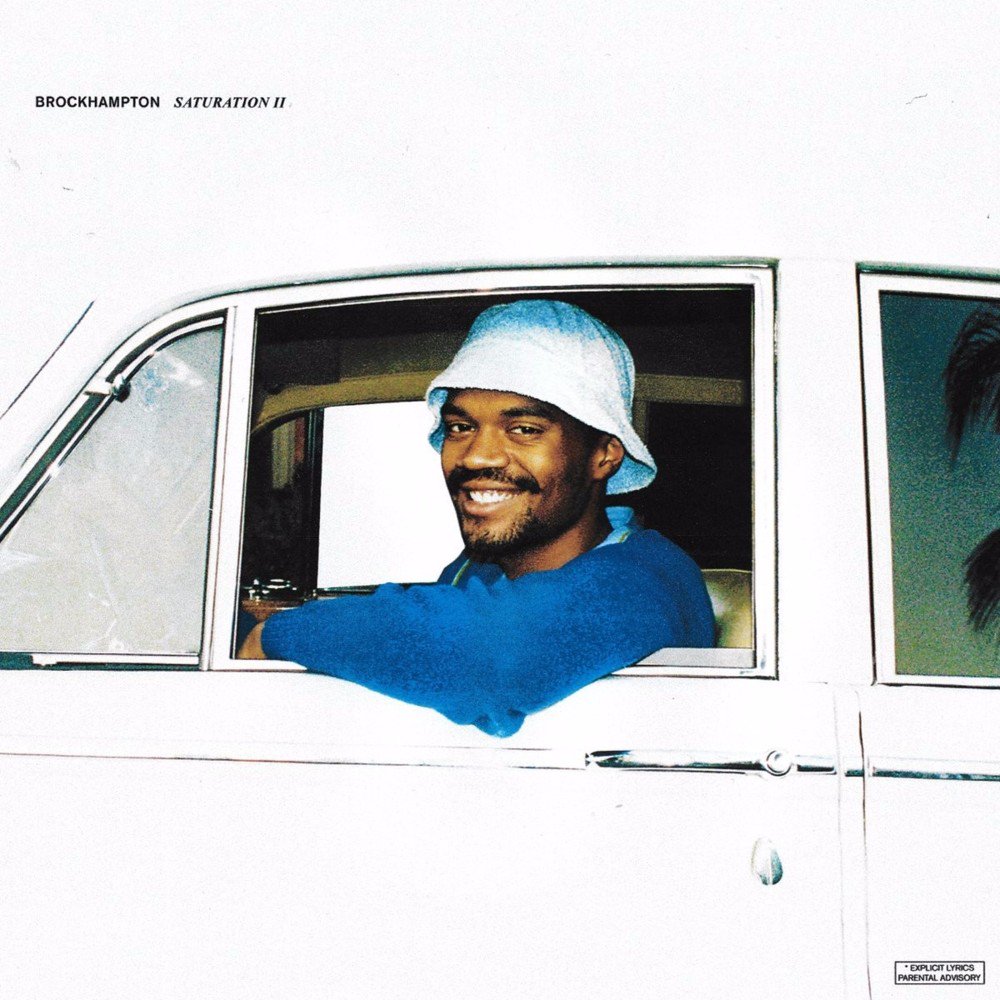 Just three months after blowing up the Internet with “Saturation I”, Brockhampton released the second instalment of their well-loved album trilogy.

Not that it should have surprised anyone – to start with, Brockhampton had already revealed their plans for 2017, and the trilogy’s name is after all a clear double pun that mocks the cultural overload of recent times while ironically adding more weight to it. “Saturation I” was a sprawling, multi-layered work which took some time to digest; it’s the type of album that any other artist would have spent at least a couple of years making. Just in case people had stopped talking about them for five minutes, Brockhampton put their second album of 2017 out only when their first was beginning to be assimilated. Like most works of art that come to define their synchronic artistic eras, the “Saturation” trilogy is both a celebration and a lamentation of our contemporaneity, devising a new artistic horizon by altering the past, by precisely espousing a firm belief on pastiche and revision. It’s no wonder that Saturation II finds Brockhampton repeating the formula that gave birth to their impressive debut, merging mainstream and alternative pop and rock tropes with their combative and modern hip-hop aesthetics.

While it is still very much a solidly united effort, “Saturation II” boasts the multiplicity of perspectives and musical approaches that only a collective formed by more than a dozen different members can accomplish. “GUMMY” deceives you with its soundtrack-like opening, only to quickly turn into an old-school, West Coast hip-hop track that soon features a Gorillaz-like pop hook as its chorus. It is also decidedly self-conscious – in the same track, Kevin Abstract raps about himself in the third person, addressing the critics that slagged him off for the angsty concerns that have always crammed his work: “That nigga Kevin can’t rap, he too sappy with his shit / He don’t rep me with his shit, he on that teenage bullshit / And he ’bout 20 and shit? When he let go of that shit?”

One of the most striking things about their previous album was their willingness to deal with topics usually blocked off in hip-hop culture, such as mental health or queerness. “Saturation II” traverses the same path, though it does while being incredibly self-aware of the expectations that come with their name now, once again reviving the postmodernist penchant for self-reflection and metaliterary tropes. For instance, they get ironically deceptive again in the subversive “QUEER”, which doesn’t actually deal with Kevin Abstract’s sexuality but with more traditional hip-hop topics like poverty or the imperious need to play the underdog. In the same vein, the song that does tackle Abstract’s sexuality is called “JUNKY”, in which the Texas rapper shows his middle finger to his critics and defends his right to be open about his sex life in his music: “Why you always rap about bein’ gay?” / ‘Cause not enough niggas rap and be gay / Where I come from, niggas get called “faggot” and killed”.

“Saturation II” sees the world’s most beloved underground boyband doubling down on the brand of hook-laden hip-hop music that they mastered in their previous effort. In point of fact, it finds them doubling down on the whole boyband thing too, as the album’s closing big three plays into the idea of Kevin Abstract & Co. being the hip-hop equivalent to One Direction, establishing a dialogue between standard ideas of high and low culture in popular music. “GAMBA” feels like an updated, auto-tuned version of a boyband song from the aughts, Bearface’s Backstreet Boys-like verse being the prime example of Brockhampton’s familiarity with various mainstream pop tropes. A R&B banger with an amazing range of different catchy verses, “GAMBA” functions just like “SWIM” in the first instalment of the “Saturation” trilogy, being both an outlier (it certainly doesn’t comply with the more hip-hop inclined tracks) and one of the album’s cornerstones, as it is certainly the most immediately appealing song here. “HAPPY” is a cheerful pop tune constructed upon a lovely sliding guitar line that predates the almost 70s AOR feel to the closing track “SUMMER”, which totally lifts the melody from Kanye’s “Bound 2” only to turn it into a starry-eyed power ballad with lyrics that would might as well get Mike Love’s seal of approval: “You know that you should be my boy / In the heat of the summer / You’re so different from the rest.” As a closer, it sort of works like “Beth/Rest” did in the second Bon Iver LP, appropriating corniness and being effectively subversive as the album’s farewell even if, in reality, it all amounts to a series of schmaltzy adult contemporary tropes all blended together in the same container.

“Saturation II” confirms Brockhampton’s entry into pop rap territory, standing face to face with the likes of Kanye West and Tyler, The Creator. It’s still too soon to say if they will ever reach the same heights as those artists, but the second part of their celebrated album trilogy surely aspires to be an all-encompassing magnum opus in the style of “My Beautiful Dark Twisted Fantasy”. Even if it falls a bit short of its aim, “Saturation II” corroborates Brockhampton’s endearing insistence on reaching for the stars.