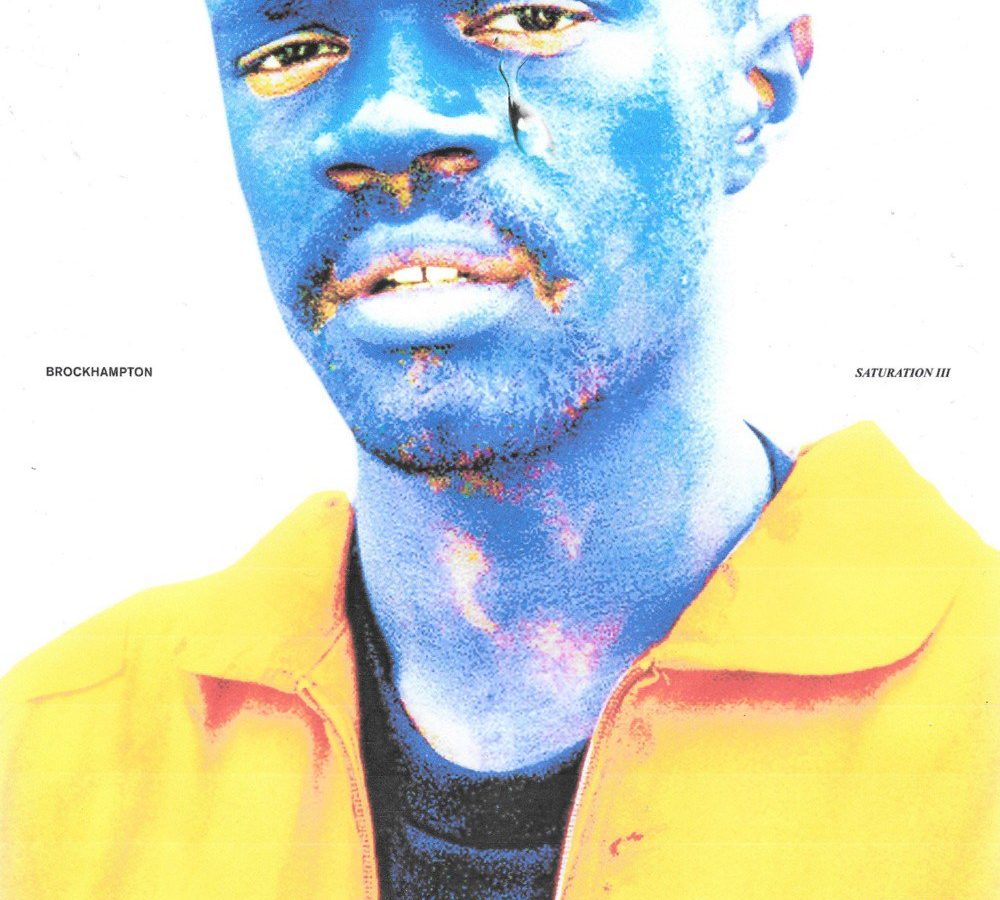 They did it. Brockhampton released Saturation III before the end of the year, effectively wrapping up a trilogy whose starting point was one of the best albums of the decade.

The third instalment of their ambitious enterprise sees 2017’s rising stars coming up with a clear answer to the persistent dialogue between pop and hip-hop that had served as their music’s backbone up until this point. Their pop sensibilities are still there, but they play second fiddle to “Saturation III”’s hip-hop aspirations. Whether that’s good or bad will depend solely on the listener’s expectations – people who thought their poppy hooks too cheesy will probably rejoice over their new direction and sing the praises of “ALASKA” and “ZIPPER”, while fans of their more radio-friendly stuff will have to make do with tracks like “HOTTIE” or “BOOGIE”, which still retain Brockhampton’s extraordinary ear for hook-based music without jeopardizing their new-found stress on rapping as the only catalyst of their youthful angst.

“HOTTIE” is a trademark Brockhampton song, Matt Champion’s and Joba’s ridiculously catchy verse coming out of the blue to steal the spotlight from Kevin Abstract’s high-pitched chorus, which was already a pretty much untoppable refrain. It’s as close to perfect as you can possibly get and yet it’s nowhere near being the best song in “Saturation III”. That title belongs to “BOOGIE”, which, when it’s all said and done, might be the highest point in Brockhampton’s career. No banger in recent years has banged this hard. Actually, the only thing that has kept it from topping every Song of the Year list is that it came out in December, the modern equivalent of releasing a cassette-only single in 2006. The song’s a total nutjob, a schizophrenic succession of uplifting verses rapped over a sampled sax that, in effect, works almost like an EDM hook, coming together like the logical successor to the anthemic hip-hop style mastered by the Beastie Boys among others.

Brockhampton‘s “Saturation III” is a more than worthy finale to the year’s most memorable, engaging and, frankly, inspirational rise to fame.

Key to Brockhampton’s appeal was their eclecticism, as they approached the first two episodes of the Saturation trilogy from an “everything goes” mentality that allowed for the seamless intertwining of drastically different styles. That frame of mind is still present in “Saturation III”, but it has stopped being the centrepiece of their art. This is an in-yer-face, bona fide hip-hop album. And while there’s obviously nothing wrong that, the truth is that Brockhampton are still not quite there as rappers, even if songs like “SISTER/NATION” or “BLEACH” may suggest otherwise. Outrageously ridiculous as it sounds, they were right in branding themselves as a boyband – they are at their best when going all out with their dream of becoming the internet’s response to One Direction, not when they are trying their hand at being the new N.W.A. Brockhampton are comprised by some genuinely superb rappers (their rumoured break up left many people gushing over the possibility of Ameer Vann going solo, and his performance in “Saturation III” certainly adds weight to the argument) and they’ve actually been getting better at it with every release, but they’re, first and foremost, hook-makers. The more they drift apart from pop music, the harder they have it making songs as instantly memorable as the ones in the first two Saturation volumes.

But let’s not fool ourselves here – “Saturation III” is still a pretty damn good album. It may not be the cultural watershed that they probably intended to make, but it still represents a more than worthy finale to the year’s most memorable, engaging and, frankly, inspirational rise to fame. What began as a bunch of kids sharing their music online as if the Internet were a perpetual Show and Tell day has resulted in the critical and popular consolidation of a musical collective bound and determined to be the voices of their generation. Now that it has come to an end, it’s easy to see how the Saturation trilogy serves as a prime example of how quickly everything is changing nowadays – in the span of six months, we’ve seen Brockhampton grow up as producers, rappers, singers, visual artists and Internet trolls. It’s scary to think about what the future holds for them – if they’re doing this against mechanical and financial limitations, what’s gonna happen when they get a big budget record deal? The Saturation trilogy may have ended, but the Brockhampton era has just begun.