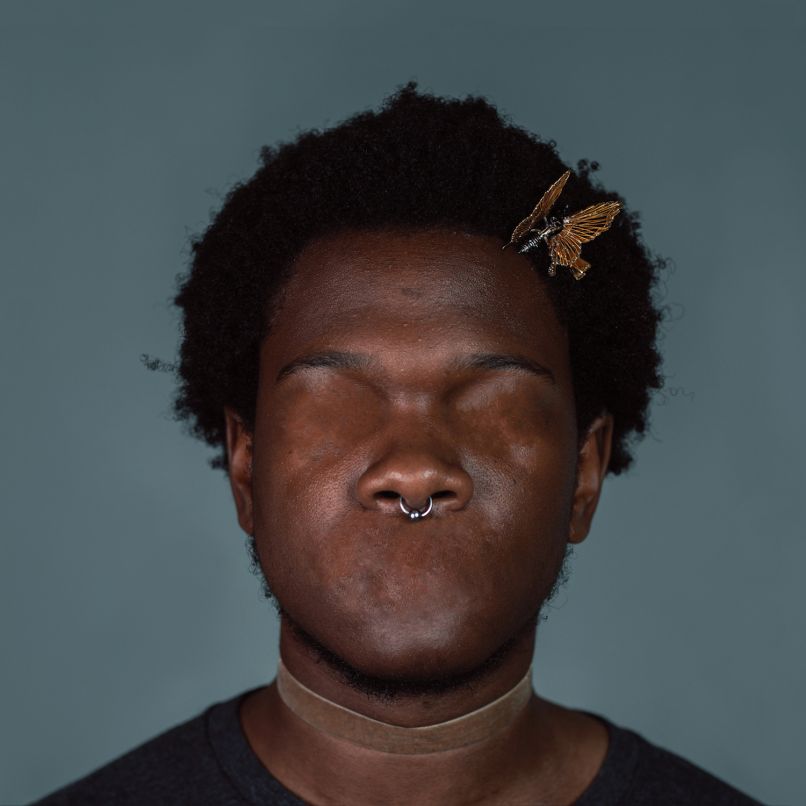 Las Vegas’ artist Shamir his back with “Revelations” and with a new label Father/Daughter Records.

It’s hard to separate “Revelations” from the narrative surrounding Shamir Bailey, an exceptional talent who preferred to go his own way rather than remaining tightly clutched in the claws of the pop industry. Two years after releasing his widely acclaimed debut album “Ratchet”, Shamir was infamously dropped by XL Recordings (rumour has it that Shamir’s reluctance to let the label make career choices for him played a huge role in his dismissal). In an elucidating interview with Stereogum, he went on to denounce how he hadn’t even been allowed to be a part of the album’s production team. But he took matters into his own hands. Right when he publicly announced that he had parted ways with XL, he dropped a self-produced, lo-fi rock album titled “Hope”. Recorded in just two days, it was more of a self-assuring statement than a proper LP, but it nonetheless became a turning point in his career by marking a huge departure from the dance-pop vibes of “Ratchet”. Shortly after releasing “Hope”, Shamir was hospitalised due to his long-fought battle with mental illness. It was yet another example of the ruthless pop industry taking its toll on the health of a young talent, as well as an unfriendly reminder of how hard and shitty success can be for young people.

Now, Shamir seems to be on a wholly different path. He is releasing “Revelations” under the small San Francisco label Father/Daughter, home to indie artists like Diet Cig or SPORTS. People who only listened to his debut and weren’t aware of Shamir’s struggles with XL Recordings might feel slightly alienated when hearing “Revelations”, an indie rock LP very much in line with what he offered in “Hope”. The album opens with “Games”, an organ-led, slightly off-kilter pop song that will make you stop wondering about what would happen if Shamir ever covered a Daniel Johnston tune. The real shock comes in track 2, “You Have A Song” – starting off only with a Pixies-like bassline, soon the distorted guitars kick in as Shamir proceeds to slowly wail with his characteristically high voice.

He may have done a complete 180º, but the most unique thing about Shamir is still his countertenor vocal range. The songwriting itself does not differ that much from other indie rock albums, so it’s the unlikely blend between his newly-acquainted lo-fi aesthetic and his one-of-a-kind vocal range which actually seals the deal. Shamir’s sense of melody is also pretty remarkable, but unfortunately, that doesn’t translate into huge hooks that stay with you for days. “Revelations” is a really satisfying front to back listen, but it might be lacking in single material. Not that it is desperately looking for one, though. The only thing that comes close to that is “90s Kids”, a wannabe generational anthem for disoriented millennials which falls way short of the mark mostly due to its tasteless, overtly blunt lyrics: “They say we don’t feel pain / They say we’re gross ‘n’ vain / 90s kids, 90s kids.” The melody is nice enough, but overall it all sounds too much like something an angry teenager would have written after being told off by a teacher.

“90s Kids” also represents one of the few instances where the artist’s insistence on candour becomes almost unbearable. Far from being awkwardly intimate, “Revelations” strives in universality even if it’s born out of a particularly personal context. Anyone who is well acquainted with Shamir’s biography will unequivocally relate “Revelations” to the artist’s fight with mental illness, but there’s a big chance that listeners who don’t know shit about him will also be able to feel identified with the narrative exposed here. For an album about being a fucked up, anxious twenty-something, “Revelations” is extraordinarily uplifting and stable. What it lacks in greatness, it makes up for consistency.

“Revelations” is a guitar album that nonetheless strikes some of the pop sensibilities that made Shamir’s debut special. Entirely comprised of subverted inspirational quotes (“We gotta learn to love ourselves / No matter on Earth, no matter in hell”), the lo-fi pop of “Cloudy” has an endearing quality to it. Based on a playful I-IV chord progression, “Her Story” is a delightful, Weezer-esque song that showcases Shamir’s great ear for melody, while “Blooming” confides in similar power-pop devices to deliver a comforting message of hope.

An effort which solidifies his new status as a lo-fi artist without losing his poppy glow, Shamir’s first album under Father/Daughter concerns itself with millennial anxiety and self-abasement. “Revelations” second half is a bit of a drag and its excessive candidness is definitely not for everyone, but it’s refreshing to see a young, struggling artist trying to stand for what he believes in, even if the end result is far from perfect.