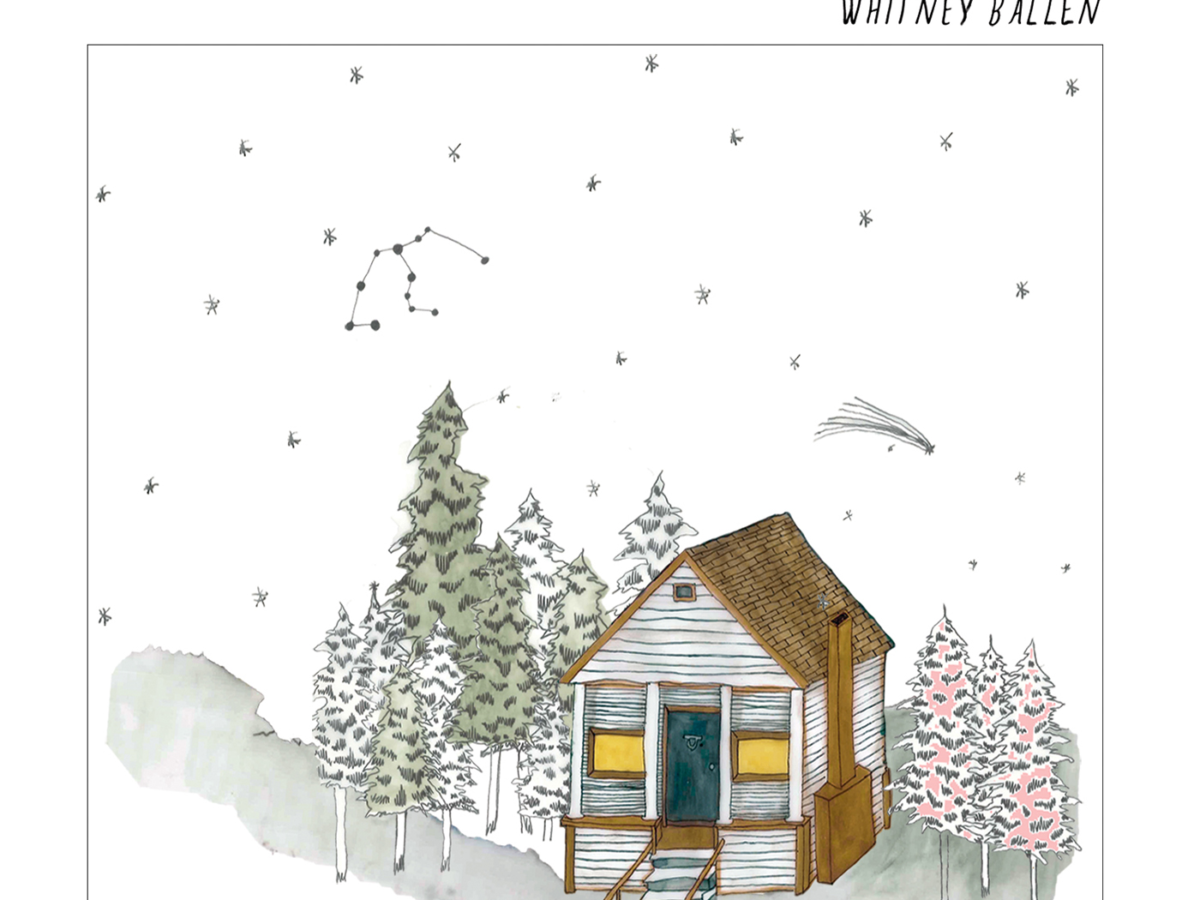 Taking her cue from emo-pop acts from the early 2000s like Rilo Kiley or Death Cab For Cutie, Whitney Ballen’s first album for Father/Daughter Records is a compelling exercise on teenage angst. A candid yet intricate album, “You’re A Shooting Star, I’m A Sinking Ship” traverses through a myriad of moods while managing to convey a singular non-conformist aura. Its title already hints at the possibility that this is the kind of album that might err on the cheesy side now and then, but it is also the kind of self-deprecating statement that makes emo music so compelling for a certain young demographic. “I think she’s cooler than me / she has softer hair than anybody I’ve seen”, she sings in the first lines of “Fucking”, one of the album’s singles and one of its strongest tracks. However, Ballen‘s talent as a lyricist goes way beyond your typical self-deprecating emo songwriter. The hook of that very same song is “I’ve got visions of you fucking her in my dreams”, which is as haunting and memorable of a lyric you’re ever gonna get.

The album’s production stands out amongst its many assets. It’s crisp and clear when it needs to be, with every little guitar lick or production trick being audible without overwhelming the rest of the track. But it can also be loud and mean in a way that most young indie bands wouldn’t even dare to be. After listening to “You’re a Shooting Star, I’m A Sinking Ship,” it didn’t come as a surprise that she had been recording a few songs at Phil Elverum’s studio a year ago. While Elverum’s brainchilds The Microphones and Mount Eerie don’t seem to be direct influences in Ballen’s sound, her debut album does thrive in the same balance between mellowness and crudity that made Elverum produce the best music in his career.

The clean-distorted dynamics of “Black Cloud” are as jarring as they are effective, channelling the restrained energy of the verses into a wordless chorus that manages to be one of the most memorable moments of the album without doing much more than just being really fucking loud. A Microphones-like interlude, “Nothing” starts off on a similar note, with a noisy intro (featuring a sort of free-jazz wankfest!) that soon gives way to Whitney Ballen plaintively singing the album’s title over layers of guitar feedback.

What is even more stunning about these two numbers is that they’re rapidly followed by “Moon”, a tweer-than-thou song following a nursery-rhyme structure both in its melody and lyrics. It is the kind of stark contrast at which the singer-songwriter excels, and one can only wish that other artists similarly talented at writing songs would dare to do this kind of things in their first album. It is precisely that ability to set in opposition drastically different moods that turns “You’re A Shooting Star, I’m A Sinking Ship” into one of the most adventurous guitar debuts in recent years. At least half the album could be fittingly labelled under the twee tag, Whitney’s childish vocals making a strong case for it. However, there are many moments (too many for it to be unplanned) when she doesn’t shy away from a truly abrasive sound.

At times beautifully backed up by horn arrangements (see the mid-tempo stunner “The Kiss”), Whitney’s songs are strong in melody and layered in instrumentation. Lyrically, she tends to switch between a familiar millennial despair (“Everything that’s good goes” are after all the first lines in the album) and a quasi-impressionistic approach that she takes up in more graceful songs like “The Kiss” or the title track. At her most successful, she combines both and gets away with it, “Rainier” being the prime example. There’s also something to be said about her knack for story-telling (“San Francisco”), though the biggest compliment that could be made to her lyrics is that they equal the beauty of the music playing underneath them.

There is an elephant in the room, though, and it takes the form of a Charly Bliss-meets-Yoko Ono singing style that will understandably throw some listeners off. It is particularly grating during the first few songs, and while it’s easy to get accustomed to Whitney’s rather particular vocals, they’re the one make-or-break element here. That being said, it works rather well in the slower tracks, and it brings in a unique quality that makes the album stand out.

Poignant, catchy, and quirky, “You’re A Shooting Star, I’m A Sinking Ship” is a truly great accomplishment that ranks amongst the year’s best debut albums. Once you get past Whitney Ballen’s idiosyncratic vocals, it’s extremely easy to fall in love with this collection of hook-heavy songs that feels as musically expansive as lyrically intimate. Without a doubt, one of the most overlooked albums of the year.