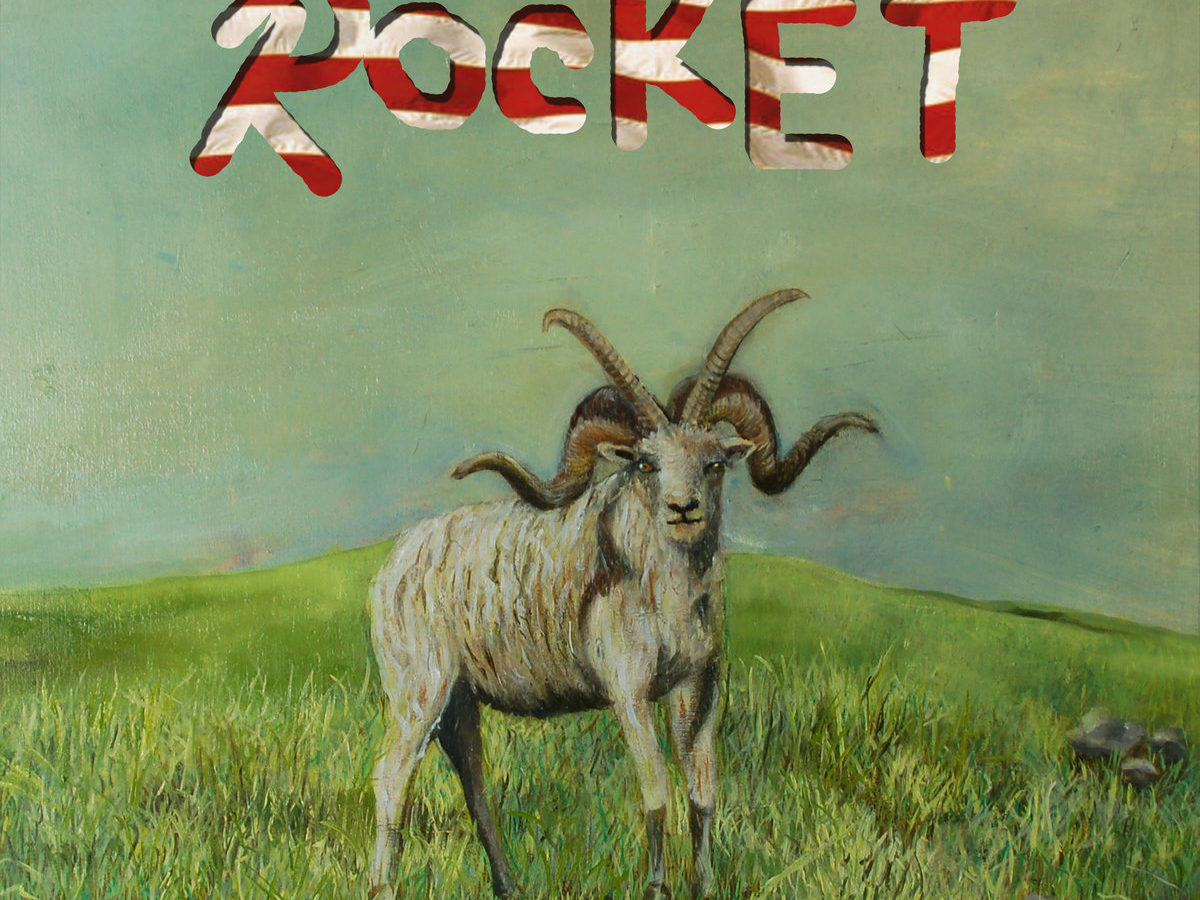 The country-rock icon Gram Parsons aimed for his music to be “cosmic American music”, that is, a blend of country, rock, soul and blues all bundled up in characteristically ‘60sish politics and mysticism. This was music that aimed to break through barriers of race, to bring together the hippies with the coal-miners, the blacks with the whites.

It really sounds like (Sandy) Alex G is updating this spirit and bringing it to his own music. The first single from ‘Rocket’, ‘Bobby’, was a surprising swerve away from his normal bedroom pop towards Wilco-ish alt-country. This move arrived just as the artist had received his biggest exposure — with his guitar-work appearing on Frank Ocean’s ‘Blonde’ and ‘Endless’ albums. Alex Giannoscolli, now recording as (Sandy) Alex G, has previously been known for recording solo, but in the video for ‘Bobby’ we see (and hear) Giannoscolli flanked by a full band.

‘Rocket’ is more, though, than an ‘Alex G went country’ album. The first five tracks continue steadily down this autumnal alt-country path. Then, unexpectedly, we get ‘Horse’. It almost sounds like someone playing a Steve Reich track and a John Carpenter track at the same time. It functions as a palate-cleanser to allow you to forget that you’ve just been listening to fiddles and banjos. ‘Horse’ then segues violently into ‘Brick’, a noise rock track. This is probably the most abrasive thing Giannoscolli has recorded — the moment the bass kicks in is a real shock to the system. Just when we’re unsure about where this avant-garde rabbit hole will take us next, we receive one more twist, but away from dissonance into ‘Sportstar’, an electronic track with autotuned vocals. It’s a track that suggests an indie version of Frank Ocean’s recent work. While ‘Sportstar’ could clearly be described as ‘experimental’, its spacious reverb and laidback sound easily allow us to transition back to the remaining alt-country and indie. The track is just as good for soundtracking lonesome, long drives as any country music. Giannoscolli has frequently used pitch-shifting effects on his vocals before, but here we hear him really embracing them as more than a novelty. The reverb on his voice makes the ends of the notes evaporate; you think of rivers flowing, large birds flying, time passing.


With ‘Rocket’, (Sandy) Alex G appears as a versatile vagabond.

An artist like Alex G doesn’t need whatever Gram Parsons was taking to understand America. With the help of an internet connection he is able to look far beyond his own room into the bedroom studios of the whole country. At the same time, he seems to be staring out his window at farmland as he ponders America’s musical past. With this approach, he makes music that seems equally traditional and contemporary. The way Parsons felt about the R&B of his day, (Sandy) Alex G feels about the R&B of his own. This all reminds me of a recent meme that compared Soundcloud to Bandcamp with side-by-side photos — the former is a 2017-ish rapper, the latter a stereotypical hipster. The meme made clear the genre-preferences that these two platforms seem to indulge in. While Giannoscolli is pretty much the epitome of a Bandcamp artist, it is nice to know that he hasn’t been grounded in his own bedroom sonically. He’s fusing elements of music together to make his own cosmic bedroom music. He’s refusing to ignore the innovations being made in production by artists in the field of electronic music and rap. To not make use of these effects now seems to be the equivalent of ‘going acoustic’ twenty-plus years ago. The electric guitar is now the instrument of the musical past, while production software is the sound of today.


‘Rocket’ almost seems to be Giannoscolli moving in two directions at the same time. It is an album that will cement his reputation as a fascinating cult oddball. He is apparently perfectly happy to make his ‘living in the woods’ For Emma, Forever Ago album at the same time he makes his ’22 a million’ headfuck. His message seems to be that he can and will do any of these things simultaneously. This vagabond attitude will certainly win him plaudits from critics like me who’ve been programmed to enjoy this sort of artistic trolling. Clearly, I’m missing out on a large amount of emotional and songwriting nuance in my obsessive search for aesthetically volatile artists who veer violently across the lanes of genre. Oh well.