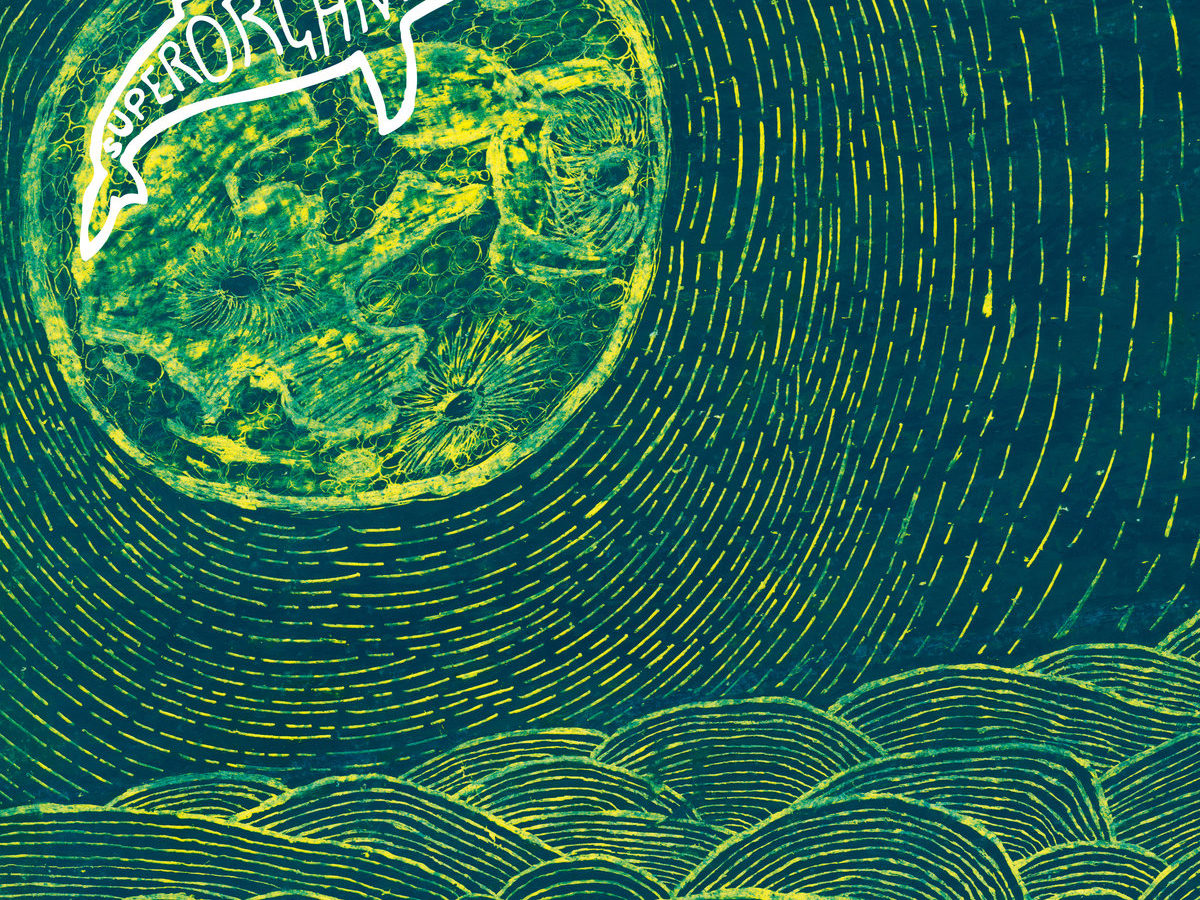 The story of Superorganism, an 8-people collective based in London and one of the most hyped music collectives of 2017, is an exemplary representation of the times we’re living.

Superorganism started as a group of musicians coming from different areas of the world, who met in New Zealand and eventually moved to London, where they live in a two-story house. There, they wrote their first song, “Something For Your M.I.N.D.”, sending each other files from different rooms and mixing everything together, adding small sonic details to each other’s musical patterns. The result was a fluid plethora of sounds including the hooting of an owl, apple bites, samples in Japanese, altered vocal pitches, groovy basses and Hawaiian-sounding synths.

Once the song was completed, synth player Emily asked an internet friend of hers, a Japanese 17-year-old named Orono who was studying in Maine at that time, to record something on it. After just thirty minutes, she sent back the whole track back, adding an infantile Moldy Peaches-reminiscing tenderness to the song, which eventually became its best quality. Half a year later, Orono moved to London to live in the living room of the collective’s shared house. A modern, partly alienated version of a hippie commune from the ’70s, yet based exclusively on the lonely languages of the internet.

“Something For Your M.I.N.D.” was a success. It was included on the weekly Spotify’s “New Music Friday” playlist, it became part of the FIFA18 soundtrack and it reached over a million views on YouTube. During the rest of the year, the collective released three more songs. None of them had the same impact of their first single, yet they contributed to attract a young, ever growing and enthusiastic internet-based fanbase. The imagery they offered together with their songs, on their videos and on their website, did the same: a mix of memes, video games, Tumblr post-internet aesthetics and glitch art that lacked in originality but that was ultimately desirable and appealing for many.

For the whole year, it always felt like Superorganism are a band that is meant to exist only on the internet. And in a way, it also feels like they can be appreciated mostly, if not only, there. That’s why releasing a whole album—out since March 2nd via Domino Records—might sound like quite an awkward move. Even more when one notices that four of the ten tracks that compose Superorganism – the obvious name of the collective’s debut – are the same tracks they released one by one throughout 2017 as the album precisely starts with the tracks Supeorganism released after “Something For Your M.I.N.D.”, the best being the intimate yet dissonant “Nobody Cares”.

Somehow, these songs sound decent and cohesive placed one after another, yet the rest of the album doesn’t add anything to what the singles had already offered. Leaving aside the fact that eight people seem to be way too many to write and play this type of music, the collective’s new songs are a collection of sounds that Superorganism had already used on their previous tracks, reassembled in ways that don’t save them from sounding like simple fillers—and from saving their album from appearing as a mere commercial move. “Relax” is a recycled version of “Everybody Wants To Be Famous”; “Nais March” is an ambiguously rarefied and ambient slow track with a long, unnecessary interlude pausing it; “Night Time” sounds like the incomplete demo of a fast, celebratory finale—though it does make you dance.

As a whole, Superorganism feels like the unfortunate self-celebration of a year that went well, rather than being the worthy ending of a cycle—or the beginning of a new one. There’s hope, though.”Reflections On The Screen” is a delicious indie song with an Arcade Fire-like triumphant vibe in it. It gives an idea of what the record could have sounded like if Superorganism were brave enough to leave their recent past in 2017 and look forward already. Or if they had the patience to spend some more time working on their music before releasing an album. We’d be pleased to wait a little longer next time.