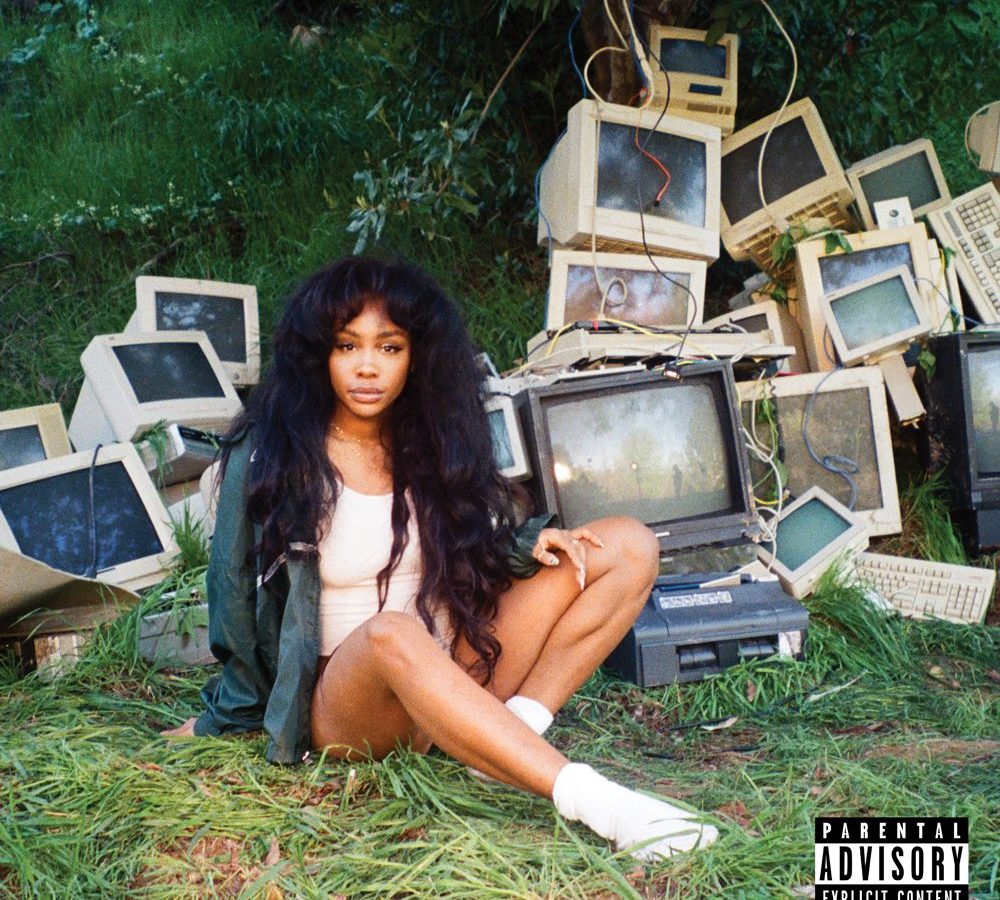 At its heart, SZA‘s ‘CTRL’ is an album about insecurity.

SZA (real name Solána Imani Rowe) deals with the way one’s own anxieties can affect a relationship and how not accepting one’s own flaws can lead to a refusal to believe that another person could ever accept those flaws. It’s a reminder that relationships can exacerbate your anxieties if you merely expect someone else to fix all of your problems without working on them on your own. ‘Supermodel’ opens the album with admissions so vulnerable they feel like therapy set to music. In the song, SZA writes a letter to an ex, telling him she slept with his friend and singing, ‘Why can’t I stay alone just by myself/ Wish I was comfortable just by myself/ But I need you’. With this, Rowe seems to acknowledge the complexities of a relationship in a way that is often missed; she acknowledges her own error while still managing to criticise her partner.

At various points, SZA worries about how her clinginess and her body might lead to her partner seeking others. She sings, ‘I’m sorry I’m not more attractive/ I’m sorry I’m not more ladylike’. It’s a reminder that relationships often involve us trying to live up to society’s problematic version of how we should look or act. Struggles to attain your gender’s stereotype are magnified by relationships where we typically idealise a gender stereotype. Rowe sings of looking to be what her other wants: ‘I wish I was a normal girl/ how do I be your baby’. These are the sort of issues we can understand intellectually as problematic but still yearn to fit in. At least when you’re single you can face less responsibility for your inevitably problematic behaviour. It’s less likely to directly hurt anyone or to hang over you. Each member of a couple’s insecurities can rub up against the others in a relationship causing even greater friction.

SZA‘s ‘Ctrl’ manages to be a remarkably vulnerable album in a genre that specialises in that openness.

Thematic analysis aside, SZA’s music has matured and come closer to rivalling the high bar set by her TDE labelmates (Kendrick, Schoolboy Q, etc.). Her vocal delivery throughout the album is brilliantly idiosyncratic. Her voice jumps to unusual intervals while she incorporates rap-like flows into her animated singing voice. She has progressed hugely since her mixtape ‘Z’, where she struggled to have a distinct identity. ‘Childs Play’, from that album, saw her outshined on her own track by Chance The Rapper (who, to be fair, is very hard to share a track with). She mostly struggled to break away from the anonymity of the world of the R&B hook singer. Since then, SZA has found a way to make herself stand out in an R&B world that has rarely been so full of unique talents. The beats are an enjoyable take on alt-R&Bs blend of up-to-date electronic and hip-hop textures with just a touch of older jazz or soul sounds. Muted late-night textures are generally left in favour of bright pop tones and major keys. A particular standout beat-wise in ‘Doves In The Wind’ with its 90s-ish breakbeat adorned by an off-kilter synth and a well-used sample from Redman’s ‘Let’s Get Dirty’.

While I do enjoy ‘CTRL’, I’d say much of it is merely strong. The pop direction of single ‘Drew Barrymore’ appeals less to me than the dreaminess of ‘Prom’ or the gospel-ish harmonies of ‘Weekend’. Surprisingly, the most successful of the guest rappers is not TDE labelmates Kendrick or Isaiah Rashad but Travi$ Scott, whose autotuned croon fits snugly into ‘Love Galore’.

By an odd coincidence this piece has been written as my own anxieties have been flaring up. In the depressed states that often follow this lack of confidence, writing can seem like a pretty pointless process. The song that has hit closest to home for me has been ‘20 Something’, a song about the difficulties of figuring out your own life. It’s likely that after ‘Z’, SZA herself did a lot of soul-searching before reaching the point of greater maturity that this work represents. While your 20s are often romanticised by older people, they’re also incredibly difficult as your freedom becomes daunting rather than exciting and you yearn for a sense of stability. ‘Ctrl’ manages to be a remarkably vulnerable album in a genre that specialises in that openness.