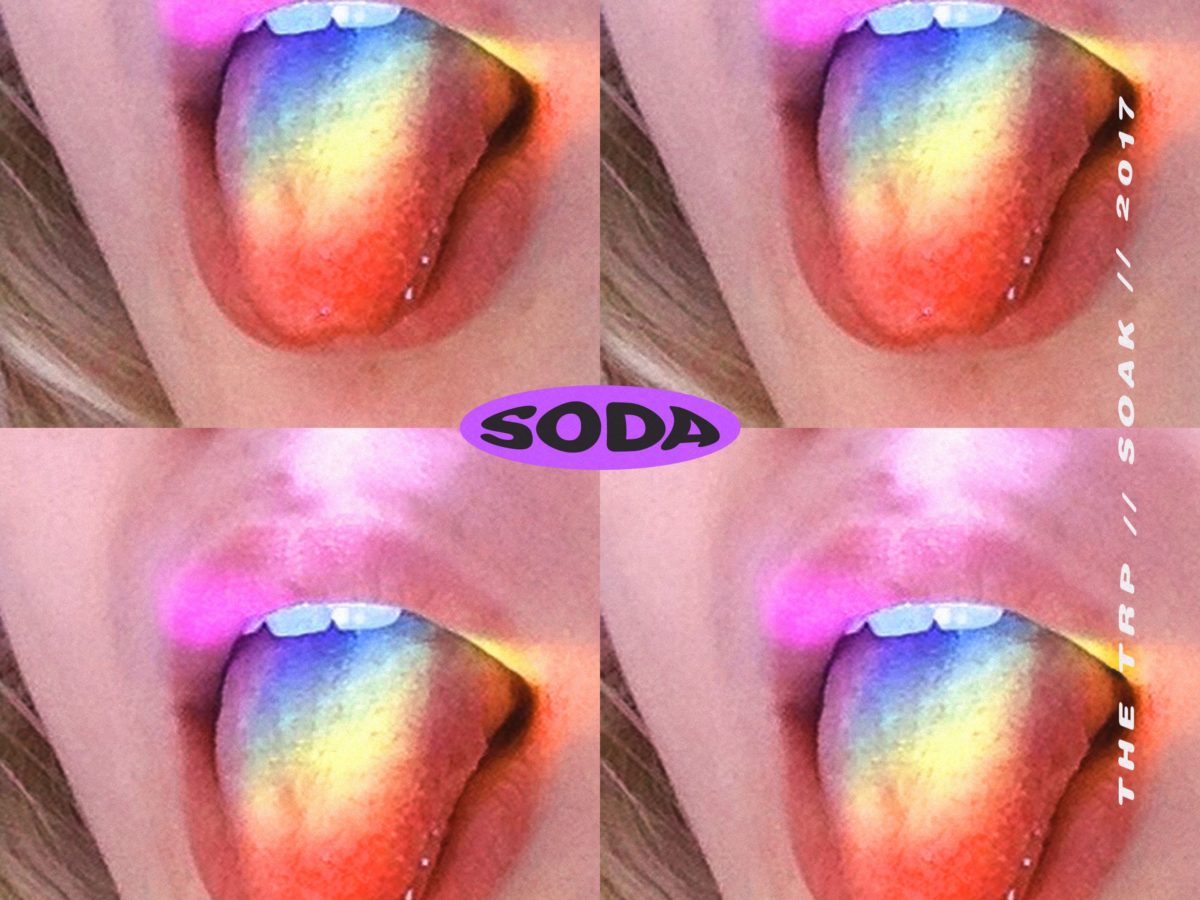 So far, The Trp have rarely failed to catch our attention with the compact but eclectic collection of songs that make up their discography. Equipped once again with ample doses of mystery, subversion, and eponymous trippiness – the unidentified trio has resurfaced again with “soda”, and it’s like carbonation for your brain.

From its first whispers of clattering semi-disarray, “soda” is a track that doesn’t want you to find your bearings too easily. What begins as a sea of clashing chord stabs and shivering drum patterns slowly distils itself into colourful harmonies and pocketed rhythms, keeping the listener right up on their toes, while still leaving room for some more comfortable passages that ease up on some of the experimental quirks The Trp are accustomed to.

The Trp’s “soda” is modern R&B shaken up and under pressure, like a can of its namesake.

Lyrics like, “We used to date, we used to fuck, we used to hang, but now we dance together”, add a measure of twisted bluntness to the usual fare. The vocal work itself on “soda” is as multifaceted and diverse as the production, complete with an off the wall rap verse splitting the track down the middle.

Along with everything else the song has to offer, “soda” is also the second taste of what we might be able to expect from The Trp’s upcoming “SOAK EP”. And “conventional” is certainly not on the list.