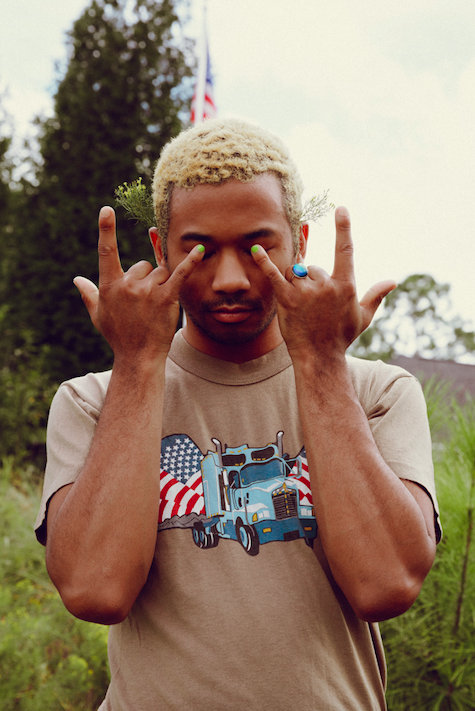 It’s not everyday we’re delivered standout music by way of Dropbox, but Chaz Bear – aka Toro Y Moi – has never been an “everyday” sort of artist. While there are plenty of highlight tracks on his Soul Trash mixtape, all with titles that sound like an error code, “b_elijah_therapy_v2” rises to the top as one of Chaz’s most exciting forays into full-fledged hip-hop to date.

Off-kilter 808’s kick off the track, quickly giving way to a sparkly hook marked by some uncharacteristically audacious lyrics: “Man this vision got me startin’ up a biz / Why you think I got a space this big / Now I come off arrogant /Said too much like you my therapist”. This more or less marks the end of Chaz’s vocal work on the track, with the rest of the responsibility falling on newcomer Elijah Kessler, a singer and rapper from Santa Monica. Despite an unfamiliar name, it’s hard to imagine a better fit for the crunchy, synth-soaked beat, as Elijah skips across the track with veteran agility while keeping things melodic and sleek.

Long-time fans and Toro Y Moi virgins alike would be remiss not to dive into the sounds and sights (there’s a short film) of Soul Trash. Catch a vibe – God knows Chaz makes it easy.

“b_elijah_therapy_v2” is now featured on our Best Tracks of 2019 playlist.