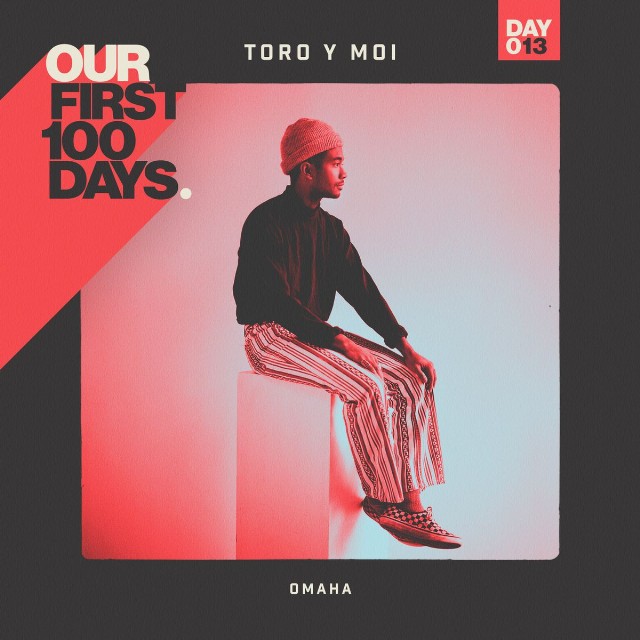 There’s an unshakeable nostalgia to Toro Y Moi’s new track “Omaha”, a subtle whiff of Americana weaved into its mellow Indie vibes. Part of “Our First 100 Days”, a musical fundraising project matching 100 new songs from various artists to each of Trump’s first 100 days in office, this one is just what the doctor ordered.

Toro Y Moi (AKA Chaz Bundick) is in peak form here, beautifully exercising restraint in every aspect of “Omaha”, while still coming up with something thoroughly textured. There are tinges of both love song and protest song to the tune, with Chaz’s diverse and understated lyrics floating calmly over this cool summer breeze of an instrumental. “I was thinkin’ wrong, yeah. You’re already gone, baby”, is nothing if not a quintessential Indie-rock chorus; and yet, it’s still as fresh sounding and catchy as one would expect from Toro Y Moi.

The only downside to the track – which does sound eerily like how I would expect a Nebraska afternoon to feel – is that it’s not indicative of a new Toro project on the way. But, considering it’s both killer and for a good cause, that disappointment can be overlooked. And, speaking of a good cause, “Our First 100 Days” is well worth checking out beyond just “Omaha”, considering it features a stacked line-up that also includes Angel Olsen, Joey Purp, Kami, and 96 others.

Right now, you have the choice between scrolling through another wave of toxic social media posts, or pressing play on a warm, pretty, and politically keen new Toro Y Moi song. It’s a pretty easy call.