Vulgar Display Of Power: Why Is Music Still Such A Boys' Club? 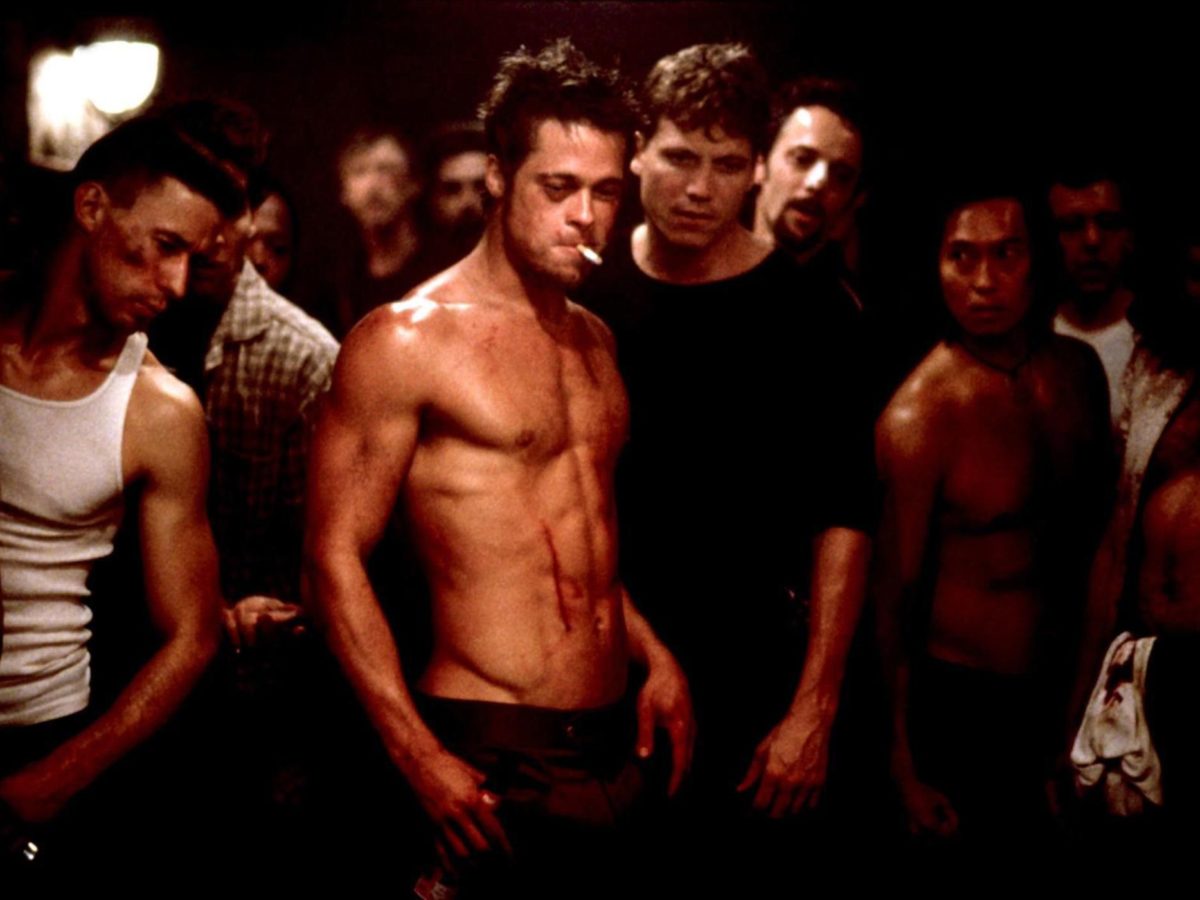 Gender in music is an odd thing to talk about. Mostly because for a long time the only visible faces (or audible voices) were men’s. When the people who were playing music, writing music and writing about music were all men, masculinity became an unexamined and central part of musical culture.

In late 70s Britain, the sociologists Simon Frith and Angela McRobbie wrote that “it is boys who become interested in rock as music, who become hi-fi experts, who hope to become musicians, technicians or music businessmen. It is boys who form the core of the rock audience, who are intellectually interested in rock, who become rock critics and collectors”. Something, clearly, about the idea of taking music seriously fit with the way we allowed men to be men and not with the way we allowed women to be women. In 2017, and in this current wave of feminism, things certainly seem better but how far has an idea of masculinity ingrained itself?

Despite the more promising progressive moves of our current musical world, masculinity is firmly entrenched in music and our ways of thinking about it. You don’t have to dig deep to find worrying stories that make it feel like we’re still back in the seventies. Stubbornly rooted deep in our thinking about music are links between our ideas of creativity and masculinity. Music is hardly the only sphere of culture to have been arbitrarily gendered: science, technology and engineering fields (STEM) are famously

While women are clearly just as talented as men (why on earth would there be a biological difference in these matters?!), their contributions are clearly valued less. Men are allowed the encouragement, the space, the funds and the critical attention to allow their talents to thrive. Accordingly, men are generally seen as the default for musicians, with women frequently seen as a deviation from the norm (you wouldn’t refer to The Rolling Stones as an all-male band, right?).

To understand this we have to examine the fundamentally different (and frequently subconscious) prisms we see male and female behaviour through. A

These roles then directly translate into artistic and musical philosophy. The traits that we admire in musicians are those of disruption, independence and originality. These could be considered the main focus of the rock ‘n’ roll philosophy. So not only are we more likely to encourage men to be creative and enter the world of music, but we will also be more likely to recognise creativity in men even if they’re doing the same work. The philosophies of art and masculinity are then inevitably linked. The traits we abhor in art then are those that maintain the fabric of society (in the way of a stereotypical mother). The moments we value in music and art are those initial moments of rupture when everything changes but before the larger public is aware: punk rock in 1976, acid house in 1988, modernism in 1922. When you think of important artists, musicians and creators, the ones we value most are those that broke down doors and played by their own rules “exerting independence and distinctiveness”. We don’t value the bands that “maintain[ed] social harmony and interconnectedness”. From punk rock to Kanye West, the most culturally valued movements have been those that challenge the way we view society, not those that uphold its values.

The mythology of rock ‘n’ roll is for music that shakes the boundaries of culture. As musicologist Keir Keightley writes, “the idea of rock involves a rejection of those aspects of mass-distributed music which are believed to be soft, safe or trivial… the styles, genres and performers that are thought to merit the name ‘rock’ must be seen as serious, significant and legitimate in some way”. In this sense, rock doesn’t have to even mean distorted guitars but an idea of music being independent or distinctive. You can apply the ‘rock’ mode of thinking to everything from Nick Cave to Lil’ Yachty. Pop music, on the other hand, is seen to conform to what the system already wants. People taking music seriously will then value whoever is the most unique, not those who sound overly influenced by others. Pop culture is associated, then, with conformity and with femininity, a Stepford Wives suburban world of bland obedience. Rock culture becomes its opposite, eschewing conformity for a masculine sense of rebellion, leaving the home behind. As in Kerouac‘s On The Road, women are there to care for you, pay for you and ultimately to hold you back from the wild adventures you and your buddies can have.

Women (in the rock ‘n’ roll philosophy) are a symbol of both safety and oppression, the ultimate figure to rebel against. In this case “the rules” are often supposedly enforced by the mother. As the early twentieth century American writer H.L. Mencken wrote: “women are the conservative and conservators, the enemies of hazard and innovation… mothering which is their supreme gift is the greatest of …foes to masculine enterprise”. More recently this connection between mass culture and femininity has been made by Tyler Durden in “Fight Club”. As the characters see it, they are “slave[s] to the IKEA nesting instinct“, to the false dreams of television, consumers that are “byproducts of a lifestyle obsession”. The unnamed narrator (Edward Norton in the film) imagines an alter ego (Brad Pitt) who is the paragon of conventional masculinity in contrast to his own life as a white-collar wage-slave. Breaking away from this “nesting instinct” (clearly a maternal reference) can only be achieved by forming an exclusively-male group who reassert their masculinity by beating each other up and rebelling against this feminised mass culture.

Any musician can be taken seriously if they adopt the rock philosophy, whether they show a certain rebellious attitude in the way they deal with their label, their decadent behaviour or in their claim to speak for the people. Rock is a philosophy of rugged individualism. Rock’s political stance is neither necessarily right or left but a kind of libertarian anti-authority stance. “Fuck you I won’t do what you tell me” is its rallying cry and unofficial slogan. By rebelling against the culture you were brought up in, you are rebelling against this imagined nagging mother figure. As long as you’re breaking the rules, you’re fine. So

In spite of all this, it is easy to think that as left-leaning feminists, we have left behind the culture of patriarchal masculinity from which we felt so estranged. This is not the case. The issue is that when we talk of masculinity, we are often talking about the masculinity of others as if there is one clear version of masculinity. We might think that AC/DC fans exude masculinity while us Radiohead-loving hipsters have risen above it. Those AC/DC fans love loud guitars and their lyrics are more clearly objectionable but this far from makes us immune.

As the New Zealand-based musician and academic Matthew Bannister points out, indie is not necessarily any less masculine: “it was a different kind of masculinity: activities of record collecting, debates about the composition of the “canon”; music “connoisseurship”, exchange and hoarding of information – all provide spaces for masculine identity formation.” Bannister writes that “indie provided a space where some men could assert masculinity indirectly by participating in a kind of objective order or symbolic system of authority”. In other words, by being into weirdo obscure music, a certain kind of man could assert their masculinity in their deep knowledge.

It is easy to look down on more working class ideas of masculinity and to never examine the ways that this hipsterdom can itself exude a certain kind of middle class masculinity. Basically, masculinity in our culture tends to exist as a form of power. This power can either be in the fairly obvious form of a heavy metal band lording over the stage with their virtuosity and dominance over the audience but also in the detached elitism of indie/hipster subcultures. As Bannister writes: “taste is a form of cultural power”.

Another way masculinity paradoxically lingers is through its own subversion. There are ways that “normal”, macho masculinity is broken away from in popular music that can seem fairly progressive in some senses and totally regressive in others. Musicians from Young Thug to The Rolling Stones have cross-dressed while still referring to women as “bitches” or writing songs like “Under My Thumb”. This makes you think that maybe cross-dressing wasn’t as progressive as it first seemed. As Simon Reynolds writes in his glam rock history “Shock And Awe”: “Male pop performers annexing for themselves the feminine province of fashion and beautification, then, was not necessarily an indicator of respect for women. It was an extension of vanity, a new terrain for the male ego”.

Similarly the open emotional lyrics of Drake to

In these ways, the whole “rock” philosophy has a certain degree of macho behaviour behind it. Acquiring knowledge becomes a new form of intellectual dominance. Consider the common complaint from women in any geekish world like this where they are challenged to prove their knowledge of pop culture as they have been assumed to be phonies or charlatans on the basis of their gender. Further still, the idea of “mansplaining” seems to speak to this same need for men to assert their dominance by use of brain rather than brawn.

It is certainly no bad thing that in 2017 music as a culture is comparatively less male-dominated than it was but it seems overtly utopian to suggest these ideas will be going away quickly, if at all. In our more progressive circles, we might be seeing slightly less male dominance but with all that’s happened recently these progressions seem precarious at best. We might be able to complain about gender roles and agree that they’re outdated but who, of any gender, can say they haven’t made ridiculous assumptions about a woman’s knowledge of music or just generally have treated women poorly through their own unchecked sexism? Our cultural values were developed with white, straight, middle-class, cis-gender people in mind. They won’t go away after a few listens of Lemonade.