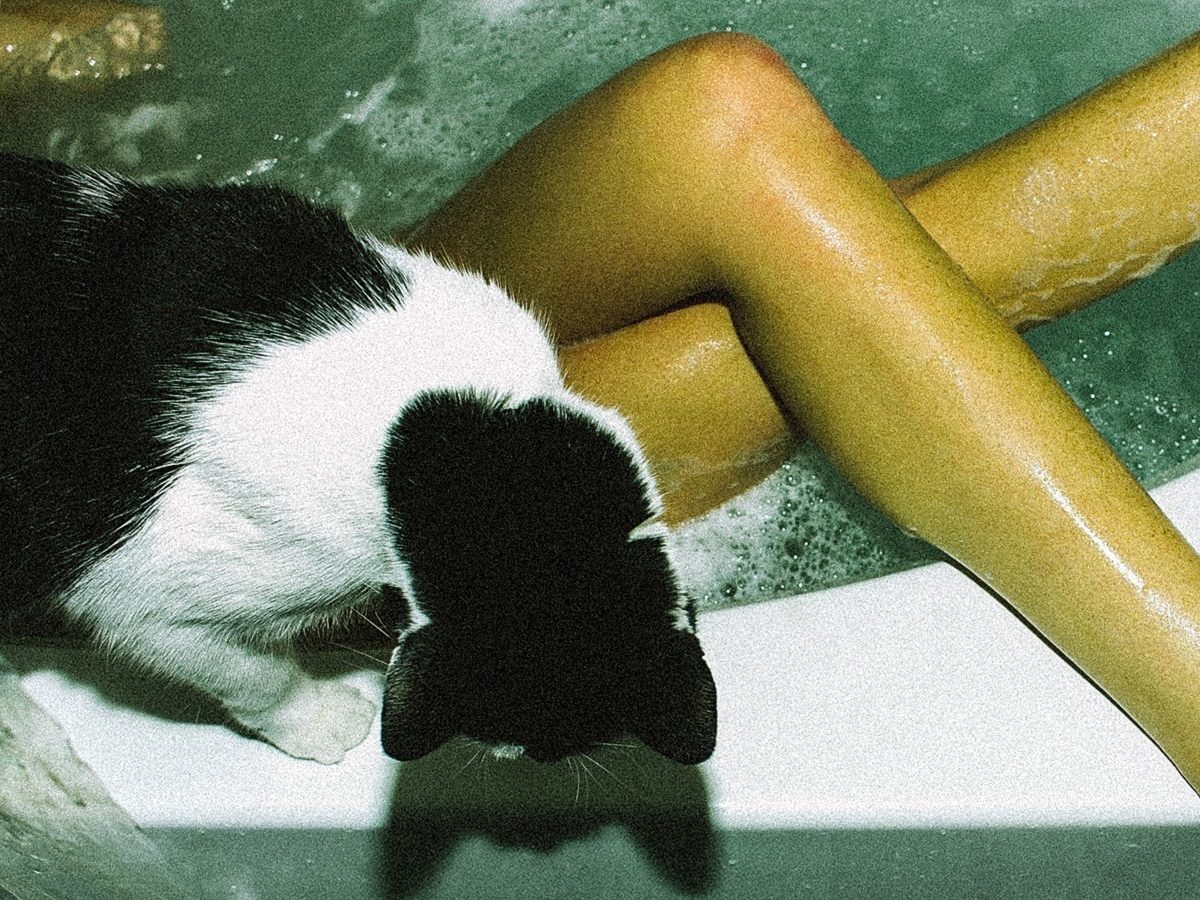 With the release of his debut album, “Naked,” Houston producer WOLFE de MÇHLS isn’t just trying to make a name for himself; he’s actively carving out his own aesthetic.

While “Naked”’s nocturnal, trap-influenced sound is no revolution in and of itself, the nuance and flow that WOLFE de MÇHLS weaves throughout the 33-minute project makes it clear that it is his drugged-out party that we’re getting a chance to listen in on, and no one else’s.

If you happen to have stumbled across WOLFE de MÇHLS’ “Dead In The Bathroom EP” last year, then you already know what to expect on this new release. “Naked” is unapologetically dark, thoroughly intoxicated, and occasionally disorienting, feeling a bit like the soundtrack to a night spent trying to figure out what was actually in that pill. In the short space between the opener, “Undress”, and the second track, “Roses”, we’re jarringly transported from mellow acoustic guitar vibes to wet-around-the-eyes PBR&B in the blink of an eye, setting the tone for the winding sonic landscape ahead. Whether it’s the heavily and unpredictably manipulated vocals worked sparingly throughout the album, or the unexpected answering machine messages and “Hold On We’re Going Home” samples on “Ferrari Doors” and “Cleopatra”, respectively, “Naked” will undoubtedly keep you on your toes.

On “Naked”, WOLFE de MÇHLS is reminiscent of a young The Weeknd, if The Weeknd had been on even more drugs when he made “Trilogy”.

However, when WOLFE de MÇHLS isn’t juking out your ears with an unexpected choice, it becomes easy to get lost in the sea of warped, anguished singing and sharp, clattering percussion that is all but ubiquitous here, as the cohesiveness of “Naked” begins to verge on monotony. While the production is certainly well-executed, and the vocal performances are appropriate for the overall vibe of the album, the sum of these parts leaves me wishing there was more to grab a hold of musically, so that the apparent story- or stories- of addiction and heartache that span “Naked” don’t feel so lost in the fog of some of the more repetitive elements of the album.

There are certain songs, like “Drugs Bass and You” and “Sunset Park” (which features a solid Big K.R.I.T. feature), where a touch of conventional song structure and a more varied musical palette momentarily break the hypnosis, but the fact remains that a large portion of “Naked” sounds like the auditory equivalent of a pocket-watch swinging before your eyes, creating a kind of trance that leans more toward boring than it does intriguing.

In the end, though, WOLFE de MÇHLS does display a heavy streak of artistry here, and “Naked” does have the potential to make for a very unique, dreamy listening experience if you’re in the right state of mind, altered or otherwise. A lack of songs that stand out individually and an overall sound that verges on feeling uniform both weigh down the overall enjoyment of this album, but not enough to sully interest in what he is going to bring to the table next.