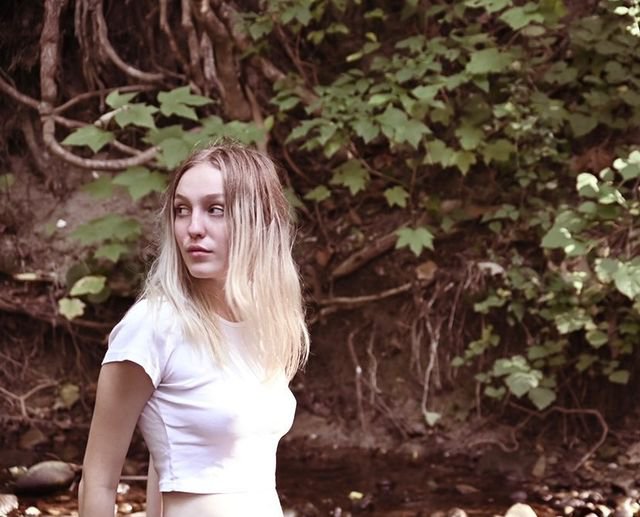 Coope, a painting student at the Pratt Institute in New York City, began taking music more seriously last summer during the COVID shutdown. Starting with GarageBand and her mom’s old Martin, she started writing the songs that will form her debut EP, to be released later this year. “Norma Ray” doesn’t use much more than these instruments – a bit of SP-404 to effect the vocals, a touch of Omnichord and a Moog bass drone. Yet, despite the simplicity of its instrumental elements, the song is a deliciously dense piece of psychedelia. You can hear some of her painter’s sensibility in the way she builds out the song – textured vocals layer on top of one another like overlapping brush strokes, and pile up into a thick canvas of sound.

“Norma Ray” is a song that rewards relistening – patiently the layers of the song peal away from one another and reveal their individual, otherworldly oddities. Anastasia Coope has a deeply surrealist appreciation of unexpected juxtaposition – strange, evocative pairings of sound leap out from the stereo. There is something powerfully abrupt in some of her yelps and howls. The listener finds themselves a bit flummoxed, caught between stair steps. It is rare that music is so genuinely surprising.

However, beneath these odd, complicated knots, “Norma Ray” has a lovely folk sensibility. Coope is originally from upstate New York, and the down-home acoustic guitar tone at the heart of the song sounds like the fields and farms of that part of the world. With this warmth at its core, the song;s strange, fantastical vocal harmonies start to take on an unlikely beauty, like the best moments of Animal Collective’s discography, or my favorite surreal paintings.

Below, watch Anastasia Coope give more insights about her debut track “Norma Ray”. 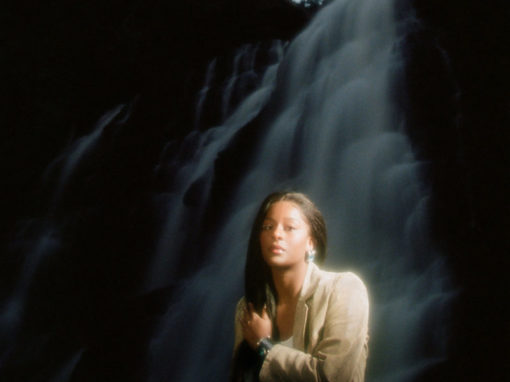 “Two Face” is taken from L’Rain‘s new album, Fatigue, out June 25 on Mexican Summer. Brooklyn-born and based experimentalist and