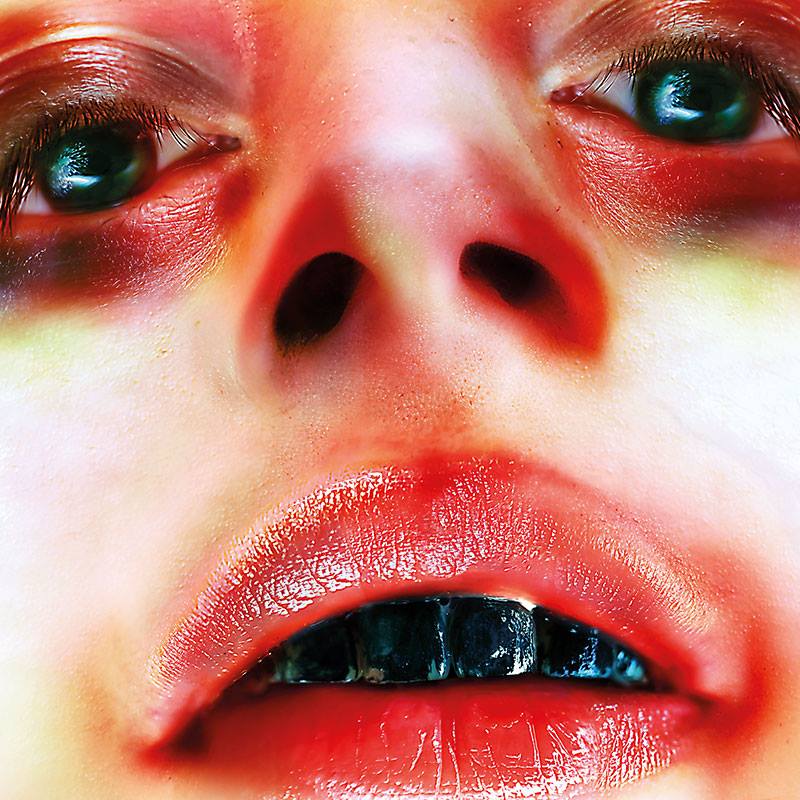 It’s fairly frustrating trying to review Arca. It’s the sort of album that just doesn’t sound quite right when listened to in broad daylight while sat on a train. Solid blue sky is not this album’s domain. Put it on as the shadows get lower, when the sun starts to set, when the moon is out, however, and its world will open up to you.

Arca is, of course, Alejandro Ghersi the Venezuelan producer who has lent his extraterrestrial talent to albums like Yeezus, FKA Twigs‘ “LP1” and Björk‘s “Vulnicura”. This is hardly his first solo album (preceded by “Xen” and “Mutant”), but it is telling that this is the one he has named “Arca”.

Compared to his work with larger-than-life characters like Kanye, Björk and FKA twigs, his previously abstract, instrumental solo work has always struggled to arouse my interest. On Arca, however, he forcefully stakes his claim to be the rival to any of these mythological creatures. He certainly deserves to sit shoulder-to-shoulder with any of them in pop culture’s hallowed pantheon of eccentrics. As a gay Venezuelan who has modelled for streetwear brand Hood By Air, he’s hardly ever seemed like the shy, bedroom-dwelling stereotype of the electronic musician. Previously, though, this was something that was not immediately apparent from the surface of his music. Accordingly, the album opens with “Piel” baring his soul to us through his darkly melancholic vocals, which continue to dominate throughout. This album expertly blends the ultramodern IDM of previous albums with the ancient tradition of the lovelorn lament. Here, Arca puts his own spin on the avant-garde balladeer of a Tom Waits, a Scott Walker or, indeed, a Bjork. He seems to have found his own footing in combining the abstract impersonality of IDM with his own physicality — his voice, his sexuality, his nationality.

The video for “Anoche” straight away tells us what we need to know about Arca‘s new direction. While “Xen” put a fictional alien front-and-centre on the album’s cover art, here we see the man himself, wounded, and singing to us in a corset. It’s clear that this music is supposed to be raw and emotional in a way that his previous music wasn’t. He is quite literally bleeding for us, naked for us. “Anoche”, itself, is certainly a standout moment of the album. It certainly seems inspired by Björk‘s use of art’s experimental technique to speak emotional truth. The tracks that Ghersi produced for “Vulnicura” would also be this closest comparison to this expressively abstract sound. While tracks like “Anoche” and “Reverie” show off this style, he wisely mixes in tracks like ‘Castration’ that would’ve felt at home on Xen. Through combining these two styles, each seems more compelling, while our ear’s palette is constantly being given a chance to be cleansed.

Arca is in love with his sadness, to paraphrase Billy Corgan, and he could make you love your own too.

Arca feels unique to himself the way Tom Waits‘ “Rain Dogs” felt unique to him. While Waits conjured up a film noir version of New York populated with stock images of drunks, dames and jazz musicians, “Arca”‘s equally idiosyncratic world is far harder to articulate. Of course, it hardly helps that I don’t speak Spanish , but this album largely manages to smuggle its emotions over the language barrier. It’s like Richard Gere telling Julia Roberts in “Pretty Woman” that you don’t need to speak Italian to understand opera. Like an abstract painting you can’t help but feel something, even if that something appears to be outside the realm of language. The aesthetic of the album might be considered through the “ocean of sadness” that Ghersi spoke of dwelling within him in an interview for i-D. He spoke of finding beauty in sadness, something that can certainly be heard here. This is an extraordinary sadness articulated through tears, blood and minor chords rather than the vacant stare and absence of meaning that is depression. Ghersi is in love with his sadness, to paraphrase Billy Corgan, and he could make you love your own too, but certainly try to avoid staying too long and drowning in this ocean.

With “Arca”, Ghersi‘s solo work finally feels like it is of equal interest to his production for other artists; it no longer seems like a mere side-project. This is the artist drawing the spotlight in on himself and using his production wizardry to tell his own story, not someone else’s.