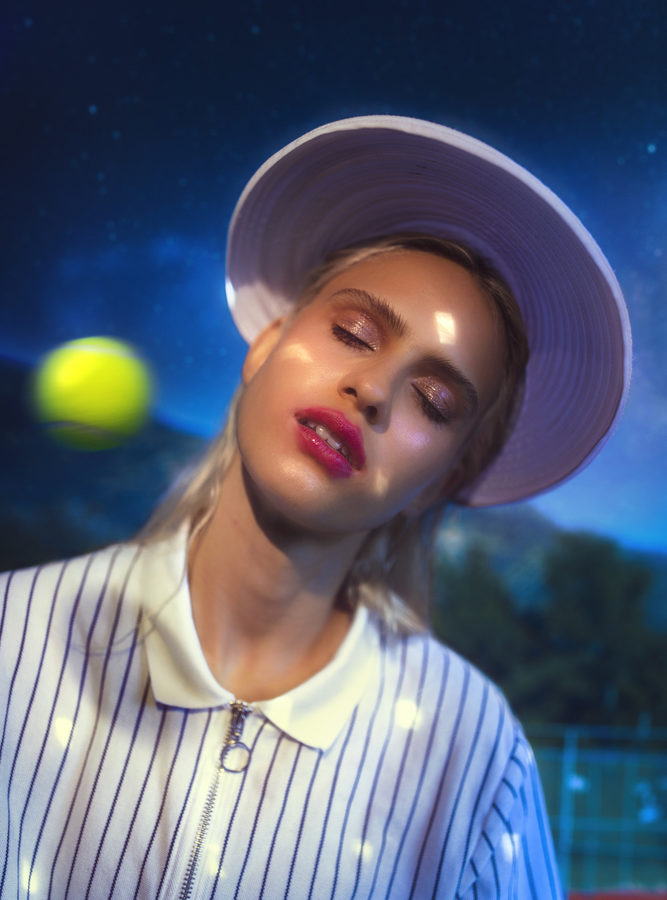 “Contagious” is the latest track to preview Banoffee‘s upcoming debut album Look at us now Dad, to be released February 21 on Cascine.

Melbourne-born, Los Angeles-based singer-songwriter and producer Banoffee has given her fans another sneak peek at her debut album. Her latest track, “Contagious”, follows the catchy “Tennis Fan” and “Count On You“, and will also be featured on her highly-anticipated Look at us now Dad. “Each track is about a struggle and achievement that anyone could experience, the ones that seem so trivial,” she said, describing her upcoming debut album. “We’re all survivors for one reason or another.”

Banoffee is not known to shy away from hurtful topics – “Tennis Fan” calls out fake friendships, while “Count on You” is dedicated to survivors of sexual abuse. In “Contagious”, the Australian singer-songwriter describes a painful end to a long-term relationship. The horror of a sudden, unwelcome independence is reflected in the opening lyrics: “Walking alone is like a new thing / ‘Cause I loved you a hundred years / And walked beside you”.

Not to say that the production part (credits shared between Banoffee and Yves Rothman) is in any way forgotten – the melody, living up to its title, is simply contagious. The dramatic beat drop of the chorus, right after a brief, yet chilling, silence, showcases the turmoil of emotions, while the choir of autotune pleading “don’t give up on us” is the epitome of downright desperation. We’ve all been there. Ouch.

Banoffee’s highly-illustrative, narrative-driven lyrics are reminiscent of Taylor Swift at the very peak of her career. In fact, the two have more in common than names-dropping cars in their breakup tunes (a white Mitsubishi in “Contagious” mirrors the Maserati in Swift’s 2012 “Red”). In 2018, Banoffee joined the fellow singer-songwriter on her worldwide Reputation tour, as part of Charli XCX’s troupe. While back then she was a part of the opening act, we bet that Banoffee is 2020’s headliner.

Watch the accompanying visuals, which were directed by Lewis Mitchell, Callum Mitchell and Banoffee, and pre-order the album via Bandcamp.