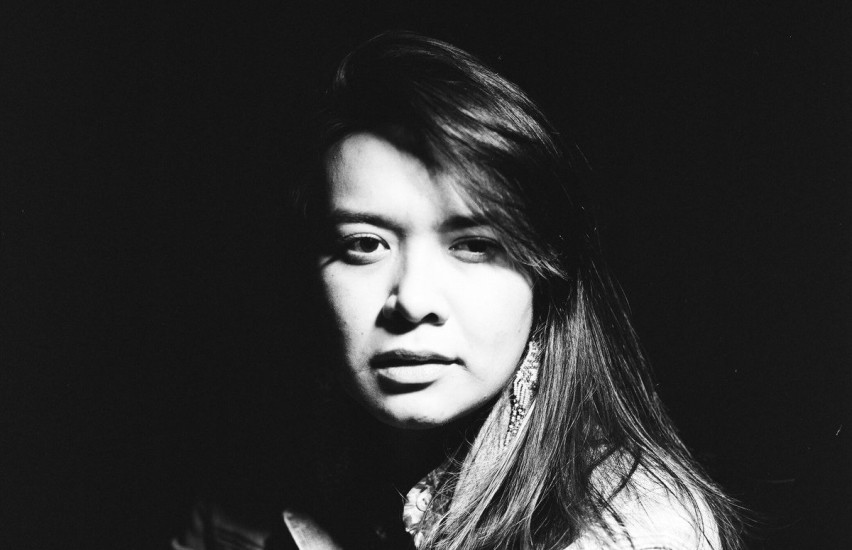 I read a quote by Black Belt Eagle Scout recently that really struck a chord with me.

It goes “I don’t play music to write songs, I play music to process feelings”. That statement really resonated with me. Music is the language of emotion, and is able to convey and articulate the subtle nuances of feelings that words themselves can’t quite articulate. This perspective on music as a form of catharsis is truly imbued in Black Belt Eagle Scout’s music, charging it with subtle power.

Black Belt Eagle Scout is the musical project of Katherine Paul, whose identity as a radical indigenous queer feminist shapes the music they create and serves as their fuel to keep pushing forward. Black Belt Eagle Scout just released the lead track “Indians Never Die” for a soon-to-appear record, “Mother of My Children”. It’s gentle, yet powerful; a rose in a hurricane.

“Indians Never Die” is truly a haunting piece. Instrumentally, the song is fairly simple. The song opens up with the music being led by the plucking acoustic guitar chords and a simple beat from what sounds like a wood block. In the middle and at the end of the track, the music swells and comes to the forefront of the track, taking a life of it’s own. A few notes lead the way as the song crescendos, being pulled forward by percussions. There is strength and a poignant fierceness to it.

Ethereal vocals filter through the music, like wind through some rafters. Paul’s voice is like a ghost: it’s smoky and tender, but there’s still something truly solid behind their words. You know how when you burn things, the outside tends to get black and fine and powdery, but you can still see, deep inside, there’s a cherry-red ember, burning bright and refusing to go out. That’s how I would describe this song. An almost defiant strength radiates through the gentle music, pushing outward. Something powerful is simmering just under the surface, and is just waiting for the moment to rear it’s head. It sounds like it would fit in as a rallying cry kind of song in some sort of Hunger Games-dystopian type movie franchise, but the catch is that the dystopian society is a very real America and it’s treatment of its indigenous people over its (bloody) history. I really like how the song is named “Indians Never Die”, it really fits to the feelings brought out by the song. It’s a refusal to back down in the face of adversity. It’s a refusal to die out despite attempts to wipe an entire nation of people away.

This song is honestly really great. It’s powerful in the most unexpected way. It’s also super great to see indigenous people get the spotlight (especially in the music industry), and share music that is formulated by their identity. Black Belt Eagle Scout mentioned how music is how they process feelings, and “Indians Never Die” is the result of that.

Check them out on Facebook, or pre-order “Mother of My Children”!