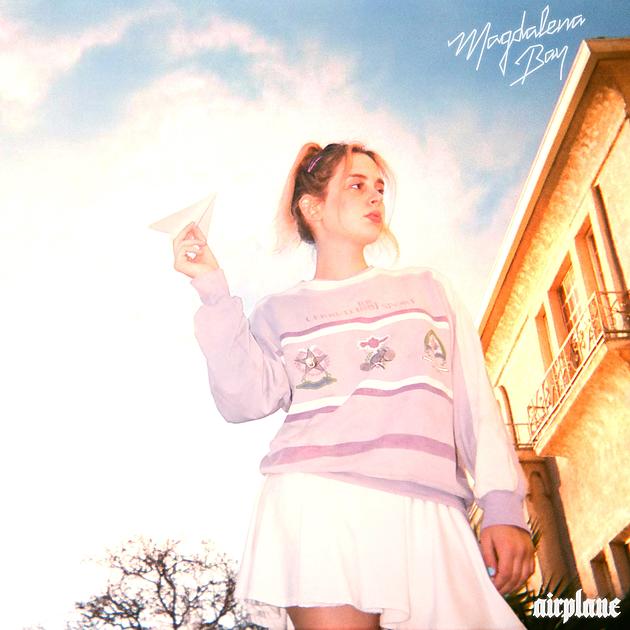 “Airplane” is taken from Magdalena Bay‘s upcoming EP, A Little Rhythm and a Wicked Feeling, due out March 13 on Luminelle Recordings.

Magdalena Bay are gathering steam for what will presumably a busy 2020. The Los Angeles-based pop duo is readying the release of their new EP A Little Rhythm and a Wicked Feeling, out on March 13. This comes just a few months after what had already been a quite hectic 2019 when they put out two EPs, a mixtape and released a shit-ton of amazing singles. In a very short lifetime as a band, Magdalena Bay have become one of the most reliable pop acts out there. Their high volume of releases hasn’t lowered the quality of their output at all: they are basically a PR assistant’s dream.

The last single in this series of well-timed bangers is “Airplane”, a bubblegum pop ballad up there with their best work. Whereas some of their most recent releases like “How to Get Physical“” saw them searching for a more classic, Kylie-esque disco pop sound, “Airplane” is decidedly a more modern pop song. They’ve traded the bass-heavy synths away for a bip-bop electronica reminiscent of pre-bitcoin-queen-era Grimes and Carly Rae Jepsen’s EMOTION, and the change is for the best. The production plays to the duo’s strengths more than anything they’ve done before, Mica Tenenbaum’s voice hitting particularly hard during the chorus under its glossy synths. Is it too early for mid-2010s nostalgia? It might be. This is a great track so I don’t care and neither should you. If you’re worried about that kind of pop music fading away, listen to “Airplane” and rejoice.

A Little Rhythm and a Wicked Feeling will be promoted during their upcoming US tour with Highclouds favourites Yumi Zouma and Kero Kero Bonito next month, which will include stops at SXSW.