Maggie Rogers – Now That The Light Is Fading EP 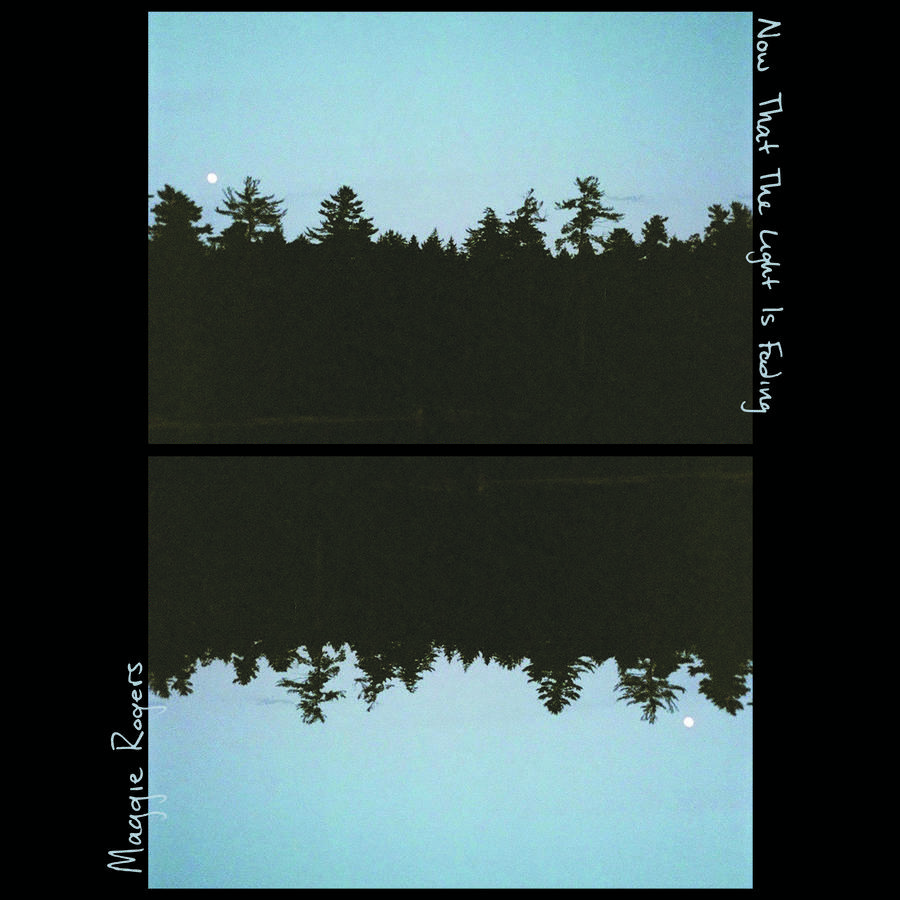 The Internet was first introduced to Maggie Rogers last year via video, as she sat across from Pharrell during his masterclass at NYU, nervously awaiting his thoughts on her then unfinished song, “Alaska”.

As the track came to a close, the first word out of Pharell’s mouth was “Wow”, a reaction that resounded far and wide. Making constant use of sounds recorded directly from nature, and never abandoning her folk roots, Maggie has put together her first EP, “Now That The Light Is Fading”, a piece of pop exploration that shifts mainstream sensibility a few degrees off its charted course.

“Color Song”, the opening track, is perhaps a bit more interesting knowing that Maggie Rogers has synesthesia, which causes her senses of sound and color to be intertwined (without acid), and supposedly influences her creative process along the way. Immediately, we see the side of her musicality that can’t be found in many other places these days, suggested through a serene cushion of crickets chirping under a harmonically and lyrically rich acapella.

From there, the body of the EP is composed of tracks we’ve already heard as singles. A bit disappointing, but also understandable, considering the hasty onset of Maggie’s success. “Alaska” is still as infectious as it was the day we saw Pharell nodding along to it, with a beat that’s infinitely quirky and a chorus that’s just a rare level of good. “Dog Years” is similar, albeit less lighthearted, sacrificing bouncy ear-candy for something a bit more substantial and emotional, with somewhat of a Peter Gabriel vibe floating overtop.

While Maggie Rogers’ ability to illuminate Indie Pop with her own charming style is wonderful, it’s not limitless, as becomes apparent on “On + Off” and “Better”. While the entirety of “Now That The Light Is Fading” indulges in the occasional mainstream trope, these two tracks are far worse offenders, representing a side of pop that’s far more common and stale. That’s not to say they’re outright bad tracks, but the eponymous, repetitive chant of “Better” is far from the breath of fresh air that some of the other songs here provide.

Young, imaginative new songwriters like Maggie Rogers are to be treasured in music today. Her ear for a good hook is as powerful of her sense of texture and emotion, making for fireworks when the two are used in perfect conjunction. While that isn’t something that manages to last throughout the entirety of this debut effort, the hint of it that we do get is thoroughly enjoyable and infinitely promising.

Tags:Maggie Rogers, Now That The Light is Fading EP