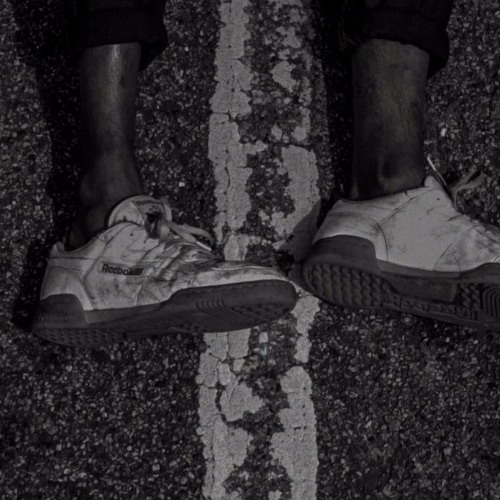 Every word that leaves the mouth of a great poet does so with intention. Each individual syllable, each cadence, serves its own role in painting a picture so vivid, that the audience loses focus of everything other than the expression being made. With his debut “Home EP“, Obongjayar powerfully mixes spoken word with music to create a transcendent slam poetry experience that takes place right in your headphones.

The first thing likely to strike you about Obongjayar is his voice. Born and raised in Nigeria, the now London-based singer-songwriter’s gravelly inflections are tinged with a deep African accent which, when combined with these eclectic and off-kilter instrumentals, creates a certain feeling and sense of intrigue that I truly can’t place. His words on the opening track, “Lullaby”, are cutting, holding as much underlying urgency and weight as they do soulfulness. Sudden, unexpected musical swells and injections of melody punctuate Obongjayar’s verses, adding extra emotional effect to lines like, “I exist where no one understands my language, and they see me as a target. Man, it’s lonely”.

The pulse underlying Obongjayar’s debut “Home EP” beats to a rhythm that lies deep within the artist and awakens something similar within the listener.

Even if you hate spoken word as much as I thought I did, don’t use that as an excuse to ignore Home. Obongjayar’s poetic style doesn’t sacrifice musicality for even a moment and, most of the time, it verges so closely on rap that it’s hard to tell the difference. The album’s sole love song, “Blue Skies”, even features some really impressive singing from Obongjayar, wherein he shows that he can use a lyric as simple as “Baby, you’re my sunshine” to express as much emotion as he does through his elaborate, winding verses. What’s better than either his singing or spoken word alone is his stunning ability to transition seamlessly between the two, to accomplish exactly what a given song is calling for.

That all being said, Home’s production is what solidifies it as a stellar debut. So many different styles are so uniquely blended here, from roots in almost ancient sounding African influences all the way to flares of modern hip-hop, that it creates a composite sound unlike anything else in recent memory. Take “Creeping”, where churning, brooding strings and acoustic guitar flow with heavy, side-chained kicks to create a slightly eerie, perfectly mysterious atmosphere. The thematic overtones of the instrumentals match flawlessly with those of the lyrics across the majority of this project, elevating Obongjayar’s explorations and criticisms of society and self beyond the content of the words he’s penned.

It’s often that an emerging artist is hailed as a “new voice” in music, but it’s substantially less often that they genuinely embody that accolade. With his debut EP “Home”, Obongjayar makes an incredibly strong case for being an example of the latter. Promises of new music coming in early 2017 have me very excited to see what the 24-year-old brings us next.