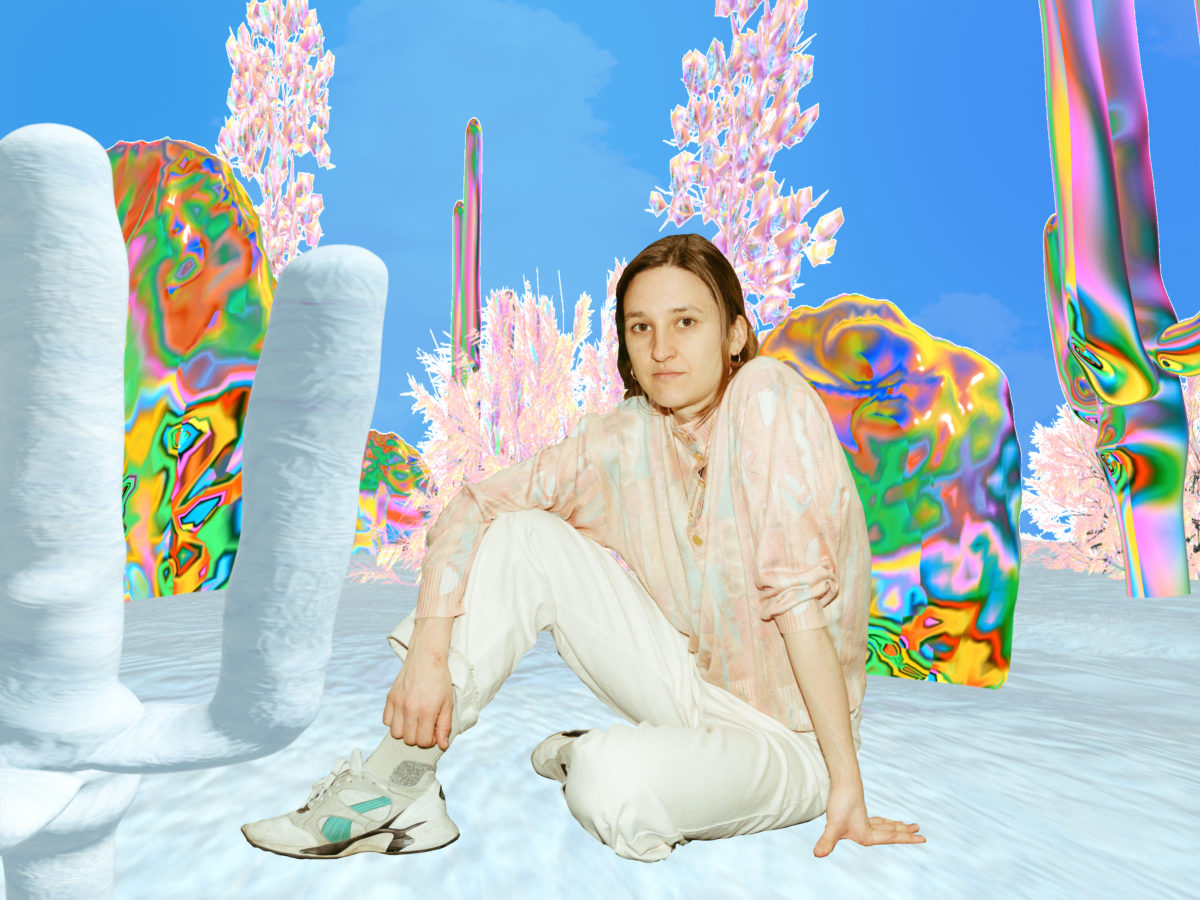 Swiss singer-songwriter Pet Owner makes a splash with a trippy video to accompany her quirky debut single, “Hysterical,” out on Red Brick Chapel.

“Hysterical,” the debut single from Lea Mathis‘ new project Pet Owner, begins with straightforward, poppy, 80s-inspired guitar. However, the track and its accompanying video are anything but ordinary. Throughout the track, Pet Owner exposes an ability to create an irresistibly catchy song that constantly delivers surprises.

Whimsy is at the heart of “Hysterical.” Pet Owner (with the help of mixing and mastering by Amadeus Fries) utilizes unique sonic tidbits to elevate the track, peppering in claps, computerized shrieks, and gang vocals to supplement the expansive synths and pulsating beats. The self-produced accompanying music video also leans into the strange and bizarre – a 3-D desert morphs into a kaleidoscopic marshland. Rainbow amoebas float in the air. Color is added, then subtracted, then added back again. Eventually, the video ends in an animated ocean scene. An orca whale jumps out of the rippling waves and flips around, oblivious to gravity. It’s not always quite clear what is going on in the release, but it’s always fun.

However, the shiny, Lisa Frank-inspired veneer is somewhat dimmed by Mathis‘ eerie lyrics. “I am not hysterical / Put on a happy face,” Mathis sings in a breathy, playful voice as the song unfolds. This repeated refrain—”I am not hysterical”—sometimes sounds like an explanation, sometimes sounds like a defense, and sometimes sounds like a lie. The more Mathis repeats the phrase, the more listeners begin to question her sanity. What is really going on here? This disconnect between the bubblegum instrumentation and the mysterious words coming out of Pet Owner‘s mouth creates a fascinating tension that ultimately serves as a successful engine driving the song forward.

Pet Owner is the newest sign to Red Brick Chapel. She is a natural addition to their synth-laden, retro-inspired roster. With the release of debut LP Natural Behavior coming up on June 24th, an introduction like “Hysterical” spells good things to come for the burgeoning artist.