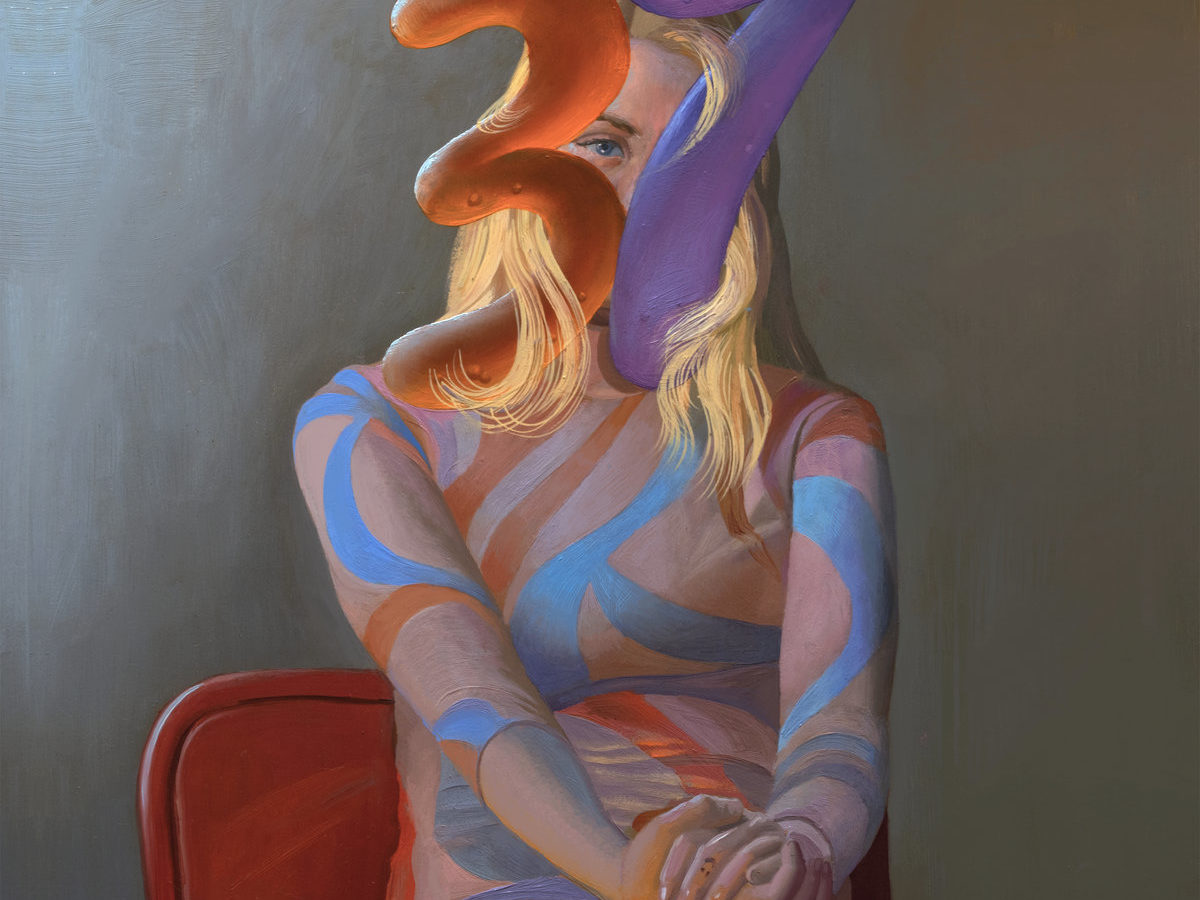 Singer-songwriter-nurse Lindsey Radice, better known as PYNKIE, is no stranger to the unusual. Saving lives by day and tooling around with bandmates John Messina and Josh Bartsch at night, the versatile artist has been working on her sophomore album as PYNKIE for a long time.

Finding time whenever her nurse scheduling would allow, the road to completion has been bumpy. “I took some time away because I felt like I couldn’t get it sounding the way I wanted,” says Radice. “And then the pandemic happened, which made being a nurse pretty hard for a bit. But we found a way to make the record work, and somehow everything got done in the last couple months.”

“Personality” is the first glimpse into the world of this effort. A self-proclaimed ode to divorce (more specifically Radice’s parents divorce), the track is as sharp and witty as you’d expect from PYNKIE. It possesses this off-kilter touch that we’ve seen her adopt since her self-released 2018 debut album neoteny.

The track references specific interactions between PYNKIE’s parents as they fight over possessions in the messy divorce. Lines such as “Furniture, Furniture/Over my dead body” are sung with a delightfully naïve charm, effectively capturing the sometimes obliviousness or misunderstanding that children have when it comes to events of such grandeur.

This speaks to PYNKIE’s style. Having started by making up silly ditties to herself in the form of odes to her shower curtain, her childlike sense of fun hasn’t been lost, even though the subject matter has changed into one of more gravity.

With its buoyant bassline, jangly guitars, stoic percussion and perfectly imperfect slacker vocals, “Personality” is musically a raw joy to behold. It’s flawless in its mixture of the known and the unknown, expected and unexpected. Skilfully wrong-footing the listener by setting up expectations of direction and then changing at the last minute is something that PYNKIE excels at. Lo-fi ethics and embedded nostalgia have become a staple of her music.

This 90s nostalgia also takes the main role in the accompanying Kelli McGuire-directed visuals. We see Radice with her hair in bunches, wearing chokers, double denim that’s been scrawled on in felt tip pen and jelly sandals. The lighting is soft yet colourful with a light fuzz that gives it a retro warmth to it, casting our minds back to childhood. With vibrant graphics breaking up the video, topped off with the karaoke-style lyrics at the bottom of the video, the effect is one of wistful fondness.

With its combination of unadulterated playfulness, darker tones and gleefully childish sensibilities, “Personality” speaks to a larger theme that will carry through the upcoming album #37. The record was named as a reference to Lindsey Radice’s mother’s first husband, who sadly died early in the marriage. #37 was the number on his high school football jersey and it became a poignant symbol for Radice and her family.

“My mom and sisters feel that 37 is very symbolic of him,” she says. “They see it everywhere and usually at very strangely coincidental moments. They feel like it’s him looking down and protecting them. Then I started seeing it all the time too, and it just turned into this magical/meaningful number in my mind, especially during the time I was making this album.”

It’s this meaningful undertone and more sombre subjects that makes PYNKIE’s music really soar. There cannot be darkness without light and PYNKIE sublimates this alchemy with originality and authenticity. Watch and pre-order the album below.