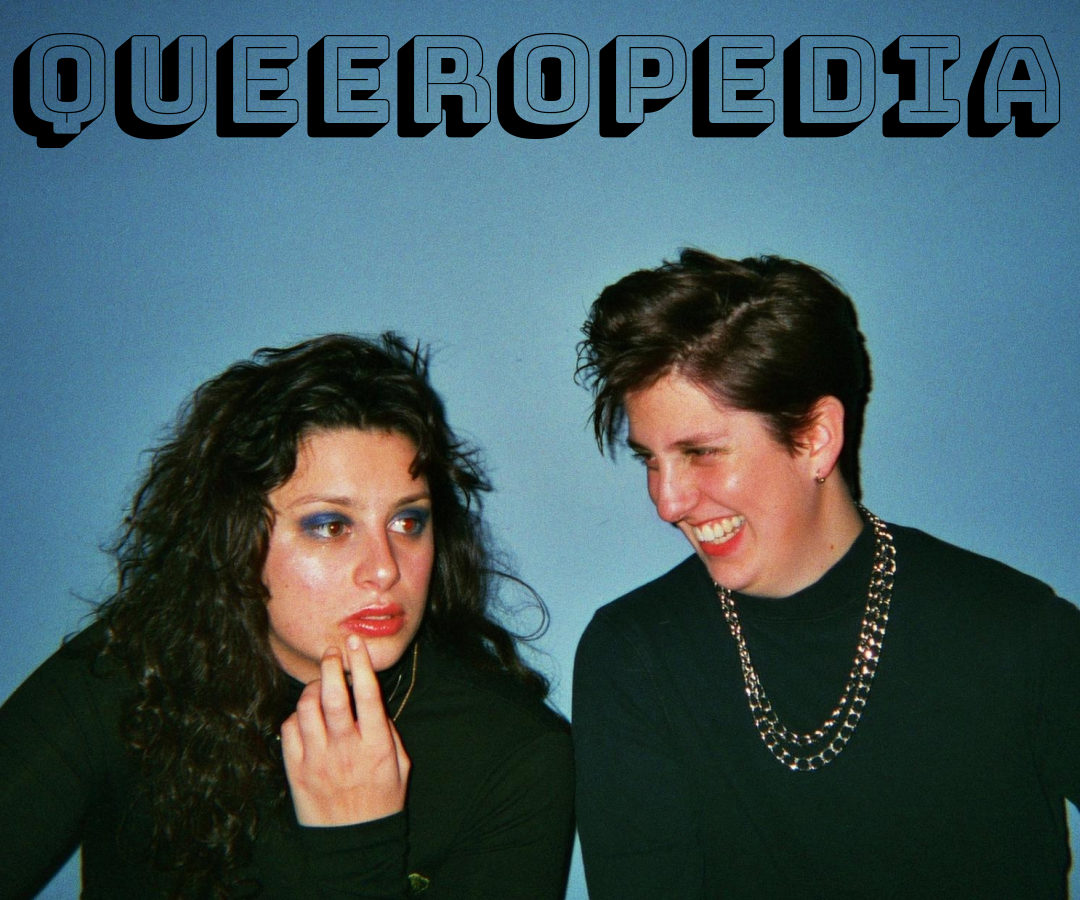 Boyish, aka your new favorite anxious queers, have curated February’s QUEEROPEDIA playlist to get you through Aquarius season.

When India Shore was a student at Berklee College of Music, she needed someone to accompany her for an audition. Her friend’s roommate, Claire Altendahl, helped her out. In 2016 they formed the alt-country duo The Blue, and after graduating from Berklee, the pair’s musical chemistry evolved into a dreamier, darker sound as Boyish.

Boyish‘s debut single, “Brooklyn Red,” is a queer love poem full of cross-country longing and sharp, bluesy guitars. The video, which the band released in April of 2019, features India in bed with her tied wrists being puppeteered by someone off-screen, lit by a stylish blend of red and blue hues known as “bisexual lighting.”

A few months later, in October, they released a video for “July,” the lead single from their self-released 2018 record Carnation. The track leans even further into dark, sultry blues vibes, with the occasional country twang accenting its improvised guitar riffs. India’s vocals hit a sweet spot between soft crooning and pained howling on the lines, “Baby, baby, I / Ooh babe, I’m not your darling.” What’s more, the video features slow-dancing queer affection and more extremely on-brand bisexual lighting.

Later that same month, the duo released “Ghost” on New York label Invertebrate. It’s a dreamy, folk-tinged slow burner of a track that builds up to an incredibly satisfying payoff; in the lyrics, India lays out a relatable list of laments — lonely nights, playing the waiting game, being too broke to move to New York.

“Our songwriting process is very chaotic,” the band told HighClouds. “We usually write by separately coming up with little bits and pieces of songs, and then when we are together we piece them together into one song and write lyrics. We usually love a song for the first week then feel like we should trash the whole thing.” 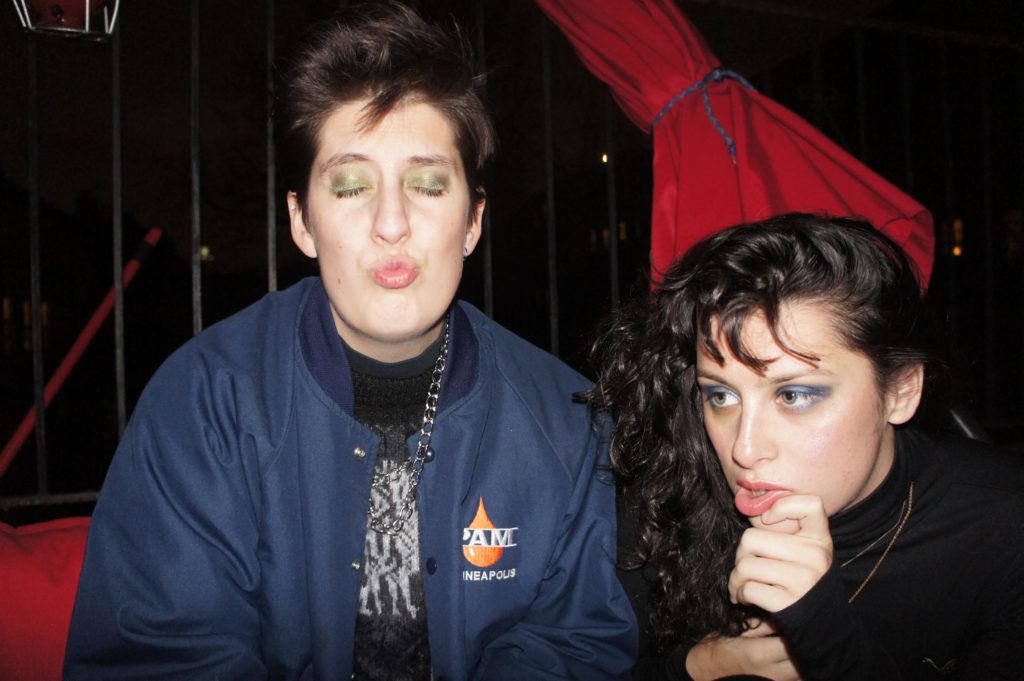 In early December, the pair dropped “Zodiac Killer,” a slow, glittery track about “growing up while everything is going wrong, big gay sadness, and realizing that people aren’t always who you thought they were.” You know, life. The song expertly incorporates a voicemail interstitial between dreamy guitars and watery synths.

Speaking of the Zodiac, HighClouds has exclusive intel that India is an Aries Sun, Libra Moon, and Scorpio rising, and Claire is a Leo Sun, Scorpio Moon, and Sagittarius rising. All that fire energy and those Scorpio placements basically explain how these two are so good at writing dark, sexy, high-energy pop tracks.

I love when a song’s title really speaks for itself. On “FUCK YOU HEATHER,” Boyish cycles through every possible human emotion on their way to finding closure after a breakup. The track begins with gently plucked guitars and ends on blown-out, atonal synth flares, mirroring the emotional journey and chaos of the lyrics. It makes sense that this is a theme that’s on their minds, since some of their favorite artists right now are FKA Twigs, Frank Ocean, Girl in Red, Mannequin Pussy, and Muna.

On January 31, Boyish released their latest single on Invertebrate. It’s called “Anxious Butterball,” and it’s a dreamy pop track about the physical manifestations of anxiety.

“When writing ‘Anxious Butterball’, India went into a room for ten minutes and came back and sang the opening lines in a weird country/Phish vibe. It stumped us for about two weeks before I went into Logic and made the opening hits to the song,” Claire told HighClouds. “Lyrically, I was driving home and thought about how when both India and I have anxiety we gain weight and sweat a lot, so the name ‘Anxious Butterball’ (Butterball being our roundness) popped into my head. From there, we decided to write about the ridiculous anxiety symptoms we feel.”

If you’re in New York, you can catch Boyish at C’mon Everybody in Brooklyn on February 27 with Uruguay, Syd Silvair, and Madeleine Mcqueen. If you’re not, you can keep hitting replay on “Anxious Butterball” until your crush texts you back. It’s ok, we won’t judge.

Check out India and Claire’s picks for Queeropedia using the player below (also available on Apple Music), and get ready for their debut album Garden Spider on February 14.