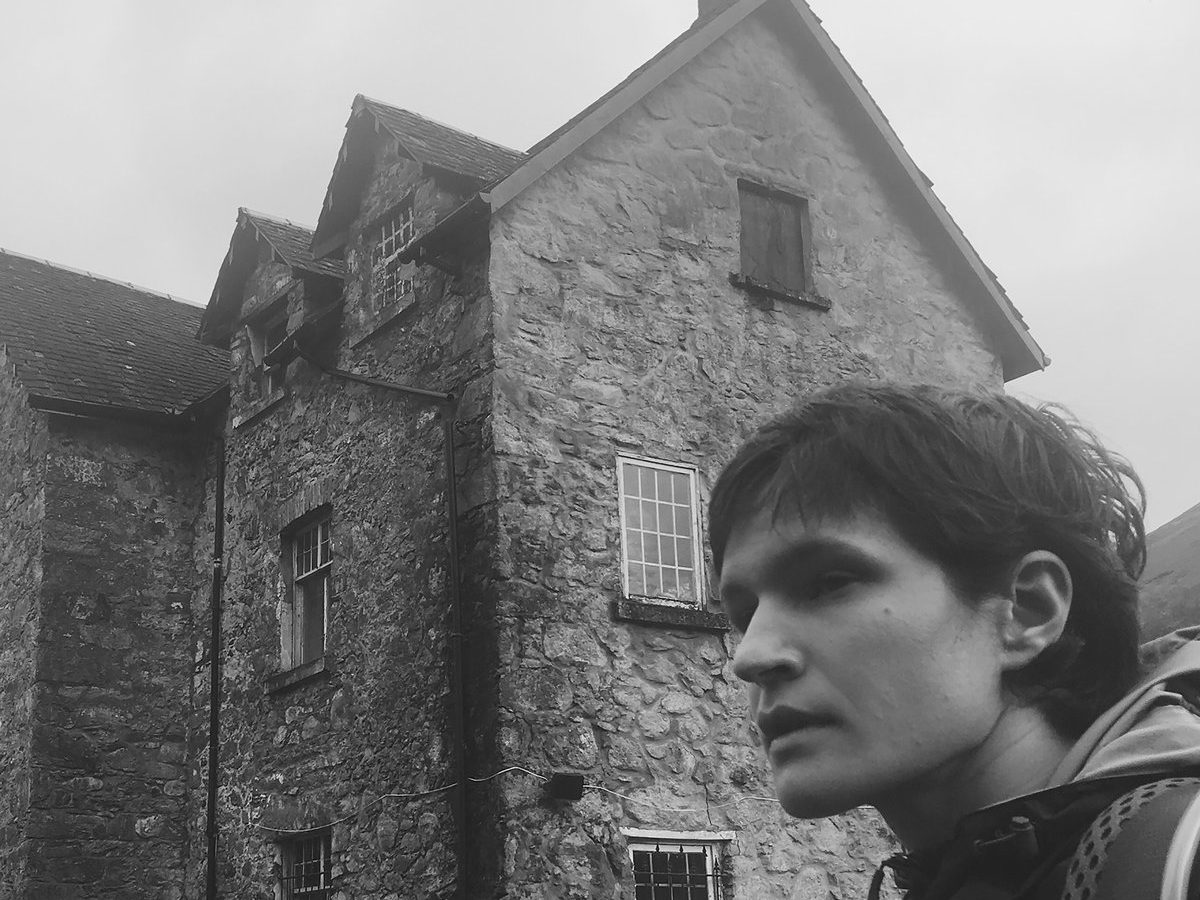 Adrianne Lenker‘s new album “abysskiss” is out on Saddle Creek.

When Big Thief‘s Adrianne Lenker announced that she would put out a solo album, it came as a surprise for everyone. To start with, Big Thief have only been a band for about four years, having released two excellent records in 2016 and 2017. You expect artists to go solo when they’re older and they start feeling burnt out with their main gig, not when things are just getting started. Lenker had already put out a solo album, but that was in 2014, even before Big Thief was formed. But what makes it even more shocking is that Big Thief already felt like Lenker‘s solo project. Not to diminish the other members’ contribution to the band’s music, but the bulk of released Big Thief material is so dominated by Lenker‘s intimate lyrics and heartfelt vocals than it’s hard to think of Big Thief as anything other than Her Band.

That being said, it’s hard not to get excited with the prospect of more Lenker material. She’s one of the brightest young songwriters in the world today, her music keeping a resonating warmth that can sometimes overshadow the sheer brilliance of her melodies. A single spin of her new solo album “abysskiss” will make it clear why Adrianne Lenker chose to release these songs under this moniker. “abysskiss” is distinctively Lenker, but it’s clearly not Big Thief material. This is a solo album in the strictest sense of the word. Basically, there are only two actors in this play – Adrianne Lenker and her guitar. “abysskiss” is comprised of low and mid tempo serenades interpreted by Lenker as she fingerpicks her guitar in what might as well be called singer-songwriter style.

At times, it’s not even too far fetched to think that it was all recorded in one take with a single microphone. Its instrumental minimalism being a perfect match with Lenker’s heartfelt voice, “abysskiss” reaches levels of warmth and closeness that even exceed her work with Big Thief. “Intimate” is an adjective that gets references way too much when it comes to music, but that is exactly what Adrianne Lenker‘s new album is. Showcasing the genuine beauty that has become a trademark of Lenker‘s songwriting, these are the kind of recordings that end up in a bonus disc of home demos of the final product. That is far from being a bad thing. “abysskiss” provides an even more private look at the songwriting processes of an incredibly talented musician whose music has always been defined by how truly honest it feels. Here, she is turning up her act to eleven, and it pays off.

Although a large chunk of the album relies almost exclusively on acoustic guitars, some of “abysskiss”’ brightest moments are precisely those when that trend is discounted. In “out of your mind”, Lenker‘s acoustic ruminations go hand in hand with a grungey, distorted guitar, bringing in a much-welcome contrast with the album’s go-to aesthetics. As for her guitar playing, it does the trick. Except for some rare instances (the almost art-pop “symbol”), Lenker‘s fingerpicking won’t let anyone open-mouthed, but it succeeds as a functional backbone on which she constructs her songs. Arguably the centerpiece of the album, “cradle” sees Lenker somewhere in between Sharon van Etten and Elliott Smith, adding layers and layers of haunting harmonies that take the song to the next level.

The cynic in us usually assumes that songwriters with a prolific output leave their A game for their main project and give use to the filler with their side ventures. Considering how close in time both Big Thief albums are, it wouldn’t be even that unlikely that this was the case. But it isn’t. The songwriting in “abysskiss” is simply superb, and if Lenker‘s songs don’t stand out on their own as much as they do with Big Thief, it’s only because of the album’s homogeneity. There’s barely any substantial aesthetic change from the opener to the closer, which works both in favour and against “abysskiss”. The album’s acoustic consistency grants it a sense of unity and seamlessness that turns it into this one big mood.

As an album to feel miserable to, “abysskiss” is simply untouchable. It’s a blanket-and-tea-on-a-Sunday album, and it works perfectly like that from front to end, as if it were comprised by a single, thirty-minute long song. Of course, that also means that it’s hard to see these songs as individual songs and not as part of a bigger whole – which is a shame in a way, because Lenker is one hell of a songwriter. Had these songs been arranged in more eclectic fashion, this would’ve been a more enjoyable album. But it also would’ve been stripped of its essence, so much that it’s probably not worth altering a single note. The defining feature of “abysskiss” is also its main crux, but that doesn’t stop it from being a commendable exercise on self-search by one of the best songwriters in our day and age.