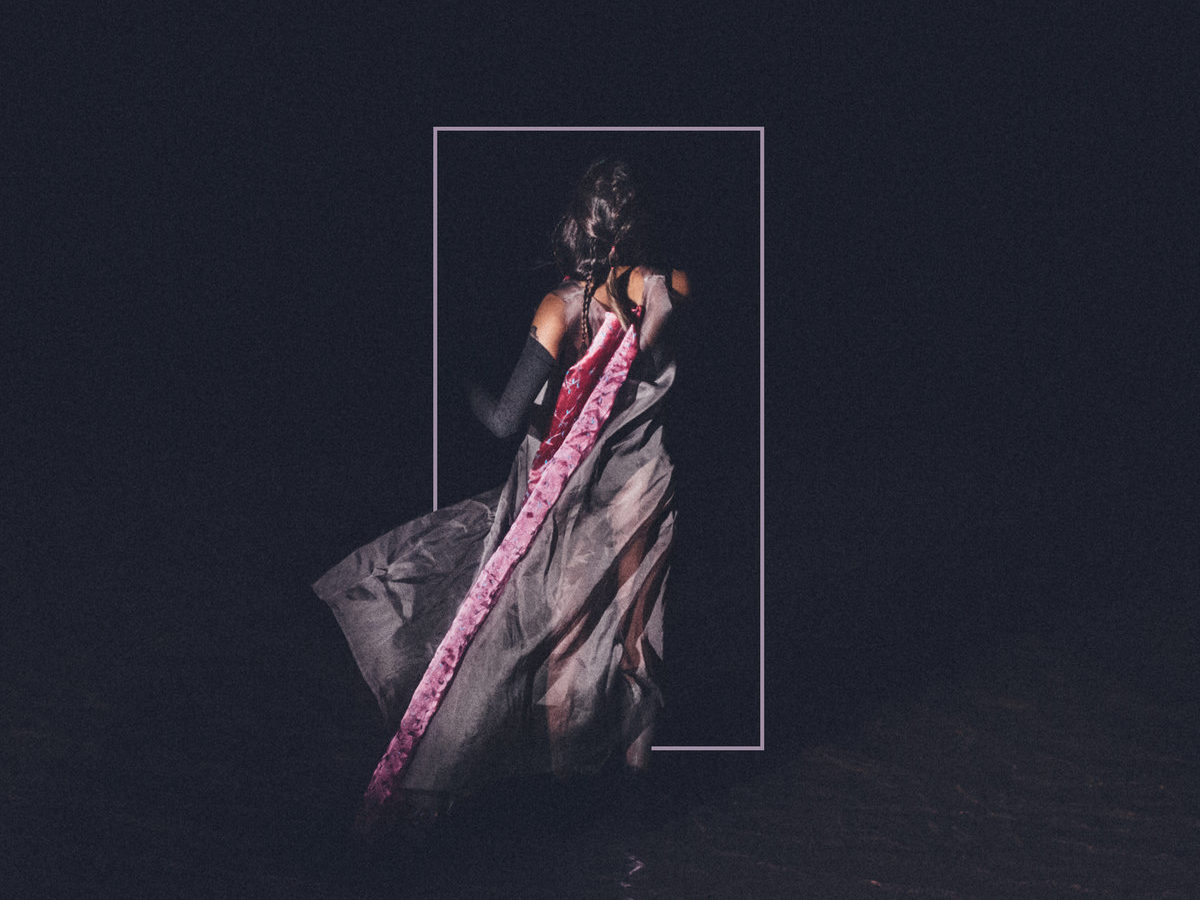 Half Waif‘s new album “Lavender” is now out on Cascine.

Ever since their 2014 debut “Kotekan” came out, Half Waif have been the kind of band that should have been bigger. In a way, they’re an act that ticks all the boxes – they’re weird and particular without renouncing to a certain popular appeal, and their songs are firmly inscribed in a synth pop tradition that doesn’t look away from the merger between different genres.

With their third studio album “Lavender,” Half Waif seem to be trying to break into the mainstream harder than ever, sometimes at the expense of the eccentricity that makes them a special act. Throughout its first tracks, “Lavender” is mostly a hit and miss effort that nevertheless manages to remain interesting even when it falls way short of the mark. Propelled by drum machines and non-intrusive electronic instrumentation, the slightly generic, crowd-pleasing “Keep It Out” tries too hard to be a sort of festival anthem; conversely, the Dirty Projectors-esque art pop of “Torches” comes off as endearingly quirky and compelling. They’re two sides of the same coin, and while this sense of playfulness can sometimes work for them, you’re left wishing that they’d use a different currency instead.

“Lavender” can catch you off guard in the first instance. When Nandi Rose Plunkett sings “Is this all there is?” –on the opening track “Lavender Burning”, it seems in many ways a question that might well apply to most of her band’s music. At first listen, it seems like there’s not a lot going on; the production isn’t particularly grabbing and, while Plunkett has an ear finely attuned to melody, her songs are hardly instant earworms. Half Waif’s music works instead as slow-burning yet enduring states of enchantment – it takes some time to warm up to it, but it succeeds in leaving a lasting mark.

“Lavender” seems sometimes stuck in an uncomfortable middle ground between accessible, poppy electronic music and a less straightforward type of songwriting. It is precisely when the album errs on the latter’s side that it becomes more memorable and endearing, as Plunkett’s songwriting seems to be best suited to the long, ruminative slow-burners in the style of Tori Amos or Fiona Apple. This is particularly true of the album’s second half, where Half Waif seem to do away with the mostly rudimentary electronic arrangements that permeate most of the initial tracks. Instead, Plunkett faces us directly, relying mostly on piano chord progressions and on her delightful and intimate vocal delivery (see the lovely, nursery rhyme-like melody of “Back in Brooklyn” and the bittersweet yet hopeful candidness of “Leveler”).

Half Waif’s “Lavender” is their strongest effort to date and marks a small yet reassuring step forward in their path towards excellence.

At times, it is the album’s reluctance to fully commit to an aesthetic of convoluted electronic arrangements that truly hamstrings it. Some of these songs rely too much on Plunkett’s vocal delivery – which, to be fair, remains consistently excellent and touching throughout the whole album. But when the melodies fail to be as immediately compelling as in the album’s best moments, the songs seem to just meander aimlessly until they come to an end.

There is a pervasive sadness in some of these songs, one conveyed brilliantly by Plunkett’s vocals and by the trio’s proficiency when it comes to choosing prioritizing some arrangements over others. “In The Evening” serves as a fitting example of this, its melody and instrumentation sitting somewhere in between Cocteau Twins and more recent examples of electronically-infused dream pop, while the opening synths of “Silt” immediately bring back to mind the work of Angelo Badalamenti. Arguably the most impressive song on “Lavender,” “Salt Candy” works as a concatenation of the two sides of the band that are in display for the whole album. The song starts off with Plunkett’s plaintive vocals sung over piano, but is soon transformed into an off-kilter, almost psychedelic electronic anthem that serves as the album’s emotional apex: “I want to be carried in my mother’s arms”, confesses Plunkett in a chorus that is equally reminiscent of Beach House and “Hounds of Love”-era Kate Bush.

While “Lavender” contains too many forgettable moments to be a truly excellent album, it is still Half Waif’s strongest effort, to date, a small yet reassuring step forward in their path towards excellence. Shying away from bombast, “Lavender” poses a strong case for subtlety as the most effective conveyor of emotion.