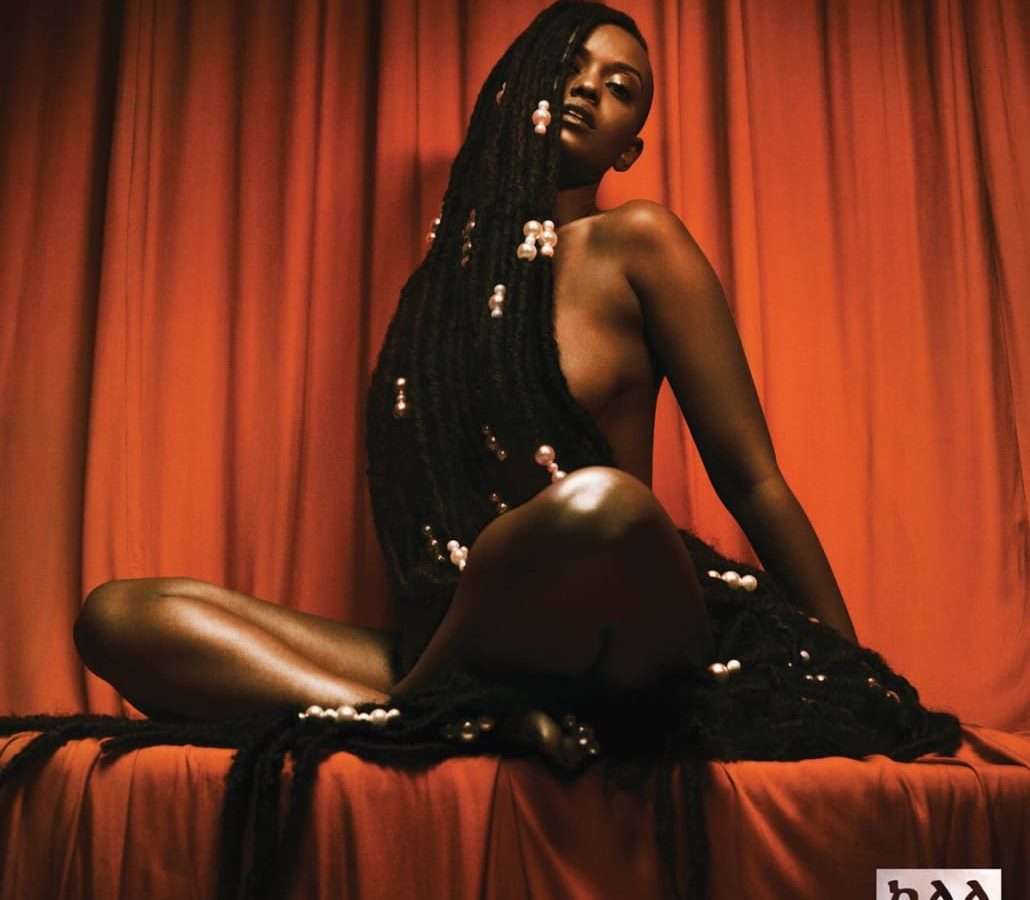 It feels like Kelela has been around forever, doesn’t it? Ever since she came under the spotlight with her 2013 mixtape “Cut 4 Me”, the American R&B singer has been an active presence in certain music circles, regularly dropping well-received tracks and featuring on albums by Danny Brown, Solange or Gorillaz. There’s been a constant buzz around her for many years now, so it may come as a surprise for many people that the recently released “Take Me Apart” is actually her debut studio album. As she did with her EP “Hallucinogen”, Kelela has turned to what’s basically an All-Star team of producers to help her out with her first long player. When you see an artist surrounding herself with people like Arca, who has been re-writing the rules of electronic music for a couple years now, or with Ariel Rechtshaid, who has found a great deal of success with loads of different artists (Carly Rae Jepsen, Vampire Weekend, Madonna; hell, even Cass McCombs), you know there must be something special about her.

It’s no wonder that “Onanon”, arguably the best track on the album and perhaps a serious contender for song of the year, is the result of a Kelela–Arca–Rechtshaid collaboration. It’s also one of the few songs in “Take Me Apart” that hold enough crossover appeal to become a mainstream hit. This album could easily end up being the R&B counterpart to Carly Rae Jepsen’s “Emotion” – they’re both well-crafted pop records that are universally adored by music critics but somehow do not entirely appeal to the masses. But you can actually blame (for lack of a better word) the music itself or is it rather a question of these artists not wanting to kneel before the ruthless pop industry?

The wait is over and Kelela doesn’t disappoint with her debut “Take Me Apart”, a product of its time that resists categorisation and narrow interpretations

For better or worse, Kelela is a product of her time. Her songwriting certainly benefits from the structural fluidity at work in most alternative R&B productions. It would be hard to break these songs down in terms of verses, choruses and bridges. What we’ve got in “Take Me Apart” is rather a flowing continuum – it’s an album that resists categorisation and narrow interpretations, one of many modern examples of pop music that seems to have been specifically crafted to challenge conventions.

Opening track “Frontline” sets the tone for the rest of the record – it’s a complex yet hook-filled song that’s equally confrontational and seductive. This surely isn’t the first review to notice the evident influence of 90s R&B on her music, so there’s no point in discussing that. What seems more interesting is the extent to which she is willing to subvert and re-appropriate those musical tropes. For instance, “Waitin” could almost pass for a Destiny’s Child song until the chorus breaks in and Kelela starts singing a sort of nursery-rhyme melody over Jam City’s groovy beats. One of the many Kelelas who are singing here, that is. One of this album’s greatest strengths is its penchant for seamlessly incorporating multiple backing vocals to the tracks – see album highlight and lead single “LKM”.

But at the same time, it suffers from the same malady as a worrying number of high-profile pop releases – the much-feared long album syndrome. Clocking in at 53 minutes, “Take Me Apart” is relatively lightweight compared to recent insufferably long albums like Drake’s “Views” or Katy Perry’s “Witness”, but it could have used some editing here and there. That being said, the way it is sequenced makes it come off as a much lighter and shorter listen than it actually is. Every time there are three or four longer songs in a row, a briefer and looser track (I wouldn’t be brave enough to call them interludes) comes in to turn things around so the album never really becomes a drag.

And it’s not like they’re throwaway tracks either – in fact, some of them rank among the best songs on the album. Appropriately co-written with Romy Madley Croft, the two-minute “Jupiter” finds Kelela in a sort of middle-ground between Björk’s less orchestral stuff and The xx’ most reserved moments. Similarly, the wistful warmth of “Bluff” acts as a prelude to the rose-coloured sing-along of “Altadena”, possibly one of the album’s most conventional songs. It’s also a beautiful album closer, as it invokes a sentiment of communion to wrap up a touching work of art that retorts to self-involved feelings in order to express universal notions of longing, love and heartbreak.