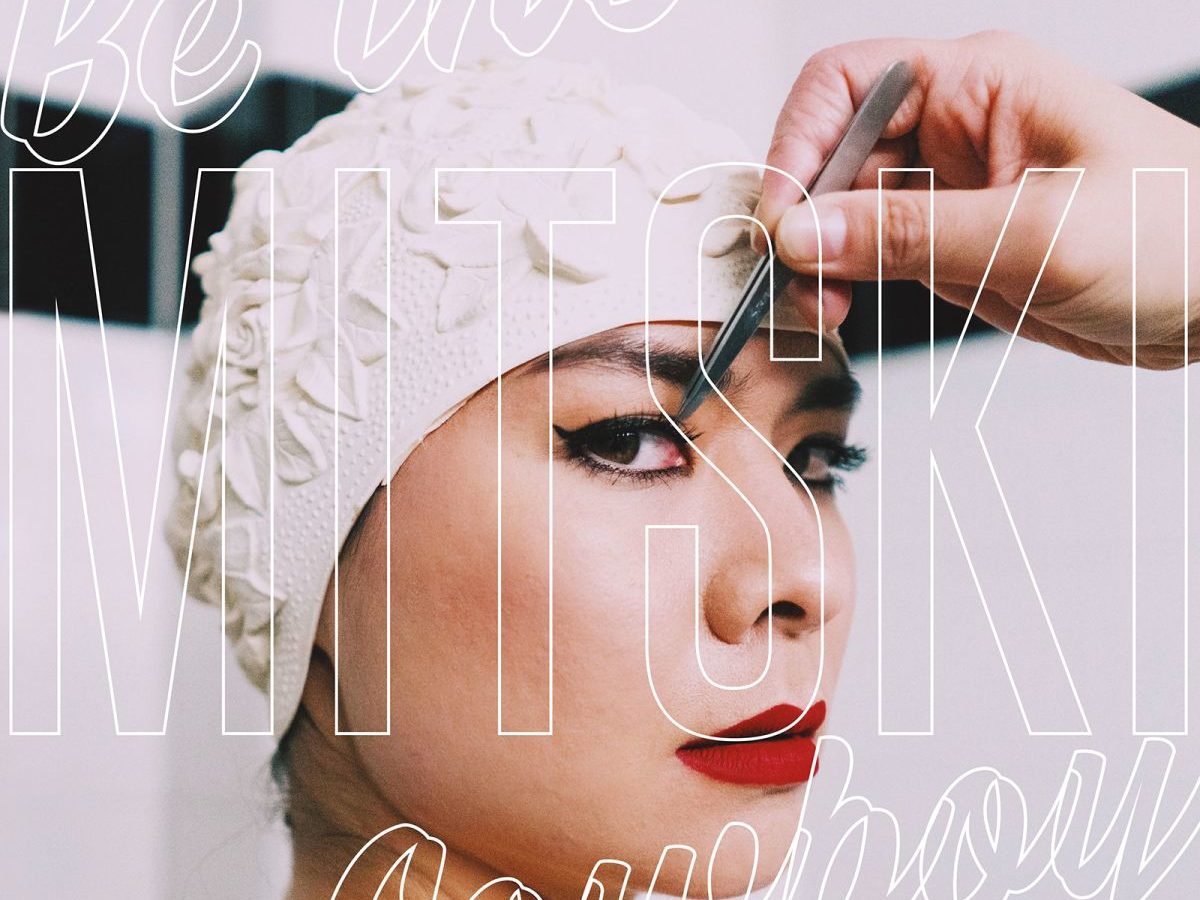 Mitski‘s “Be The Cowboy” is now out on Dead Oceans.

Two years after her career-breakthrough album “Puberty 2”, Mitski goes full art-pop in her fifth studio LP. Eschewing the guitar-based abrasiveness of her earlier work in favour of a poppier sound, “Be The Cowboy” finds the Japanese-American singer-songwriter at the most straightforward and accessible she has ever been. It is a left turn that somehow manages to not come off as one, one of those rare albums that serve both as outliers in an artist’s discography and as an entry point for people not that familiar with her work. A bona fide pop album from beginning to end, “Be The Cowboy” is brimming with huge choruses and carefully adorned by horn and string arrangements. It’s the kind of bold move reminiscent of prior career left-turns by female trailblazer artists like PJ Harvey or St. Vincent, a confident and successful plunge into pop music that retains the melodic strengths of her early work while expanding its sonic palette.

If there is a recurrent trend throughout “Be The Cowboy”, that would be the album’s refusal to stay put in one place. Gone are the grunge-y loud-quiet dynamics of “Your Best American Girl” and the Guided By Voices-inspired crunchiness of “My Body’s Made of Crushed Little Stars”, here replaced by softly strummed acoustic guitars (see the 60s pop-inspired “Lonesome Love”), droning keyboards (“Geyser”) or electro-tinged basslines, as in album highlight “Why Didn’t You Stop Me?”. Only intermittently does Mitski’s reliance on distorted guitars appear on this album, as in the Pixies-esque “Remember My Name” or in the final outburst in the lead single and stand-out track “Geyser”.

It wouldn’t be unfair to claim that “Be The Cowboy” just fails to reach the peaks of her stronger work, but it does succeed in providing a welcome twist on her identity as an artist while playing to her strengths as a musician. Nothing on this record is as emotionally resonant as “Your Best American Girl” or “Francis Forever”, but she has turned around that lack of generation-defining songs to deliver the most compact album in her career. While “Puberty 2” and “Bury Me At Makeout Creek” seemed to be painstakingly built around their strongest songs, “Be The Cowboy” is the best Mitski album at functioning as a consistent work of art where most tracks belong to the same tier.

Though she keeps changing customs throughout the entire album, there is a strong sense in melody in each of these songs that is unequivocally Mitski. Her song-writing has shifted shape on this record – it is almost unpredictable melody-wise, a few songs boasting an almost Sparks-esque theatricality helped by the myriad arrangements she’s brought on board this time round. Released as a single a few months before the album was out, “Nobody” is representative of her stylistic left-turn. A piano-lead banger that would’ve been a chart-topper if we lived in a better world, “Nobody” has Mitski endlessly repeating the song’s title over 70s-inspired funk guitars and bassline, going so over the top that she even manages to make some of the corniest key changes in recent popular music seem like an earnest artistic expression.

No matter how multifarious it might be, “Be The Cowboy” is undoubtedly a Mitski album at its core. The surface has changed, but there remains a sense of angst and longing (half the lyrics of the album are either about her wanting to kiss somebody or wanting to be kissed) articulated through her idiosyncratic song-writing and lyricism: “Does it smell like a school gymnasium in here?”, she sings in the opening line of the starry-eyed “Two Slow Dancers”. A slow-tempo closing track embroidered with cinematic arrangements, “Two Slow Dancers” serves not only as a heart-wrenching and reluctant welcoming of the passing of time (It would be a hundred times easier if we were young again / But as it is / And it is /We’re just two slow dancers, last ones out) but also as a hint of what might be in store for her. Just as “Happy” previewed the more art-pop route that she has gone on with “Be The Cowboy”, it would not be particularly surprising if her next album is a collection of moody ballads in the style of “Two Slow Dancers”, just as PJ Harvey followed what was the most accessible material in her curriculum with the chamber pop White Chalk.

From the epic last minute of opener “Geyser” to the The Cars-meets-Vivian Girls power pop immediacy of “Washing Machine Heart”, “Be The Cowboy” is an instant reminder of Mitski’s compelling gifts as a songwriter. Though some will certainly miss the heart-on-your-sleeve candidness of her earlier work, she has succeeded in finding a way to grow as an artist without letting go of her trademark song-writing tropes. Each of these 14 songs unveil more about Mitski, working as a window into the mind and heart of one of the most fascinating artists of our day.