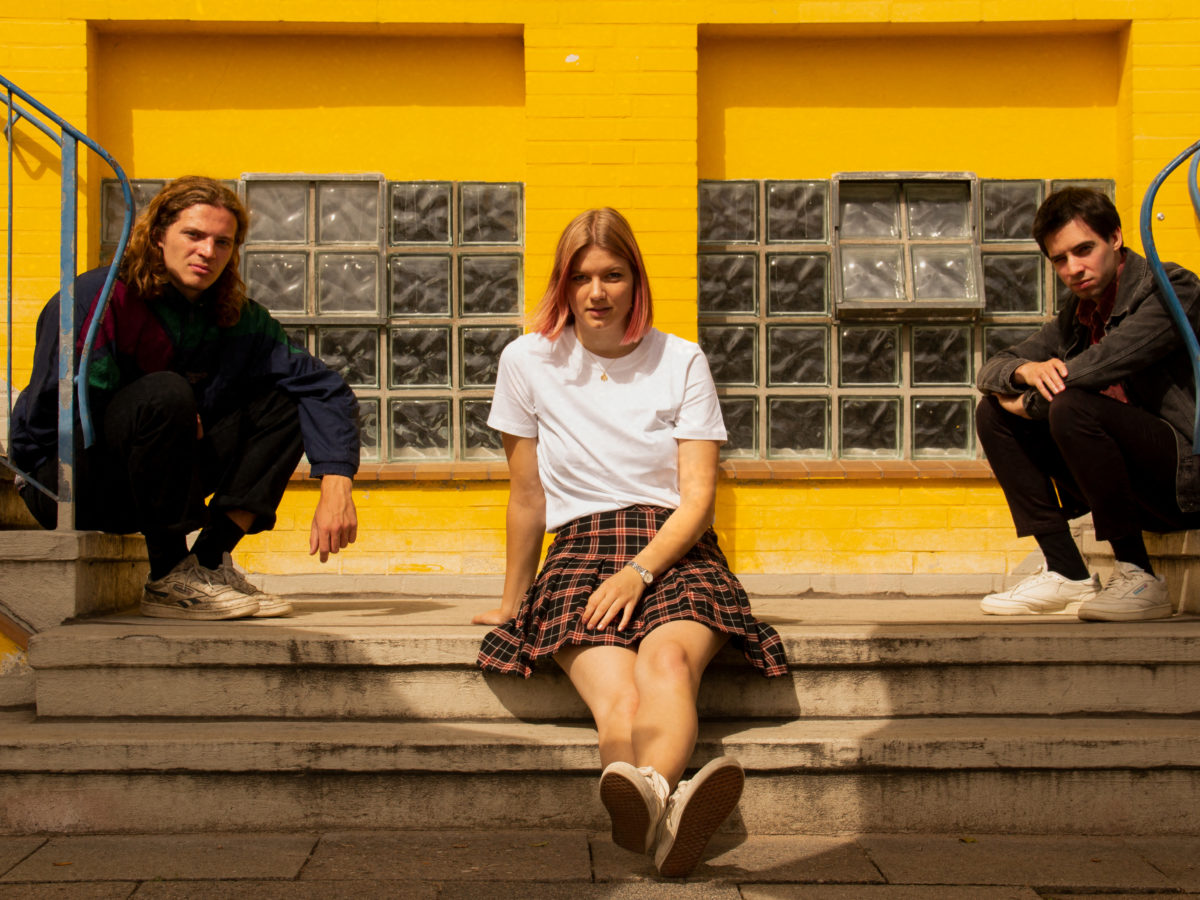 Following the success of their debut single “I Wish”, Roller Derby once again provided us with the goods in their retro-tinged, wistful follow-up track “Flying High”. Combining new wave, dream pop and sixties pop with their very own melancholy sound, Roller Derby pull from the past without sounding outdated or redundant.

Recorded completely in analogue form courtesy of producer and sound engineer Dennis Jüngel, “Flying High” is swathed in warmth despite the underlying sombre edge that seeps into the track. Between the upbeat synths and the dreamy, sad guitars there’s a beautiful dichotomy formed. This is representative of their aesthetic as a band as they describe their music as being “about the longing for love and enduring loss without losing its lightness.”

Further to this, Philine Meyer’s vocals toe the line between floating and deeply grounded. Clear yet somehow muted – much like the aura that the band emits – her voice possesses real gravitas without overpowering the carefully constructed hazy sonic backdrop.

Premiering today on HighClouds, the accompanying music video to “Flying High,” directed by Anja Gurres, charts the “longing and dreaming of another person, which robs you of your sleep. But even the most beautiful illusion cannot be touched – because dreams are untouchable.”

Starring actress Laura-Sophie Warachewicz and Roller Derby’s vocalist Philine Meyer herself, we see the women face off against each other. Locked in a polarised state, repelling each other like two ends of the same magnetic pole, perfectly synchronised in their opposite movements. All this with smiles on their faces, before reverting to a thousand-yard stare just as sleep takes them into a faraway place.